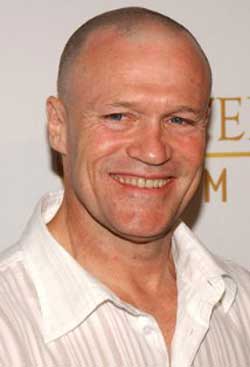 Janel: THE WALKING DEAD is one of the best shows on television; did you think the show would become as successful as it is?

Michael Rooker –No… no way. I’m glad it did, of course, but I had no idea Middle America would be so willing to accept zombie heads exploding on their television sets! It makes me very happy because I’ve been ready for something like this for a very long time! [laughs]

Janel- You attended several conventions, what is your favorite thing about going to conventions? (We love when you do! Thank you)

Michael Rooker – Oh thank you. I love being at the convention and meeting the fans. Not only the Walking Dead fans, but Henry, Dark Half…meeting two or three generations of fans. You have people bringing their kids and grand-kids, and it’s wonderful. I really like, when I have a chance, to hang out with fans after a long day and just chit-chat.

Janel- Okay so imagine there is an apocalypse, are you a Survivor or a Walker?

Michael Rooker- [laughs] well that’s a silly question….or rather, let me say, there is no question. I’m a survivor.

Janel- You portrayed so many characters. Who do you identify with the most out of all them?

Michael Rooker- Several actually, and they’re the ones that have a very staunch moral code, are tough, and don’t take sh*t from nobody.

Janel- Who are a few of your favorite Authors and Directors? 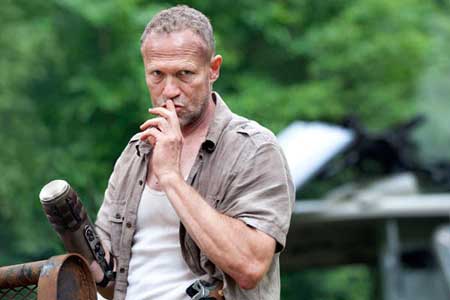 Janel- Henry: Portrait of a Serial Killer is among the Horror world’s favorite films. Do you think the film opened doors for writers, actors and directors to be more creative in the horror world because your work was so good?

Michael Rooker- In certain respects yes. It was the way we did the work I think. It was such an honest portrayal of some tough material considering how little money we had, and it turned out great. 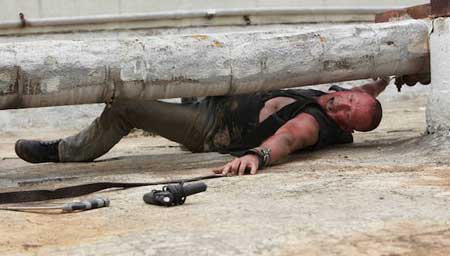 Janel- Who inspires you in life?

Michael Rooker- Life inspires me. For me, it’s not a matter of whom.

Janel- What is something random that the fans do not know about you?

Michael Rooker- I don’t think alcohol and sex should ever be mixed … [pauses]…alcohol makes me sleepy!

Janel- You have done so much and accomplished so much, is there something you would love to do that you have not yet done?

Michael Rooker- I’d like to make a hole-in-one without even trying. [giggles]

Michael Rooker- I have not met so many crazy people online or anywhere else that were so supportive! I find myself drawn to them so much….they share my crazy. [laughs] I’ve always been a CB fan, and using a CB is a form a social networking…sort of a before the Internet way of reaching out to people. The online fandom for the Walking Dead is a continuation of that.

Janel- Thank you so much and I wish you all the best and we are all looking forward to Season 3 of THE WALKING DEAD! You are a true talent! Thank you Sir and I hope you participate in the interview.

Michael Rooker- Thank you for reaching out to me Janel! I appreciate the interest and can’t wait to hear your, and all the fans’ reactions, to season 3 of The Walking Dead!