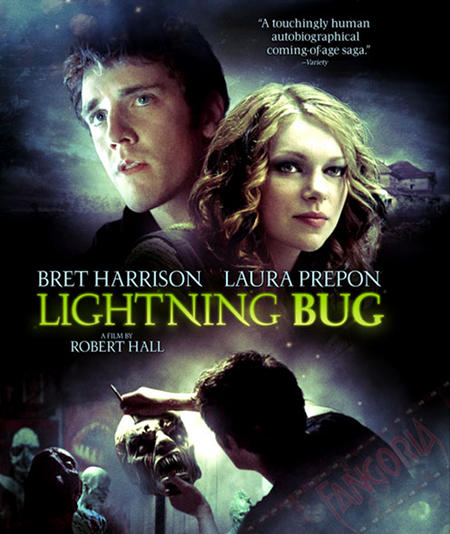 One of my first experiences when I started doing this whole “horror reporting” thing many years back was getting an advance screener of a little film called LIGHTNING BUG from a then pretty unknown first time director named Robert Hall.

He sent along a DVD-R screener and I was promptly blown away.

I was writing for the now defunct Creature Corner then and have long since lost my review but needless to say, it was highly complementary and for good reason. The flick kicks ass.

Now the good news, LIGHTNING BUG is coming to Blu-ray.

Fango spoke with Robert about the upcoming releases:

“In addition to the theatrical cut, the disc will include an Extended Cut that has never been seen before. It contains an entire subplot with Don Gibb in a hilarious role that was cut from the previous Anchor Bay version for time. We’re also working on a retrospective with all-new interviews with the key players that we’re hoping to include if we can get it done in time.”

As for the movie itself, “It has been completely remastered and restored from the original print and color-corrected for Blu-ray, supervised my myself and DP Brandon Trost. We also fixed and enhanced some visual effects shots now that we have that luxury. It has never looked this good.”

IMAGE will release the disc on Jan. 15th, 2013 through Anchor Bay. Now you’ll have something to spend that money on that you get for Christmas.