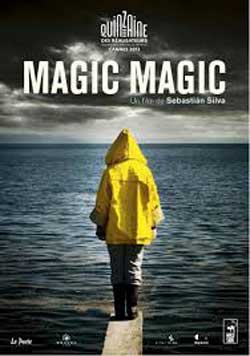 In remote Chile, a vacationing young woman begins to mentally unravel; meanwhile, her friends ignore her claim until it’s too late.

“Magic Magic” is really not a traditional horror film, if you can call it that at all. In fact its first hour is spent following the discontent of one vacationing Alicia (Juno Temple) who is invited to spend some time in Chile with her cousin Sarah (Emily Browning) and her friends. As Alicia is greeted by the group, much of the film is rudely spoken in Spanish despite the uncomfortable nature it presents to Alicia. Sarah alerts Alicia that she’ll have to attend a few days back at school after which she’ll join up with the rest of them. 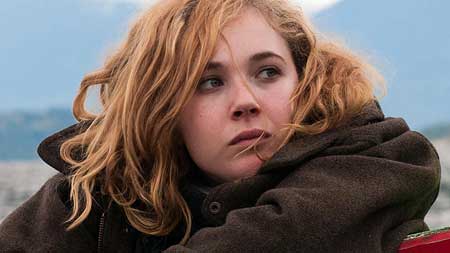 This doesn’t sit well for Alicia who feels uncomfortable with the remaining 3, Brink (Michael Cera), Barbara (Catalina Sandino Moreno) and Agustí (Agustín Silva) who despite being playful still seem as un-hospitable as they can be. It is wise-cracking Brink who really gets under Alicia’s skin asking awkward questions against his shallow sense of humor. Not before long, it becomes apparent to Alicia that the group is a bit of sadists who don’t seem to mind leaving stray dogs in the wild and shooting birds from tress. While this might be wrongful, it still never feels as sadistic as Alicia “seems” to act like it is. I suppose I expected more for the reactions she was giving, perhaps something darker and more memorable. Sarah does return to comfort Alicia, which still doesn’t seem to fix the island anxiety that has set in. 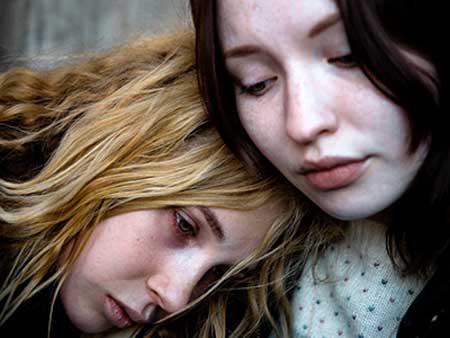 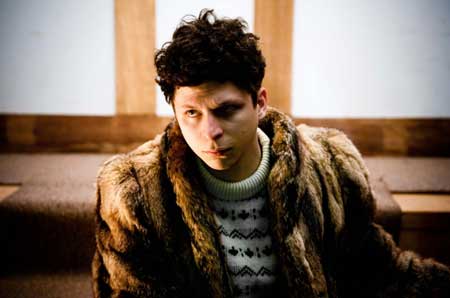 Alicia begins to lose it, but not in a typical horror psycho kind of way. She begins to show signs of sever anxiety, delusions, and a just plain “awkward to be around” kind of vibe. This seems to manifest out of her isolation and constant antagonizing that the group hands to her on a daily basis. What’s it all allude to? A form of mental break down that pushes against her sanity. The clincher seems to come from an experimental hypnosis session which is never quite clear as to its authenticity or not. We tend to assume so, as Alicia causes a severe burn to her hand.

While all this appears to be leading up to something, that something really never delivers in the way you might assume it to. The plot seems to droll into nothingness climaxing into a fizzle rather than a bang. 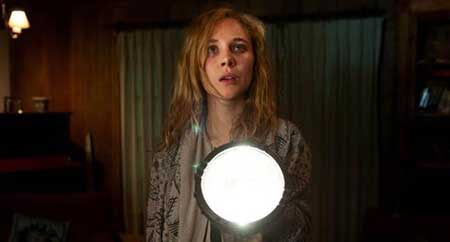 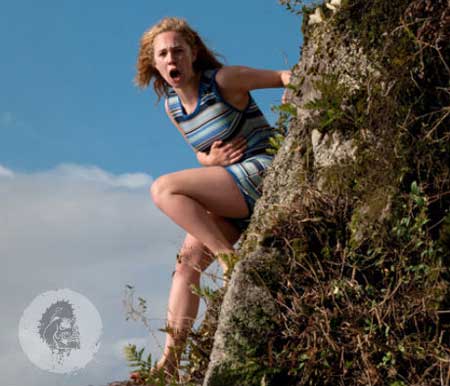 They are calling this one a Chilean psychological thriller film. So what’s so creepy in this film? Not much, but I’d have to say the jet-black haired performance of Michael Cera, who comes across more as a butt head than anything. Not the funny kind, but the slap him to the head kind that serves the film’s motive for a slow unraveling performance by Juno Temple. 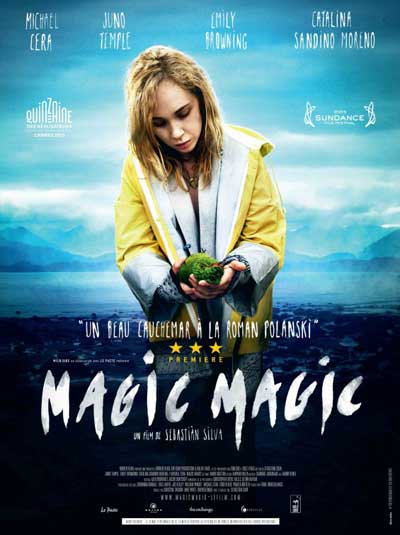 Ok, let’s round this one up as I really was at point where I couldn’t wait for this to end. Complaints? Several…. too much Spanish speaking, no real plot, no horror, no real ending, too dark to see most of what going on…shall I stop there? I suppose the director/ writer Sebastián Silva was trying to go the route of films like “Martha Marcy May Marlene”, however I didn’t feel as connected to his journey as I would others of its kind. As this rounded to a much needed credit close, I still scratched my head as to why he named it “Magic Magic”? While I should resist the pun, I will have to say it regardless………Magic Magic is one act that should disappear from the abyss it came from. Those who enjoyed, more power to ya, I just was one that did not.