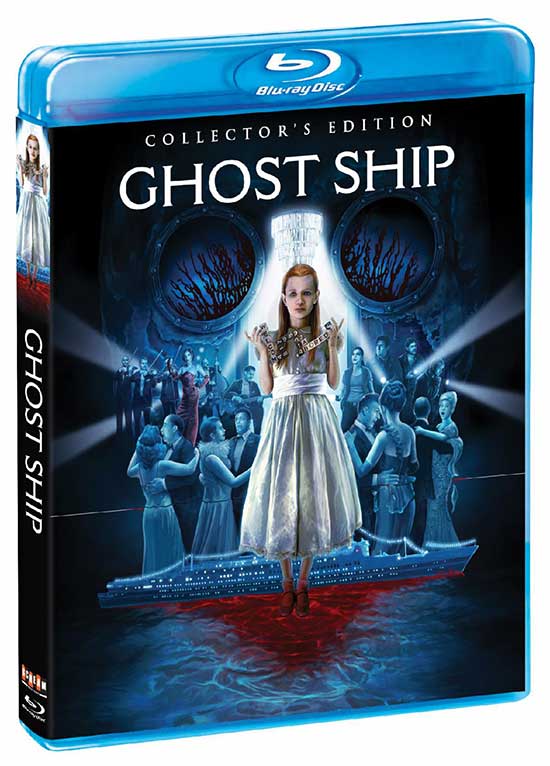 A salvage crew that discovers a long-lost 1962 passenger ship floating lifeless in a remote region of the Bering Sea soon notices, as they try to tow it back to land, that “strange things” happen…

“Ghost Ship” arrived in year 2002 with a title that you’d swear you’ve heard before. If I’m correct, there was sort of a trend with water horror at the time for reasons I’m not that sure of. In any event, there were a few films over the years with the title “Ghost Ship” behind them (most lesser known). Now if you were around at the time, you could have easily mistaken this for the 1980 film “Death Ship” which basically fashions the same cover (yep, check it out). No it was not a re-make, but you might say it perhaps borrowed some inspiration. The plot to the “Ghost Ship” feels awfully like the beginning to “Deep Rising” and a few others I seem to recall.

The film rose quickly above others with its pretty beefy star cast behind it. I had a feeling at the time whether it was liked or not it would still make money on that aspect alone (for the record, its gross doubled its budget of 35 million). Filmed in the waters of Australia, “Ghost Ship” was indeed a well-shot film with a great production look to it. But was it scary? I’m not that convinced. 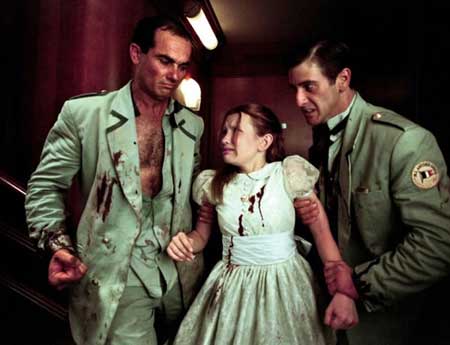 To start things off, recent “Sucker Punch” fans can find an early performance by actress Emily Browning who plays the little ghost girl in the film (I think we’ll all agree she grew up quite nicely). The movie has actor Gabriel Byrne playing the salvage captain Murphy. Him and his team head out to sea to bring back salvaged equipment and metal parts for resell. When the group is approached by an anxious researcher (Desmond Harrington), he offers them a chance to salvage a long forgotten abandoned ship lost to the Bering Sea. The potential to earn a hefty return from the deal is too big to pass up and the crew heads immediately back out to sea. The crew consists of (Julianna Margulies) Epps, (Ron Eldard) Dodge, (Isaiah Washington) Greer, (Karl Urban) Munder and (Alex Dimitriades) Santos. 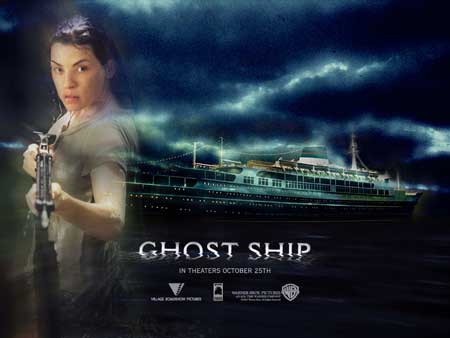 Upon locating the lost ship “Antonia Graza” (which at first appears off the radar), the team climbs aboard to claim salvage loot. Though it’s pretty evident early on that the ship is not “quite” what it seems with the weird appearances of ghosts, objects, and the occasional manifestation of the ship’s decor before it was inflicted in tragedy.

To get us engaged right from the get-go, we are taken back in the films intro to the time when the ship was in full swing (1962). In one of my favorite horror film moments, a cable breaks free slicing entirely thru the occupants who are in mid-celebration (aka the Captains Ball). This is fantastically done as each of the ship’s guests begin to fall into pieces (after an uneasy pause). If you don’t end up liking the film, you have to at least acknowledge this great intro opener. 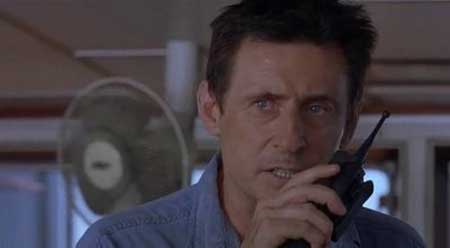 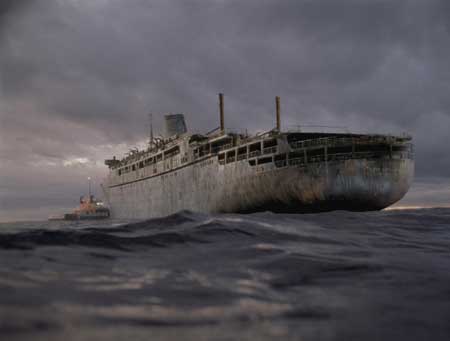 Getting back to the story in progress, the crew happens upon a large shipment of gold bricks. This find signals instant riches for the team as they prepare to gather their claim and call it a day. However, the ship seems to have its own agenda for stranding them causing their own ship “the Arctic Warrior” to burst into flames.

Celebration turns to terror and tragedy as each slowly becomes victims to the ships dark forces. We learn a bit more about what happened with a few surprises waiting down the road about what is “really” going on. 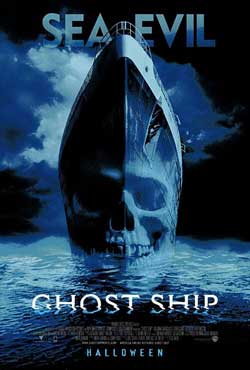 While the movie flows rather nicely with plenty of great shots, we seem to be missing much of what we came for…….the scares. I believe perhaps that the production focused more on trying to kill off some of the crew members moreso, that they forgot to really focus more on the needed tension. The actors and cast all gel pretty well which didn’t surprise me with “Ghost Ship’s” worthy cast behind it. What I did like is that as mentioned before it has a “few” reveals in its storyline to throw at us. I think with the base of the film itself, most didn’t really see these coming. The final ending is a nice extra roundup which despite not being scary is a great rule of thumb in filmmaking…..end the movie on a strong finale. I won’t give away the ending but astute viewers will quickly associate its reveal to an old character of lore.

Horror fans will notice some direction similarities especially in relation to the other water film “Deep Rising”. To date I really haven’t seen that much in the way of scary ship films. I’ll have to throw out a small mention of the move is “Below” which in same fashion is about haunting on the open sea (submarines in that case)

“Ghost Ship” was originally conceived as a “bloodless psychological horror” that was beefed up to appeal more to genre audiences. Despite it lacking in audience scares, I’ve always regarded the film as still a strong entry into water-horror films. There is alot of action, thrills, and story to keep you engaged. In short “Ghost Ship” is still pretty cool.