Home | Lovecraft’s ‘Color Out of Space’ Announced per BrinkVision 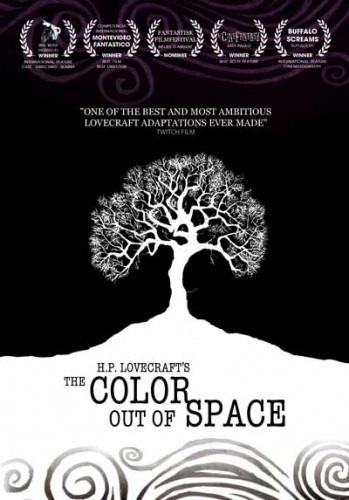 BRINKVISION RELEASES H.P. LOVECRAFT FILM “THE COLOR OUT OF SPACE” WITH A U.S. RELEASE DATE OF AUGUST 21st

Arkham, 1975: Jonathan Davis’ father has disappeared. His tracks lead to Germany, to the Swabian-Franconian Forest where he was stationed after the Second World War. Jonathan sets out to find him and bring him home, but deep in the woods he discovers a dark mystery from the past. Based on H.P. Lovecraft’s short novel “The Color Out of Space”.

DVD. **The book is the original story in the shape of a small faux notebook diary – the typeface is based on the handwriting of the famous writer himself. This is limited to only 200 copies, so get your copy before they sell out