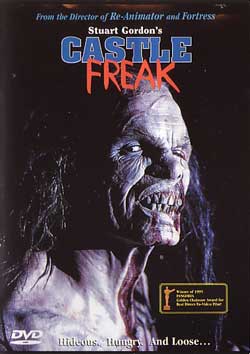 A recovering alcoholic and his grieving wife and daughter inherit an enormous Italian castle left to them by his estranged mother. What she left out of the will is that they’ve also inherited the sexually frustrated monster living in the basement. There’s always a catch.

It was while watching Castle Freak that I was struck with a sudden realization – that Stuart Gordon might just be my favourite horror director of all time. Everything the Master of Horror does seems to hit my sweet spot just the way I like it. From his classic Re-Animator to the wonderful (and, in my opinion, superior) From Beyond and underrated Edmond, Stuck and King of the Ants, I’ve never not enjoyed a Stuart Gordon movie. Admittedly, I have yet to see The Wonderful Ice Cream Coat. 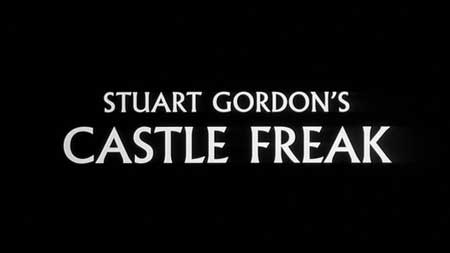 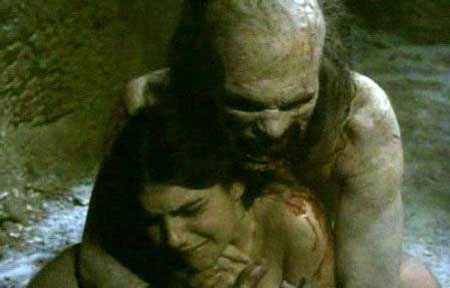 Another Stuart Gordon adaptation of a HP Lovecraft story? Yes, but this is no lazy rehash of Re-Animator. Loosely based upon Lovecraft’s The Outsider, it once more teams cult favourite Jeffrey Combs up with Barbara Crampton and puts the pair of them through hell. Jeffrey Combs is to Stuart Gordon as Bruce Campbell is to Sam Raimi. But when the pair’s collaborations yeild such fruit as this, Re-Animator and From Beyond, it’s hard to be-dgrude them staying in their comfort zones.

The pairing of actor and director are about the only things which feel comfortable in this grubby little movie. Where Re-Animator and From Beyond were fun, if mildly sleazy in a cheeky sort of way, Castle Freak is much more disturbing. Lovecraft was an author infamous for his sexual repression (that, and the racism) but Gordon has no room for things bubbling beneath the surface. Sexual desire and frustration is the driving force of Castle Freak, from John Rielly’s desire to reconcile with his wife to the monster’s sexual urges. This culminates with Combs with a prostitute in the basement, and the monster biting her boob off. It makes for uncomfortable, disturbing viewing. Some of it feels to be in very bad taste, but Gordon and Combs manage to pull it off. There’s a reason Lovecraft left out all that sexuality he was so scared of – if this is anything to go by, it’s damn creepy when someone does bother integrating it with his mythos. At least it’s not Alan Moore’s horrifying Necronomicon though, which is at least 60 percent rape. 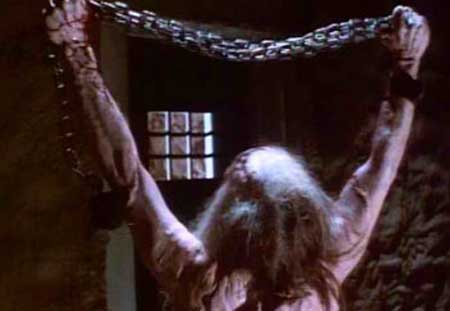 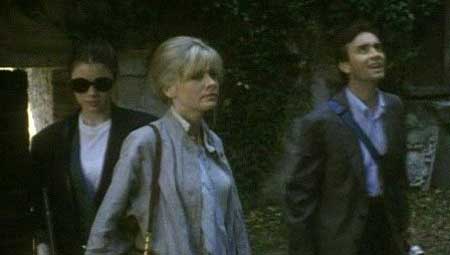 One thing’s for sure – Castle Freak isn’t your typical Full Moon feature. There are no puppets, no animatronics nor even any dwarves. On their part, this seems to be a serious attempt at making a proper horror movie. Thankfully Stuart Gordon is more than up to the task. As usual he takes a great many liberties with Lovecraft’s original story, but keeps the overall vibe of the author’s work (apart from the racism) and meshes that with his own sensibilities. Much as I’d love to see a faithful H.P Lovecraft adaptation, I like seeing Stuart Gordon movies more. He even managed to get a decent performance from Mena Suvari in Stuck. 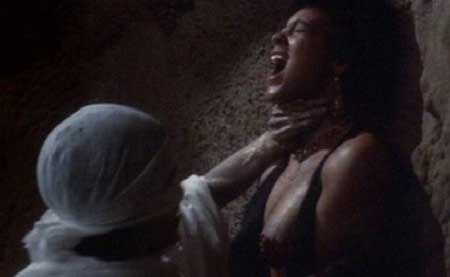 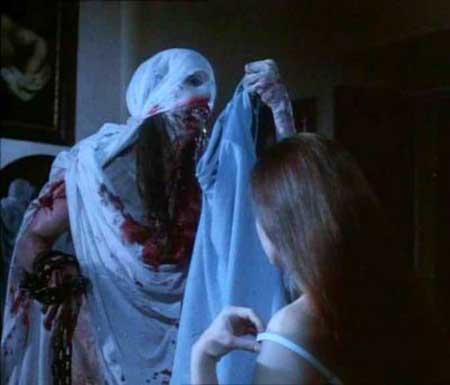 Castle Freak is a gem. It’s scary, gruesome and disturbing. It’s excellently acted by Jeffrey Combs and Barbara Crampton. The cinematography, location, gore and special effects are outstanding. The creature design is awful (in a good way). Stuart Gordon’s direction is, of course, great. The plot with Rielly’s blind daughter seems somewhat obvious, but thankfully it doesn’t take as distasteful a turn as the one with the prostitute. It’s a minor work when compared to Re-Animator and From Beyond, but no less effective. In spite of its flaws, it ranks amongst the best Lovecraft adaptations of all time. Admittedly though, there’s very little competition in that department (hurry up and let del Toro make his Mountains of Madness already). 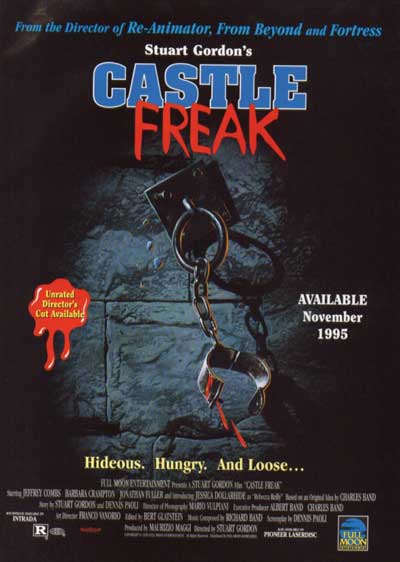 I may be biased with Stuart Gordon being my favourite director and all, but Castle Freak really is worth a watch. Like the beast in the basement, it’s wallowed in obscurity for long enough.