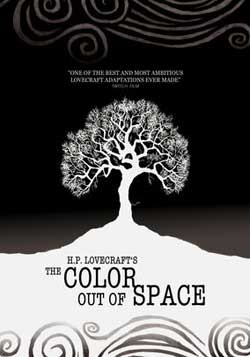 After a private detective deems Jonathan Davis’s father officially missing he decides to embark upon a journey to find the estranged. He ventures into Germany where he was last seen stationed in the Second World War. In a nearby village he asks the local patrons of a pub if he’d seen his father. One gentleman at last divulges how he’d known the man’s father along with a very sinister tale that is simply out of this world.

The Colour Out Of Space is originally an H.P. Lovecraft tale from around 1927. It’s evident to see why director Huan Vu had chosen this literary classic to translate onto the big screen. The story within itself carries all of the essential elements of an effective, chilling tale. A first person narrative that shifts from one persona to another is multi-layered in essence yet carries a certain mystique, drama and supernatural sci-fi flavor to it. Shot in clear, crisp black and white this German export carries a definitive nostalgic feel to it that surely even the average horror fan will get. By the final act it is crystal clear why this style of cinematography was utilized. It pays off in skin crawling splendor once the heart thundering terror arrives, lurking from the darkness. 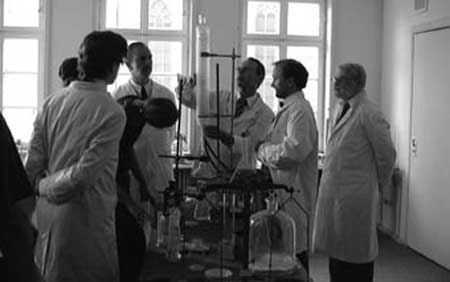 Although the original dialogue is in German with English subtitles, there really is not much lost in translation or is the film one of those annoying, pretentious artsy pieces where we invest more into ‘reading’ the movie than watching it. In all honesty I watched this classic strictly in German the first time and pretty much got the gist of it. The English subtitles are mere guides to keep us on the straight and narrow path.

Undeniably Die Farbe exudes an element of innocence. It is only natural considering the time frame for which the tale was originally conceived. Yet when a story of this caliber includes protagonists with such steadfast purity, almost childlike naivety I find it further enhances the magnitude of the evil and horror. The Gartener family is merely a farming union, hard working people investing goodness into each and all they do with deep values and morals. When they’re plagued with drought, isolation and insanity it tears their very fiber apart and makes the terror all the more real. 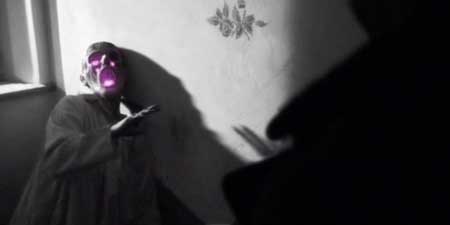 An orchestra rounded out an eerie soundtrack that dramatically enhanced this film. A string quartet or horn section I find is best in rising tension and keeping the viewer on the edge of their seat. Many of the echoing sound effects are enough to make even the most cynical of viewers cringe in fear from the interplanetary unknown.

The scenes where scientists investigate the fallen meteorite are done particularly well. Anytime a suspense, thriller or horror tale slots in an investigative team it seems to add some credence and merit to the story. We want to know officially what on earth has gone on here. When even the team of scientists is baffled by the spoiled crops, deranged wildlife and psychological ramifications it thickens the boiling pot of unease even further. We have a bona fide scream feast on our hands. Hysteria is on the brink. 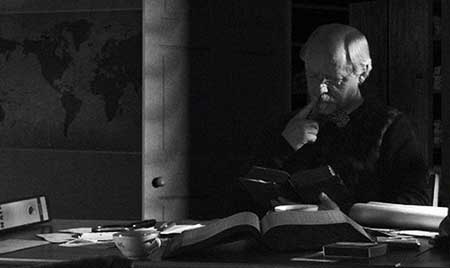 One may not expect the special effects or make up to be all that extraordinary for a black and white picture. Rest assured there is some terrifying, gut wrenching sequences here. Most notably is when Armin Pierske played by Marco Leibnitz finds a decaying corpse first in the attic, then in the kitchen. It’s enough to make your popcorn churn within your bowels, spew projectile or at very least chill your bones to the core. 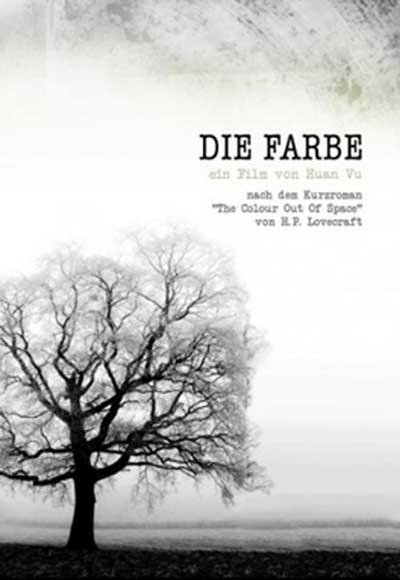 The Colour of Outer Space may not be for everyone but discerning fans of nostalgic horror will find this a real treat.  H.P. Lovecraft’s original publication of this tale can be found in the science fiction magazine Amazing Stories, the September 1927 edition. Lovecraft was reportedly paid $25 for his efforts.

-Four out of Five Tombstones