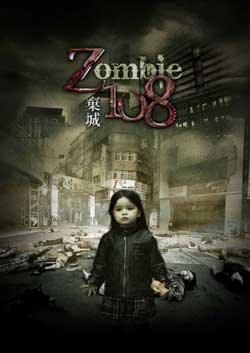 Looking for more zombie movies? How bout Asian zombies? This latest Taiwan film directed by Joe Chein (toted as the first zombie film for Taiwan) begins its story in the vein of its influences. Namely 2004’s “Dawn of the Dead“ and 2002’s “Resident Evil“. Per the intro titles, we are told about a viral outbreak that is occurring in Taipei. The scientist in charge had first made claim with his groundbreaking gene research garnering him the attention of the science world. The research earned him an award. 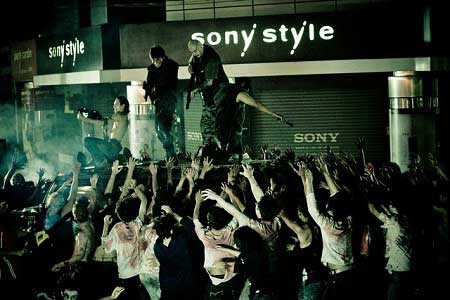 The scientist took it further by conducting experiments on humans. There was one catch…the side effects. The humans became ravenous and aggressive leading up to high contagion. Soon after he was involved in a drunk driving hit and run leading to alcoholism and then the break up of his family. His research was left behind leaving a number of corpses discovered later to be injected with an antidote now called, “z108“.

Now if you didn’t get that all it’s ok as it all swings by pretty fast. In any case, you know the drill. It’s the same sort of origin that had launched quite a few movies on the same basis. Perhaps we don’t even need a prologue anymore, as we figure zombies always seem to either rise from an viral outbreak or from a day when the dead simply start to awake as the living. 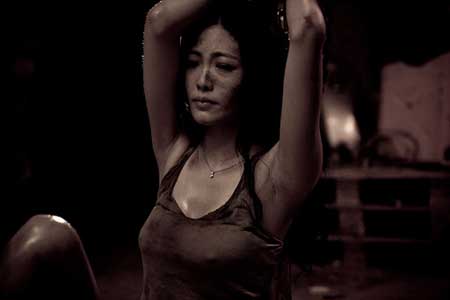 The look of “Zombie 108 ” is square-on with a professional production and a clean color-toned overlay. We got plenty of hungry flesh eating zombies that will break thru windows, doors and charge after you just to take a bite. And we’ve got a Army and SWAT team that are busy quarantining and rounding up survivors. This of course is in addition to blowing the heads off charging viral savages.

I do have to ask a question that struck me as funny (most of the time). Why is it that Asian actors or the characters they are representing always speak to each other in a bellowing yell? “did you round up the team?”, yes sir!!! (as they both shout back and forth (for example) Then you have to add the other factor that is sort of a trademark. They are always in a hurry, rushing into battle, giving orders, and getting killed off in numbers. The yelling was still amusing. 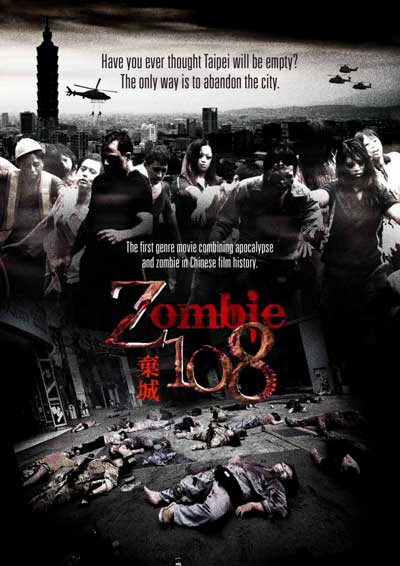 The film has a few things going on that it took me some time to start putting the pieces together. We have an overweight drug running mafia boss who runs a strip club while indulging himself in cocaine and lots of fine young ladies. We have the 2 American foreigners who I thought might be there for comic relief but soon are zombified themselves. We have another fellow who is putting his face together with piece of flesh while he rapes a collection of women he keeps tied up in the backroom,

There is this odd mix of horror genres occurring. The psycho leather face raper and the zombie outbreak. So maybe it was an all or nothing kind of deal. (We gotta have zombies, a psycho, a SWAT team and strippers!!!)

“Zombie 108” starts to get a bit messy in its 3rd act. There is alot going on here that tends to override the action a bit. We got one militant throwing martial kicks, a banded together team of thugs and soldiers, a psycho who gets overturned by his captives, a few tag-alongs and a serial killer reveal that just adds more confusion. They of course all end up together which makes for a pretty uniquely combination of dynamics going on. Meanwhile the chaos ensues with the zombie outbreak outside.

I do admire when a filmmaker shoots for a mash-up approach, I’m not sure it really works correctly in “this” particular movie. There are far too many ideas in the last segment that you tend to not care about any of them. We also seem to be missing an adequate amount of zombies scenes, which I thought was the purpose of this movie. There’s not much I can spoil in the ending reveal as it feels like one is missing. My biggest criticism comes with the ending which ends on a positive warm note. It doesn’t match the rest of the film and appears like it should have been saved for the 1st act. Taiwan filmmakers will have to learn that horror movies such as these need a great ending if not a surprise “dark ending”. To take us all this way and show slides of family home footage is just not the way to go. 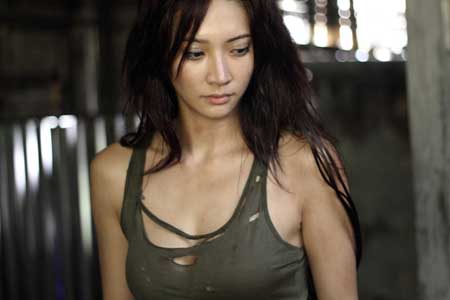 Sometimes being a reviewer is hard call as you want to celebrate the accomplishments, but you also want to point of the derived aspects so that fans know full well what they are getting. On one hand I salute Taiwan for getting into the game. One the other they’ve got “some” of it right and some of it wrong. Viewers would most likely agree on this point if not dismissing it altogether. Still with all said, I’m glad they are mvoing forward with horror products.