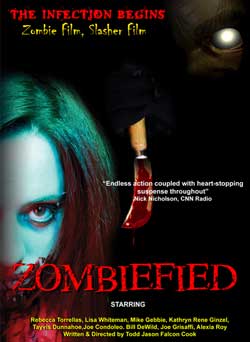 A zombie outbreak begins at a club, leaving locals to fight for survival while a brutal serial killer ads to the body count. Only 2 people know the truth & the infection is just beginning.

Wearing a title that’s indicative of what your about to watch, is not “always” a sure bet. With the title “Zombiefied“, I might be expecting another one of those living dead comedy knock-offs. Though I’m sure viewers will acknowledge the concept of this to be off the cuff or off the beaten path for that matter. Take the traditional aspects of a “slasher” and combine them with a zombie film. Better yet, give the slasher the ability to control and manipulate the zombies to do his bidding. Add in some rock and rock foundation and you got this new feature from the creators at ScreamTime Films. 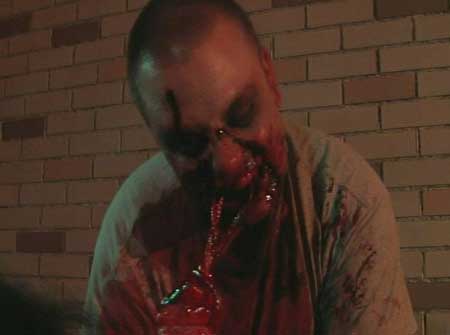 “Zombiefied” refers to the transformation that the town residents begin to encounter when they are exposed to an old rock song from 13 years ago. The band was called “Living Corpse” and somehow created a track that upon listening turns the listeners into instant zombies. Now I suppose you might say it has that “Ring” concept to it. But in any case, when a local rock act by the name of “Kill Order” decides to throw a concert, the sound man happens to throw in a track (on cassette tape) that says “Do not play”. Of course…it “gets” played and while one of the acts is performing turns the whole mass into blood spitting eyes-rolled-back zombies……hence the term “zombiefied”. Now the concept alone reminds me of the 80’s but I tend to favor these original concepts over the generic rehashing. “Zombiefied” is low budget project, so viewers should at least know that much going in. It doesn’t have the pizzazz say a “Resident Evil” film might, however you have to give a few props to the efforts here and their attention to classic framing techniques. 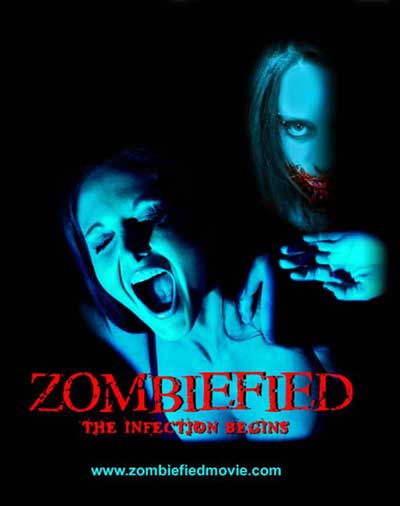 Director writer Todd Jason Cook has obviously sunk his heart into this movie which features a fully appropriate score fueling much of the on-screen action. Zombies? yep there are alot in this one, tearing, ripping, eating and attacking – Romero would be proud!. What is important to point out in this film is that the zombies are results of an audio infection, so to speak. So they can be returned to normal if the players involved can get to them in time. Meanwhile our slasher deemed the “Nixon Killer” taunts his victims with the odd placement of mannequins and a steady body count. In the style of Halloween, “Nixon Killer” also takes a position much like Myers who appears to be invincible and quite strong. 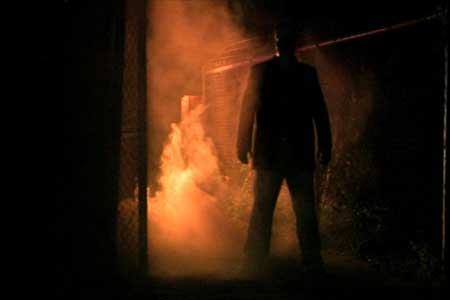 We find out later that Tommy and Angel have been keeping this mess a secret for quite some time (and its effects). Though for some reason the 2 of them have had a hard time getting rid of the tape. I’d call it more of a possessed infatuation than anything, but in short…the tape has struck again. I would imagine there was a prior historical event that proceeded this one, that caused quite a bit of chaos.

Rebecca Torrellas plays Alana, lead singer of “Kill Order” in her first horror feature-starring role. Alana and her band seem to be among the few who “haven’t” heard the tape and can still do a thing or 2 about it. 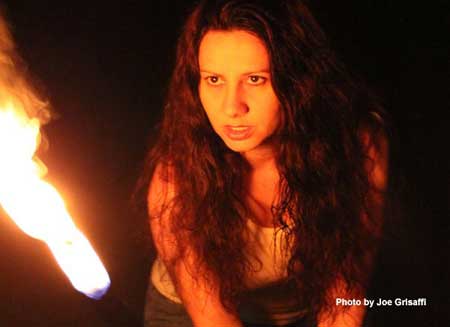 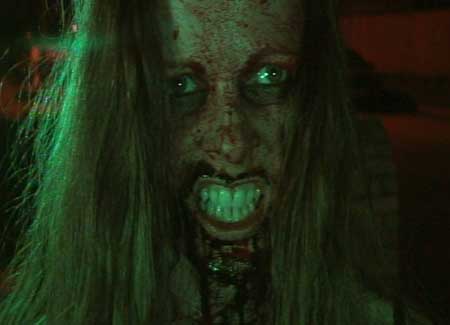 In doing some fact checking, Rebecca took her character name from her idol Alanis Morissette.

The production was shot in Houston Texas with a pretty impressive amount of extras to make the zombie attacks believable. Nothing too over the top here, more like a “Romero” on makeup than say a “Fulci” direction. Even with the equipment available on this one, the zombies were shot still in interesting ways to heighten the scenes. Perhaps it’s the little details that make things work on a bigger level, but I did notice attention in this case. 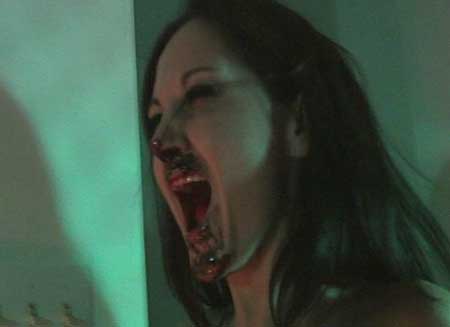 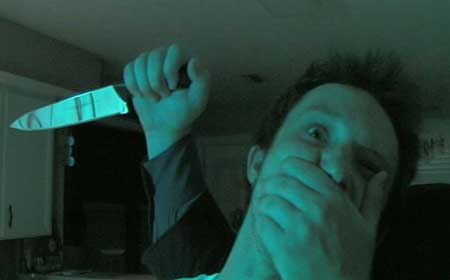 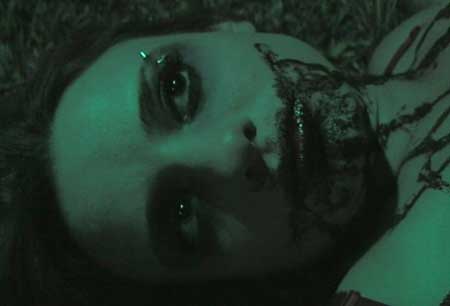 In short, Zombiefied (2012) is a great ode to the classic zombie films with a new twist to boot. If you ever wanted to see a mash-up of Carpenter and Romero influences, this is the one to see.