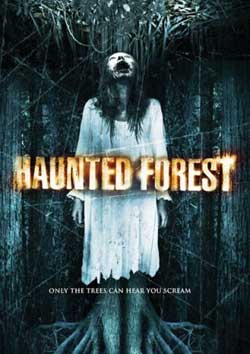 The Indian descendent Sean comes to a forest with his friends Josh and Flipp trying to find the track to a mysterious cursed tree and a secret burial ground. His grandfather wrote a journal about the love of the Indian Satinka and the son of the medicine man of their tribe one hundred and twenty years ago, and how Satinka was trapped in a tree by an evil spirit. Meanwhile, the girlfriends Jennifer and Kiyomi are searching for flowers in the same woods. When Flipp and Kiyomi vanish, their friends meet each other and stay together while a deranged hunter chases new victims for the vengeful spirit of the tree.

I must confess, I’m not sure of the public opinion on this film, but I’ve seen it no less than 7 times. I found it unique in rather un-unique ways. For one, it’s an American film that has much of the stylings and scare factors of some of the top Asian horror movies. However, our vengeful spirit in this case is Indian. If you are familiar with much of the Asian film trademarks, then you’ll quickly realize that director Mauro Borrelli was either inspired or borrowing heavily from them. I say this based on upon years of research into the Asian culture in horror. The ominous creeping limp hands, the peeking eye in weird places, the vengeful female sporting long black hair (and sometimes used when needed)…..it’s all here. But with those factors mentioned it is still all done “really” well (and in perfect timing to serve up the same level of scares if not more). 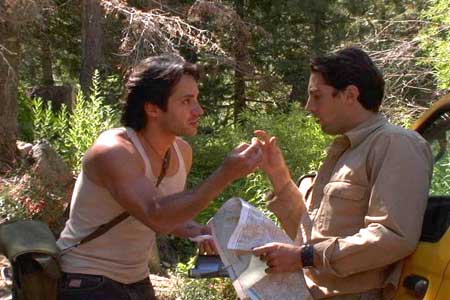 I can tell you that trying to film a forest-based horror movie in the daylight is not an easy task. In fact, a filmmaker tends to lose alot of the edginess and surprise elements that come with creeping around in the dark. “Haunted Forest” should win an award alone for just making these things work in its presentation. We do have a few night scenes but most of the film is shot during the day hours. With that, we get plenty of those creepy “there is something out there” moments executed in perfect timing to the actors response. The intention here is that the forest has been haunted by the deeds of the past. As a result, the spirit of “Satinka” roams around looking for human souls to capture into her lair. The process is done in a surreal way with legs appearing out of nowhere, hands reaching up out of the ground, whiteface ghost shots jumping out of the dark (and light a few times). And to top it off we get alot of it done with the appropriately kinetically jarring stutter movement we have come to love. But with descriptions aside, the film does indeed have a story to tell. 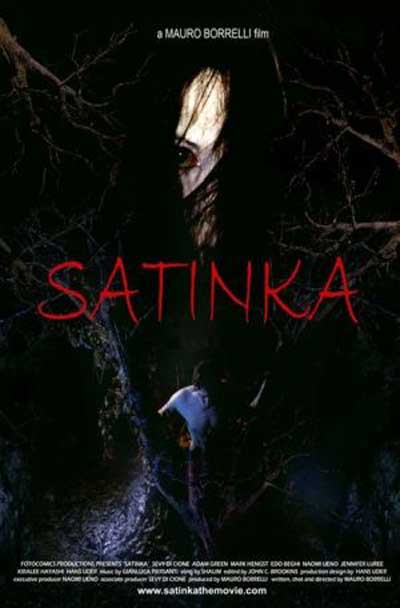 Satinka was the victim very early on of a group of white men who were looking to take over the land from the Indians (120 years ago). Satinka is discovered in the forest with her boyfriend Nodin who also happened to be the son of the tribe’s medicine man. Nodin is shot in cold blood while Satinka takes to a nearby tree for hiding. The tree claims her as “part” of it while the event fuels a long ancient curse in these parst of the woods. Satinka now polices the area looking for fresh souls. The event gives birth to this odd looking haunted tree, which also is rumored to be source of ancient Indian burial.

Now that we’ve established the background we flip forward into the present as 3 researchers follow the lead of Indian descendent Sean (Sevy Di Cione) who is in possession of an old notebook handed down from his grandfather. The team is also following a lead on some photos of this famed haunted tree taken by a nature photographer (who never returned). The 3 of them tend to believe that if they discover the tree they will acquire some sort of claim to fame for locating it. Sean is accompanied by his friends Flipp (Edoardo Beghi) and Josh (Adam Green). They begin their search while the events begin to get creepier with this ominous threat looming overhead. 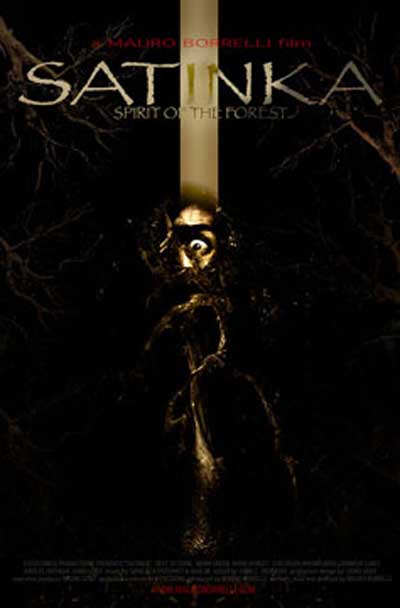 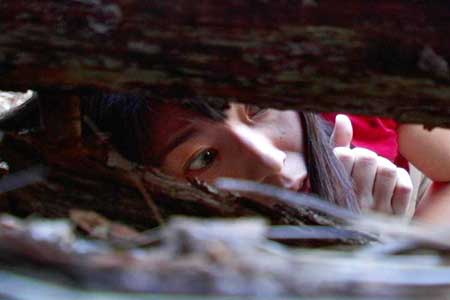 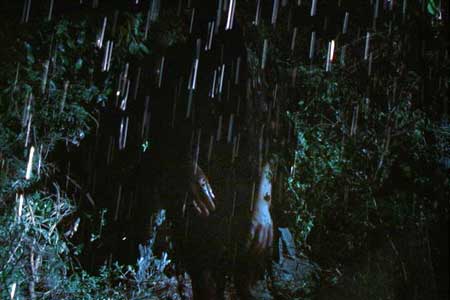 Satinka claims her victims by marking them first per a small thorny branch she leaves poking out of their skin. Not too long after she begins to haunt them with a few trippy appearances before claiming them into her lair. The 3 researchers also come across 2 nature lovers Jennifer (Jennifer Luree) and Kiyomi (Naomi Ueno) who are out colleting rare flowers. The 5 of them jump between getting lost, scared, and captured once or twice. In any case, they can’t leave friends behind which motivates the search for this haunted tree. An additional problem occurs when a whacked out local hunter is possessed by the voice in his head which tells him to bring Satinka more bodies. We’ll call him antagonist #2

The 3rd act has some great effects thrown in with a nice shower of raining blood. I personally don’t think they could have done a “scary tree ending” as well as this one that works (Sleepy Hollow (1999), case in point). 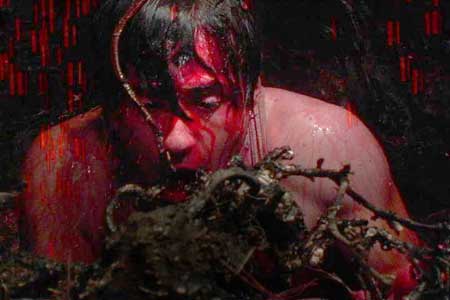 As mentioned in my opener, I really love this film and would easily place it among a list of “films you might never see but should”. I’ve yet to see any more of Mauro Borrelli’s work but plan on making it a priority. I know that there will be many fans who can’t look past the “Ring” aspect here, but should. I don’t think Asian horror styles should be limited to “just” Asian films. I think we can gain inspiration the same ways they have from our Western products. In the end if it creeps you out and works then that’s what really matters.