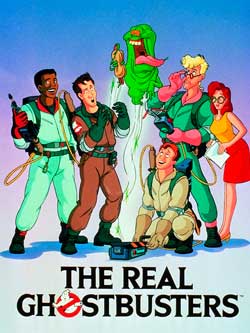 ‘TALES FROM THE CRYPTKEEPER’ AS WELL AS LIVE-ACTION SERIES ‘EERIE, INDIANA’ AND ‘DARK ORACLE’ WHEN IT ADDS THE ‘FUNHOUSE’ WEEKEND PROGRAMMING BLOCK SATURDAY, AUGUST 18 FROM 10 AM TO 12 PM ET

FEARnet, cable’s premier destination for horror, suspense and thriller content, is adding a new two-hour weekend programming block starting August 18. The morning segment, dubbed “Funhouse,” features half-hour animated programs “The Real Ghostbusters” and “Tales from the Cryptkeeper,” as well as live-action suspense dramas “Eerie, Indiana” and “Dark Oracle.” The “Funhouse” block will be broadcast Saturdays from 10 a.m. to 12 p.m. ET and re-aired the next day, Sunday, in the same time period on the linear TV channel.

Now in more than 7 million U.S. homes, FEARnet, with this new weekend morning block, is targeting the same highly-coveted adult demographics, 18-34 year olds and others, which it has been successfully reaching with its feature film acquisitions and original series.

Two-Hour Programming Block is aimed at the Adult 18-34 Demo; Saturday Programming is Re-Broadcast Sunday from 10 a.m. to 12 p.m. ET

FEARnet’s new “Funhouse” lineup marks the first time that the emerging cable network has broadcast both animated and live-action acquired series in a combined themed block of time. In fact, the block will highlight three all-time favorite television shows that haven’t been nationally broadcast in over a decade, and one show, “Dark Oracle,” that has never been available on U.S. stations.

“Our director of programming, Sarah Shannon, and I are constantly looking for rare gems like foreign films, independents or shorts programming that our rabid and loyal fan base will enjoy, but haven’t seen, or maybe haven’t seen in a while. We designed the ‘Funhouse’ block because FEARnet fans love their genre, but they also relish their nostalgia: shows that hooked them as kids still entertain them, and maybe now their own kids too. ‘Funhouse’ opens great opportunities for us to identify and re-introduce popular programming that previously didn’t have a home in our schedule,” said Peter Block, FEARnet’s president and general manager.

“While some cable networks are extremely successful in targeting the adult audience with animated content blocks in late night,” Block said, “We decided to go a different route and provide our viewers with the ability to enjoy programming in a time period that harkens back to weekend mornings of their youth. Moreover, ‘Funhouse’ opens doors to new advertising opportunities due to the programming content.” 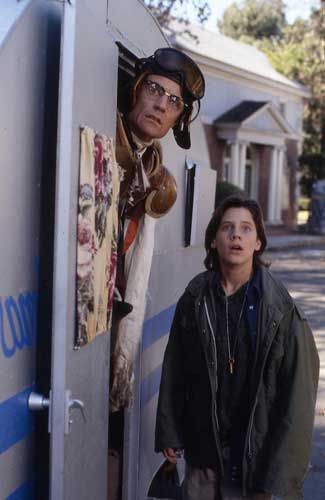 Starting August 18, 2012, FEARnet’s programming schedule for both Saturday and Sunday mornings will be as follows:

“THE REAL GHOSTBUSTERS” (10 a.m. ET/7 a.m. PT) — For the first time in 13 years, “The Real Ghostbusters” (1986-1991) are returning to television to keep the world safe from marshmallow men, pink slime, and a spooky assortment of unfriendly ghosts. This animated series was created by founding “Ghostbusters,” film stars Dan Akyroyd and Harold Ramis, and featured the voice talent of comedian Arsenio Hall, as Winston Zeddemore. “The Real Ghostbusters” makes its FEARnet debut in the 10 a.m. ET spot of the Saturday morning Funhouse block.

“EERIE, INDIANA” (11 a.m. ET/8 a.m. PT) — Marshall Teller’s adventures in the most abnormal “normal place in the entire country” return to television, as “Eerie, Indiana” (1991-1992) invades the FEARnet “Funhouse” lineup. The live-action cult series features episodes directed by genre vets Joe Dante (“Gremlins,” “The Howling”) and Bob Balaban (“Tales from the Darkside,” “Amazing Stories”), and was critically acclaimed for its balance of youthful humor with a dramatic and suspenseful tone worthy of “The X-Files.” “Eerie, Indiana” will premiere at 11 a.m. ET in FEARnet’s Saturday morning “Funhouse” block.