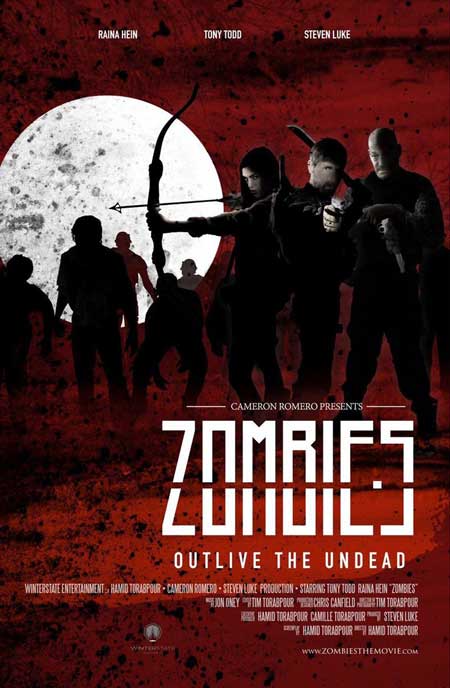 When the world is in shambles, plagued by a zombie outbreak, only the strong will survive, but just how much determination will it take? Will Luke and his crew have enough ambition and ammunition to stay alive long enough to save the human race?

You gotta give credit where credit is due, at least they call the zombies “zombies” instead of something else. No walkers, biters, or undead. The zombies are zombies. It’s nice to see a zombie movie that is aware of itself. Sadly, that’s about the only compliment that can be paid to this film.

It starts out promisingly. Two jailbirds are listening to the apocalypse unfold outside when Tony Todd busts in to rescue them from their cell. One of the guys in the cell, Luke (played by Steven Luke), shows himself to be quite the zombie killer. They get out of there and head for the hills.

Fast forward in time, and a group of survivors led by Todd and Luke are holded up in an abandoned building. It’s Luke’s job to go out and search for survivors and bring them back. Eventually, he finds a young woman escaping a hostage situation. Luke decides to break into where the hostages are being held and save them from their captor. All the while, Luke is pining for his lost love. Will he ever see her again?

One of the biggest problems is the pacing. The movie is barely an hour and 20 minutes long, but they try to cram 3 hours worth of story into that timeframe. Characters are introduced and then forgotten. Other characters, like the woman holding people hostage, are supposed to have a history with our hero, but that’s never explained or delved into in any way. As I watched, I kept thinking to myself, “are there scenes missing?” It felt like a mid-season episode of a TV show that you’re already supposed to be familiar with. 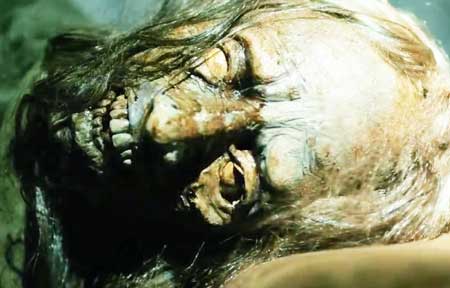 And then there are the action scenes. There are more moments than I can count where a character is in a jam, and then the next scene we’re somewhere else entirely without the situation being resolved. For instance, Luke at one point is trapped on a schoolbus with zombie children. The next shot is of him running through a cemetery. What happened? Also, CGI is everywhere, even in simple effects shots where some corn syrup and red food coloring would have been cheaper and more effective. Indeed, this might be the first zombie movie that has absolutely no practical effects.

The movie also suffers from a severe lack of attention to detail. In one scene, a zombie is trapped in a jail cell, but we can see that the door is ajar. In another, one of our heroes is fumbling with keys to unlock a door. The door says, “fire exit.” I’m not a fire marshal, but I’m pretty sure it’s against code to lock those kind of doors in the first place.

And that brings us to character development and acting. Nothing any of these characters does makes a lick of sense. One person will be antagonist one moment and friendly the next scene. Other people seem to have deep connections when earlier they didn’t seem to care for one another at all. Supposedly smart characters make asine decisions on a regular basis. The actors, for their part, are unable to sell any of this, especially Steven Luke. Perhaps the greatest sin on the part of the filmmakers was to make him the hero of the story instead of Tony Todd. He looks the part, but everytime he opens his mouth you pine for the days of silent film. Also, not a single character has chemistry with anyone else. No even the great Tony Todd.

“So What?” you might be thinking. It’s just another cheap zombie flick. You’re partly right, I’ve seen a lot of bad movies in my day, but this one really bothered me because it could have been very good. They had enough of a budget to tell a good story. They has a professional crew, too. These aren’t some guys shooting a goofy movie with their buddies on an iphone. Also, there’s a clever twist at the end. However, attention to detail, bad acting, and an uninspired premise ruin the whole affair.