I really do believe that SYNAPSE just may be the number one producer of quality horror DVD and Blu-rays. Every month they blow my mind with another great release. This month it’s the announcement of HAMMER HOUSE OF HORROR. 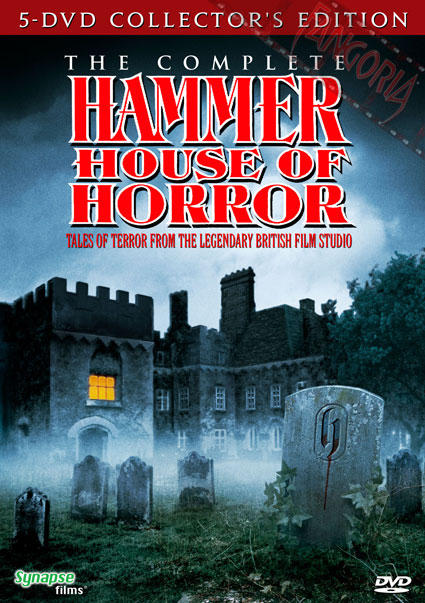 As a young horror fan, I really wasn’t that into the HAMMER brand of horror and as such have not seen these episodes before. My appreciation for all things HAMMER came later in life but now I’m kind of glad as this release excites the sh*t out of me.

So, here’s the scoop.

It will be a 5 disc set and will be released on Sept. 11th. It will feature all 13 episodes and the following special features:

Gonna be good stuff. Can’t wait for this one!