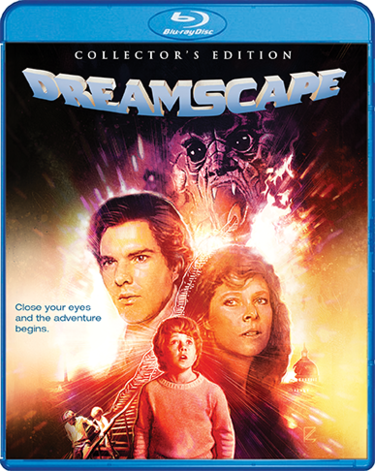 A young psychic on the run from himself is recruited by the government to save the US president whose mind is trapped inside the dreamworld.

“Dreamscape” for those who remember, was one of the cooler movies to come out of the 1984 releases. The film combined science fiction and horror basing its premise on the study of dream research. Directed by Joseph Ruben, I’ve always considered it one of actor Dennis Quaid’s more memorable roles.

A psychic by the name of Alex Gardner was recorded as one of the more noted in his field. With footage dating back to his early years, (then 19) Alex was the official point person of a scientific research study. Dissatisfied with being used as a guinea pig, he disappeared in mid study and led a life using his abilities for gambling, women and personal gain.

In the film’s beginning we see Alex winning a local horse race (which was a pretty frequent exercise for him). A thug by the name of Sneed (Redmond Gleeson) recognizes this as well and confronts him for a piece of the action.

At an academic research institution Dr. Paul Novotny (Max von Sydow) is breaking new grounds in dream manipulation. Alex is summoned in as a request to participate in the research. Alex reluctant is blackmailed into joining of which he discovers what the team has been “really” delving in. It is here that Alex meets scientist Jane DeVries (Kate Capshaw) who is also assisting in the studies. Equipped with an impressive dream chamber the team reveals that they have been using psychics to enter into the brains of others subjects in effort of curing sleeping disorders. Much of these are more rooted in nightmares and personal issues that the research team hopes to solve. Alex ends up taking an love interest in Jane DeVries which at one point excels into a dream-centered romantic meeting (though this comes later). In any case actress Kate Capshaw provides a intellectual sexiness that melts off the screen. 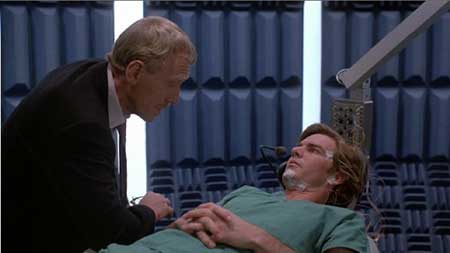 Upon the research becoming a success, we later find that Bob Blair (Christopher Plummer), a high official within the government, has other interests which involve the use of this dream manipulation to aid the government assassinations. We also learn that the project itself has been “funded” for this very purpose. Blair, a seedy covert minded individual appears to be a above the law with ties even topping the president himself (though it’s never confirmed if he worked directly for the CIA). Blair brings in one of his best psychics, a deviant man by the name of Tommy Ray Glatman (David Patrick Kelly),who also is a colleague in the realm of psychic research. His abilities even tend to exceed Alex’s of which Tommy presents in his rather snide and selfish demeanor. Actor David Patrick Kelly in my opinion is one of the key highlight of this film (you also know him as Luther from “The Warriors“). Brought on as a lackey for Blair’s deviant intentions, Tommy instantly provides a perfect antagonist position against Alex’s talents. 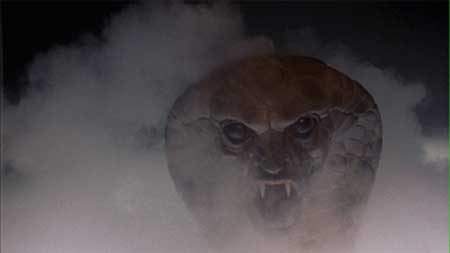 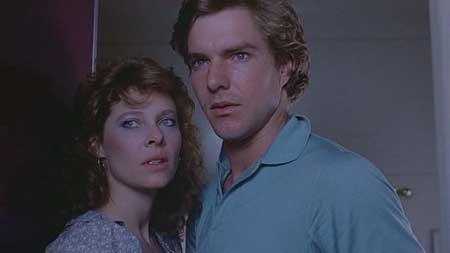 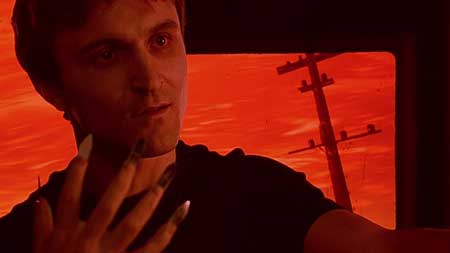 The film excels in its FX for its time which include the entering of dreams and tackling of nightmare situations. Dreamscape is best remember for its “snake man” monster that Alex has to do battle with. In the final act, Alex has to battle Tommy in a race that has Tommy brought in to dream-assassinate the president. Alex also discovers a way to dream jump without the use of the chamber. 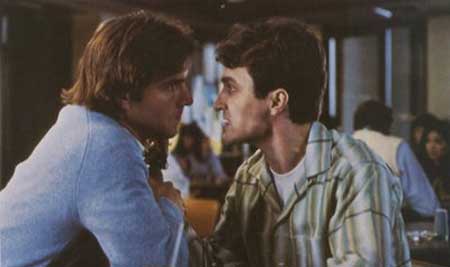 The film has great pacing and visual highlights that make it sort of a cult film for its time. There were a few standouts from that period, I always thought “Dreamscape” was one that ranked up there with other films like “Damnation Alley“. The movie has generally been ranked high over the years probably due to its nostalgic offering at the time of release. There would other films to come that would focus on dream jumping, probably more notably is the later film “The Cell“. If you like actor Dennis Quaid’s work, then this film provides a cool early performance. Dreamscape is simply a cool movie that ends on surprise ending.

Dreamscape (1984) is now available on bluray per Shout Factory