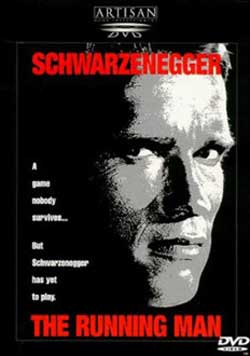 A wrongly-convicted man must try to survive a public execution gauntlet staged as a TV game show.

Arnold Schwarzenegger was just on the cusp of superstardom when this film about a dystopian future in which enemies of the state are forced to participate in a televised game show where they are mercilessly hunted down by a group of highly stylized assassins. When it was released it was an entertaining bit of nonsense but watching it today you might want to call it way ahead of it’s time…even visionary in a sense. 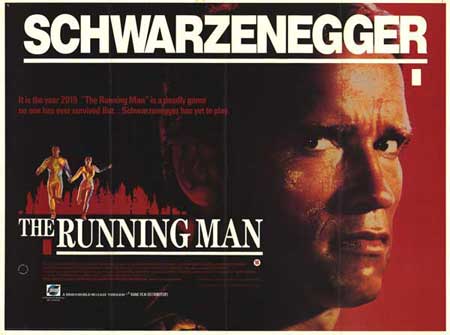 But I’ll get to that later. The year is 2017 and we are in Los Angeles which is broken up into “Sectors” that separate the “Have’s” from the “Have Not’s”. Arnold plays Ben Richards, a government soldier who shortly after the film begins, is framed for a crime he did not commit, namely the wanton slaughter of a large mob staging a food riot in one of the seedier parts of town. He was commanded to disperse the crowd by firing on them from his helicopter but refused claiming that they had no weapons & are just hungry people looking for food. He is ordered to stand down as one of his fellow officers is ordered to take over and commence firing. Richards fights back but is overwhelmed by the others and is sent to prison. We next see him 16 months later as he’s hoisting a steel girder(!) over his shoulder, for what reason I couldn’t say as none of the prisoners seem to be actually building anything. There is a plan being put into motion by Richards and two others, William (Yaphet Kotto) & Harold (Marvin J. Weiss) which involves getting a code that will disable the electronic fence that keeps all of the prisoners on a short leash. You see, they are all wearing explosive collars around their necks and if they try to get past the fence…off goes their heads!

But they do manage to escape, only to be recaptured and offered up as fodder for “The Running Man”. A televised game show in which convicted felons have to navigate a gauntlet while being pursued by an assortment of assassins known as “Stalkers”. The show is the most watched show in the country and has a rabid fan base. It is also watched on big screens placed outdoors where large groups of people from both sides of town excitedly place wagers on whether or not the runners will survive and if not, which stalker will be the one to finish them off. The prize for completing the gauntlet is a complete pardon of all your crimes and the promise of a new life in Maui. Yeeeah right…. 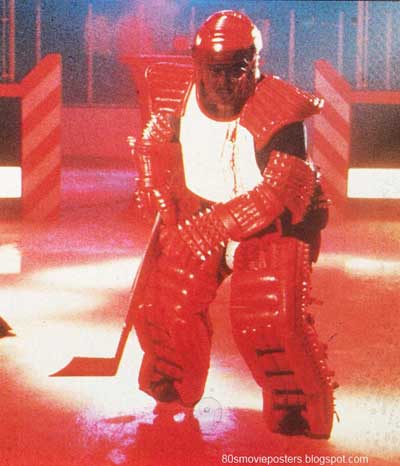 The stalkers come with names like “Buzzsaw”, “Fireball”, “Dynamo”, “Sub-Zero” & “Capt. Freedom” and all wear gaudy over the top outfits that befit the names they have. Dynamo’s outfit is especially ridiculous looking as it is festooned with Christmas tree light bulbs & actor Erland Van Lidth (Who plays the part) isn’t a skinny man so he sorta looks like an illuminated tin can with a Roman helmet on his head. Not too intimidating to look at but he can fire off bolts of electricity so he’s not one to fool with. Buzzsaw (Gus Rethwisch) uses a motorcycle and a chainsaw to do his damage. Fireball (Jim Brown) uses flamethrowers, Sub Zero (Prof. Toru Tanaka) uses ice skates and a razor sharp hockey stick & Capt. Freedom (Jesse Ventura) is actually retired and serves as a “Behind The Scenes” commentator who gets called back into action as Richards & company methodically eliminates the stalkers one by one.

The host of “The Running Man” is named Killion and all he cares about are ratings. But slowly the tide (And the audience) is turning against him and the stalkers and begin pulling for Richards to come out on top. So Killion has to resort to unsavory measures to ensure that he does not survive. And so it goes…Richards systematically eliminates each stalker and gets closer to the end as Killion conspires to make it more difficult for him to succeed. In addition to all of this there is an underground movement led by Mic (Mick Fleetwood) that is trying to gain control of the satellite from which the show and all sorts of government propaganda is being broadcast to the masses. But thanks to some superior technology, Killion has managed to fashion a video in which Richards is killed during hand to hand combat with Capt. Freedom and once that is broadcast, apparently all hope is lost. Or is it? 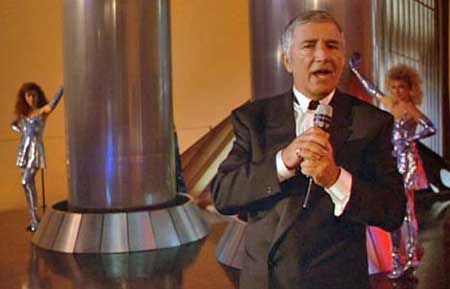 Directed by former “Starsky And Hutch” star Paul Michael Glaser and based on a novel by Richard Bachman (Actually Stephen King who was writing so many novels at the time he used a pseudonym for some of them) the movie is actually a fun romp that doesn’t take itself too seriously. Steven E. de Souza’s script hits all of the right notes and it also gives Arnold plenty of silly puns to mutter at his enemies just before he dispatches them. The film’s opening scenes are pretty ugly and cheap looking though with some seventies era matte work that is hideous and some extremely obvious rear projection shots during the helicopter scenes but this was 1987 and CGI was still in it’s nascent stage of development so I can give it a pass. 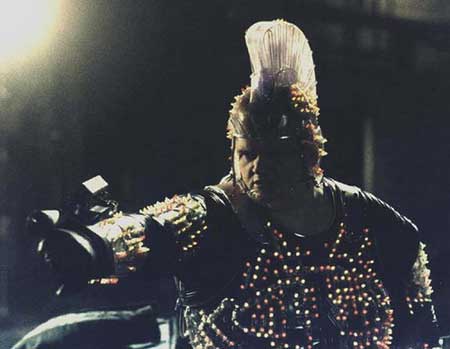 The performances are all pretty over the top but Dawson really has the slimy game show host thing down pat and gives the best performance in the film by far. All those years of him hosting “Family Feud” really helps his performance here. Arnold is just doing Arnold and everyone else in the cast is pretty much overshadowed by him and Dawson but they all perform well. I should mention Maria Conchita Alonso’s role as Richards love interest who gets tossed into the game as well, but her role seems to exist simply to insert some estrogen in the mix and nothing more. The film is fairly violent but I thought it seemed to pull back when it could’ve been much bloodier. But there is enough of the red stuff flowing from gaping wounds to satisfy most of you gore hounds. 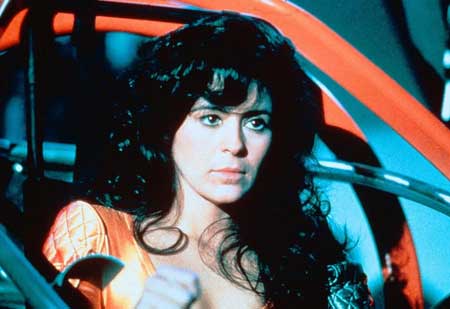 Now back to that “Way ahead of it’s time” comment I made a few paragraphs ago. “The Running Man” presents a world in which politics, media and society were treated in a way that was pretty much unthinkable back then. I daresay the world it presents was a fairly ludicrous one to even comprehend but history has proved it very prescient indeed. Consider these concepts, a frightening concern with “Traditional Morality” (The Moral Majority), televised shows that emphasize embarrassment, pain, ridicule & fear (Reality TV), restricted travel for citizens with govt. intervention in the form of “No Fly” lists and bar coded passports (National Security) and cameras everywhere! Cameras that are watching our every move. I could go on but I think you get my point. And I’m sure that no one who worked on this film thought that any of it’s notions would ever come to pass but here we are people, and it’s pretty spooky… 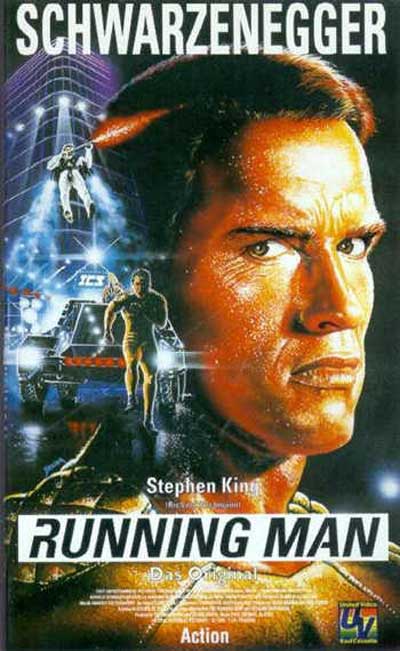 Although it looks dated today “The Running Man” still entertains and warrants a 3 out of 5 shroud rating. It never lags and I did chuckle at Arnie’s little asides as he knocked off each bad guy. And like I said, some of the ideas presented here have eerily come to pass despite how ludicrous they might have seemed way back in 87′, I wonder how many more of them will become reality in my lifetime. Now that dear acolytes…is some scary sh*t.