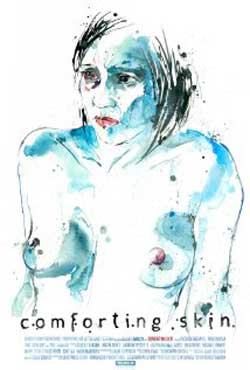 With the start of June this foul year 2012 is half over and I feel I can say with extreme confidence “Comforting Skin” is one of the best films I have seen this year. This is a gorgeous, morbid, intelligent film about self love and loathing, mental illness, isolationism and obsession.

After being ignored night after night on the club scene, on a whimsy Koffie decides to get a tattoo on her back and suddenly feels a rush sexuality and confidence. The sexuality and confidence is deferred when a man that she’s been having a long time affair with rejects her, at which point she begins to have a mental break down and attempts to slash her wrist, yet is stopped when her tattoo comes to life and begins talking to her… The two then begin a passionate and abusive love affair –that is Koffie and her tattoo… 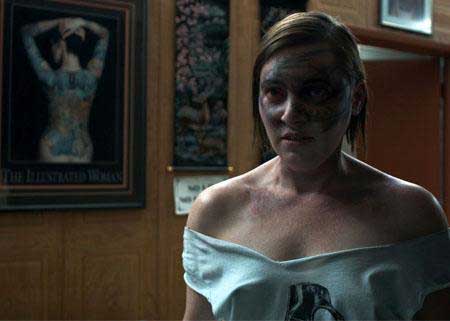 This film ignores a lot of the boring standard conventions of making a “big to do” about getting to certain plot points and slips quietly through the story while constantly exploding with creativity. The pacing of the film feels like part Berttoulci’s “The Dreamers” part Hitchcock’s “Psycho” or even “Sabotage” however where Hitchcock let you know everything that is happening and builds his tension on impending doom director Derek Franson keeps the story moving by creatively tying together beautiful camera work and constant forward motion into darker territory.

The film is lead up by Victoria Bidwell who gives a heart breaking and neurotic performance to make single white females shudder (yes, that was a play on words for all of you out there who know your stalker movies.) Not because of the amount of nudity or the amount of crazy that Victoria possess but because of her unrelenting fearlessness in which she delivers
her performance. I’ll be shocked if she doesn’t get over looked for an academy award in the next 10 years –the best never win that damn thing. 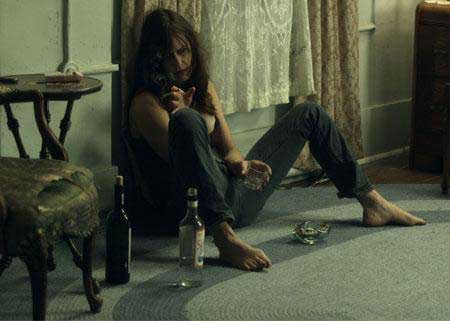 Granted the script and direction –which are also amazing, help the actor in the performance that they give, but Bidwell really gets a hold of the viewer, even fully dressed I feel like she’s naked and unafraid bearing her soul in every single frame of this film. The slick “reality” of the film is so tight that I didn’t stop during the film to even say to myself “what a great movie” but rather I was totally absorbed into this magnum piece of art that upon finishing, I’m left saying to myself “what an amazing film.”

You could say that really good art, whether it be film, painting, music –is that what makes it good is that it makes you think or that it’s beautiful, the latter idea I strongly disagree with. At the end of the day I think what is indisputable, for a piece of art work to be good it has to make you feel something, like wise it has failed… For all the political commentaries and technically “good” pieces if they don’t evoke any kind of emotion in the viewer/audience is it even art? I felt for and still feel “Comforting Skin” in me… This film is not for people who are looking for boobs and goofey zombies or something simple… This is a lean and intelligent piece of art that makes you understand what it feels to be emaciated, starving for love and human contact and the spiraling insanity and depression that follow the un-satiated thirst for love.

Every couple of years, there comes a film that will become something more than the other 10,000 or so that are churned out every year. “Comforting Skin” definitely is one of them, I don’t want to say too much about the film, you need to discover this movie for yourself… but I will say this It’s one of the best independent drama/horror films I’ve seen in years. 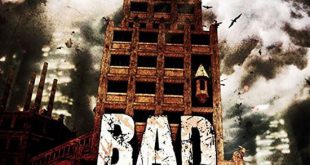