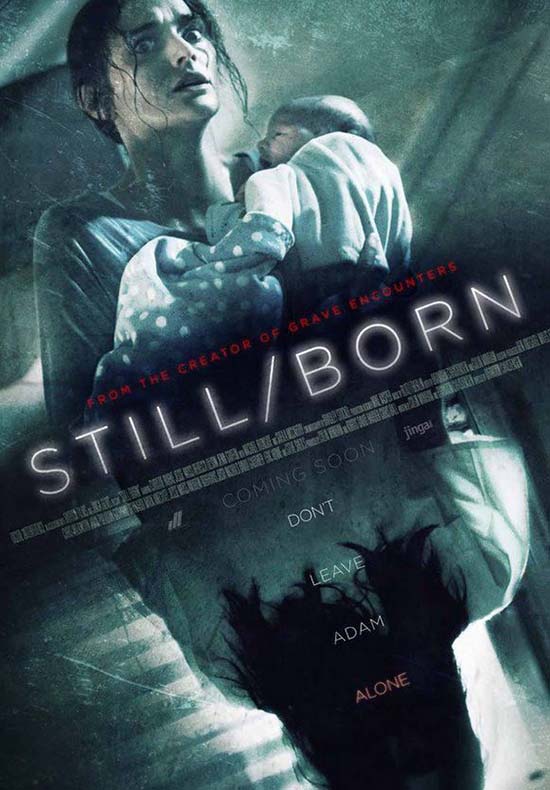 When Mary loses one of her twins in childbirth, she spirals into madness thinking her other child is in danger from an evil supernatural entity.

Tell someone you’ve been watching a horror film called Still/Born and it will likely conjure up some tawdry images of a dead baby ratcheting up a body count in the same vein as Killer Babies or the diminutive zombie in Peter Jackson’s Dead Alive (AKA Brain Dead). For those wanting to stay away from such fare will be happy to hear that Still/Born is not nearly as gaudy as those.

Marking the feature length debut of director Brandon Christensen, who also co-wrote the screenplay with Colin Minihan (It Stains the Sands Red), the film follows a young couple, Mary (Christie Burke) and Jack (Jesse Moss), still reeling from the death of one of their twin boys during childbirth. Jack has thrown himself headfirst into work, stacking up the hours to maintain the lifestyle he thinks Mary should be accustomed to and thankful for.

For Mary, this means staying in an oversized house in a rich neighborhood with only her newborn baby for company. Having been diagnosed with postnatal depression by Dr Nielson (Michael Ironside), Mary is encouraged to start making changes in her life to help her move on from her pain. For a start, she and John could take apart the spare crib that sits in their son’s room like a monument to death. That Mary can’t even bring herself to do this exemplifies how much progress she has yet to make.

Mary’s mourning for his lost son begins to manifest into an overzealous need to protect the son who did survive. Hearing voices and seeing people on her baby monitor, Mary is convinced that someone wishes to do her baby harm. It’s not long before the stressed parent is convinced a malevolent spirit is plotting to take her son away. In the eyes of her husband and mother, however, her new erratic behavior is symptomatic of something much more grounded.

In the same way The Babadook took a mother’s depression and shaped it into something supernatural, so too does Still/Born. Or does it? For a large part of the narrative, Mary is shown to be an unreliable narrator. She interprets things around her that don’t quite gel with the facts. Her jealousy at her single mother neighbor quickly blossoms into thoughts that her husband is sleeping with said neighbor. Later, a particularly disturbing episode involving a locked bathroom door has the potential to become an example of Mary’s desire to hurt her baby in hopes of getting her husband’s attention. That it’s all so distressing is a testament to Christensen who cranks up the tension to nail biting levels.

Without giving too much away, Still/Born eventually decide which side it’s bread is buttered on, offering up an explanation of what is really going on. However, even as the end credits roll, the director leaves just enough wriggle room to keep everything up in the air and leave his audience questioning whether everything was as clear-cut as it seemed.

With every scene following her from beginning to end, Mary is brilliantly played by Burke. She’s devastatingly believable as a woman wrestling with a multitude of emotions running through her head without it too often falling into pantomime. Mental health issues have played a large part in horror films, but it feels like it’s only in the last decade we’ve seen them being treated at least partly anchored to reality. Thankfully, Still/Born keeps up this new tradition. 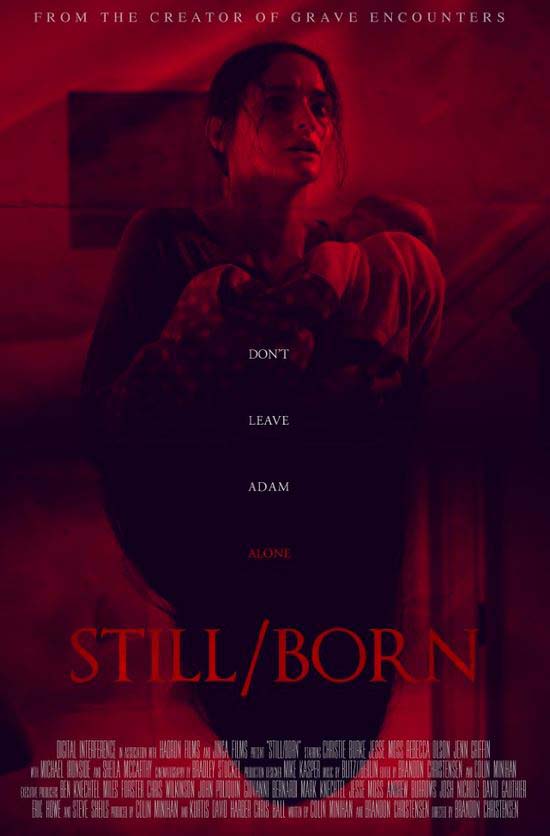 Equally, Moss never allows Jack to spill over into a cartoonish unloving husband. He’s allowed to be upset and stressed with his wife’s actions. When Mary makes a valiant attempt to show that everything is going to be okay, you can see the sadness in Jack’s eyes when he realizes it’s probably never going to be okay.

Dark, bold and unforgiving, Still/Born is a quality piece of genre film making that highlights the potential in Christensen’s career. It really is a shame about that title though.