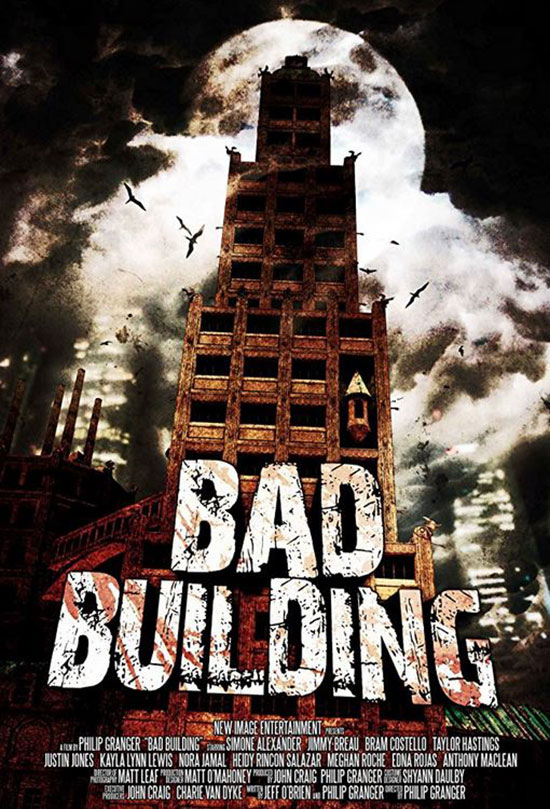 The Desmond has stood empty for years. With a history of fires, murders and madness not even squatters will go there. But now Johnny Craig, host of ‘America’s Most Haunted’, is going to host a prime-time special there.

Growing up on such great haunted house efforts as Lewis Allen’s 1944 classic The Uninvited, Robert Wise’s The Haunting from 1963, or even John Hough’s 1973 hair-raiser The Legend of Hell House, I tend to steel myself when I come across any indie company or young filmmaker who mine material from those familiar wells. The sneaking suspicion builds within my gut that this new entry before me will not only not measure up but will leave me slack-jawed and suffering from a potent headache in the attempt.

Well, I was somewhat surprised to find, of all things, some unique and positive attributes to the latest piece centering on evil embedded in architecture, Bad Building (a bit of an on-the-nose title and somewhat groan-inducing) is purely pedestrian story and acting wrapped around an elaborate, suitably creepy building setpiece from the small Canadian company New Image Entertainment and director Philip Granger. Noted mainly for their short film projects, Bad Building is a rare feature foray for the company and they show some promise at least in how a horror film should look. 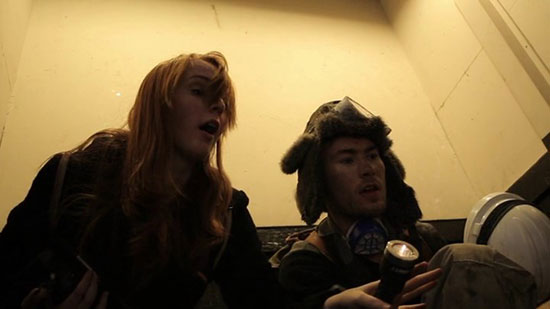 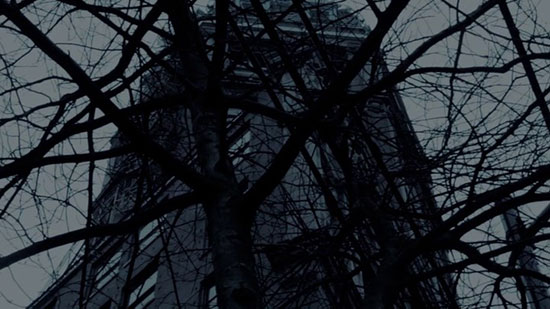 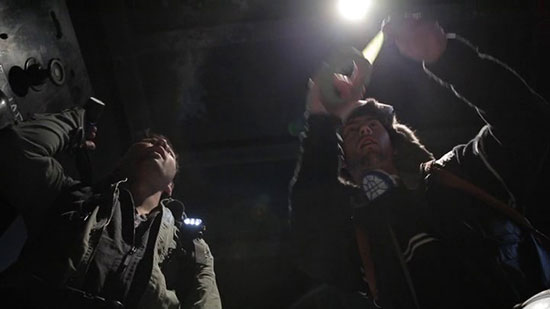 Anyone who has seen any number of haunted house exorcism-style chillers could easily guess the plot here, and it goes strictly by the numbers. A paranormal-chasing tv show crew (with resident psychic) decides to take on a condemned high-rise building called the Desmond that comes complete with a blood-soaked history. Cue up the spontaneous, growing green slime spots on the walls and doors that slam shut by themselves. It’s also ready, set, go on the body count as the crew is systematically (just once I’d like to see an evil force kill everyone at once for the world’s shortest horror film!) offed by various means (shootings, necks crunched by push-up windows that won’t stay up, etc.). Standard bickering and characters regressing into hysteria simply link the killing bits.

Granger does well to relegate the action to interiors of this decidedly creepy, off-kilter set. This serves dually to provide the necessary chilling ambience while hiding his minimal budget. In fact, the only two instances that we get a full-view exterior shot of the building are done in total CGI, and badly at that. The attempt is to give the movie a slick look but the video game level animation quality distracts rather than impresses and ultimately puts a spotlight on the lack of production values. What works best are the interiors of the building. It appears that Granger and company found just the right condemned structure in Canada (where the picture was shot) to use for this scare show. Each section seems to have a different level of construction/destruction to it. Some scenes have wood paneled stairwells that suggest areas of living quarters, while others are done in a basement area with water and gas piping huge enough that the setting could double for an iron works warehouse. It kind of gives the Desmond as a whole an otherworldly, out of step with time aura that provides its own chill or two. Certainly allows moments for the audience to forget they paid more for that car on Craigslist than the producers did for this picture. 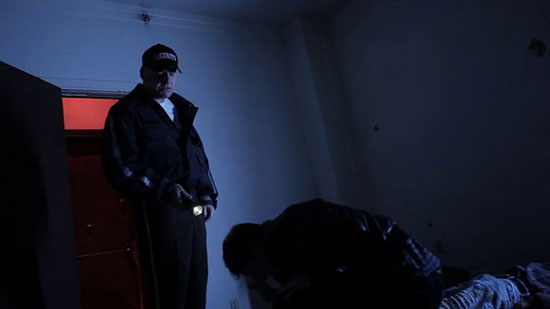 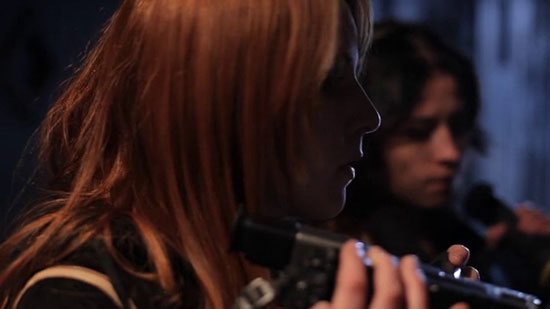 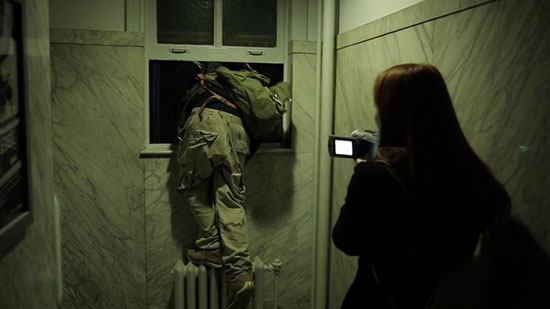 The no-name cast does little to expand their roles beyond the stock type. There’s the show producer determined to grab the haunted house holy grail for money and fame no matter the cost of the lives in his charge. There’s the on-air host reduced far too quickly to scream queen status. Don’t forget the photographer on hand as an easy victim. And, of course, that aforementioned psychic who spends much of the time wandering by herself as if in a trance. 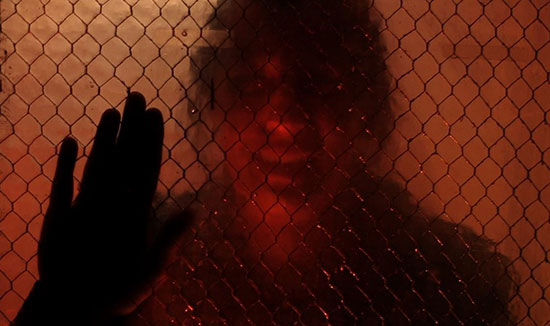 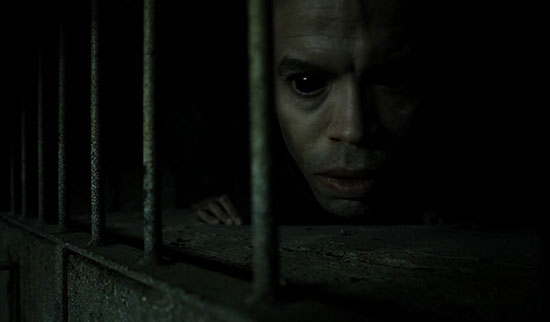 I did like that Granger plays up the unseen force quotient, whether due to a decided tack on his part or to the restrictions of funds. There aren’t any explicit special effects to remove the need for use of an imagination by the filmgoer. However this aspect came to be, it ends up causing a few genuine shocks to occur naturally. A good thing for veteran goosebump seekers like myself. 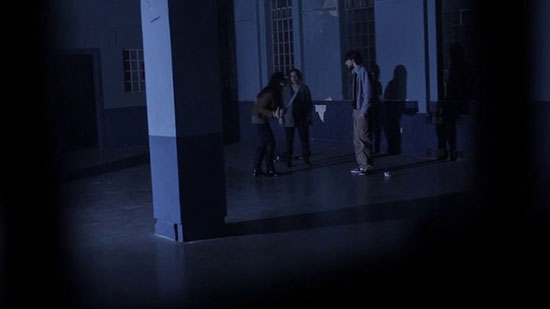 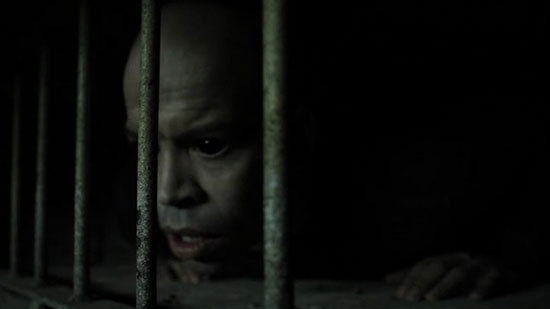 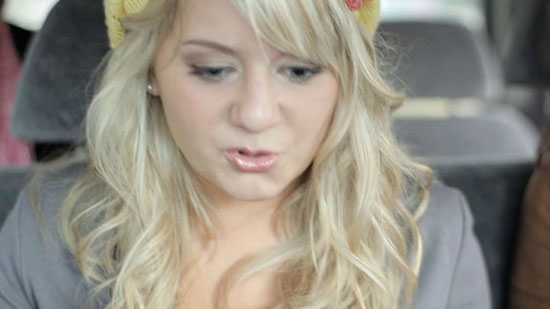 Bad Building will never, even by the most forgiving (or hallucinatory) fans or critics, be considered great chiller cinema or even close to it. But, if you are into appropriately weird, eerie set design that actually fits the intended milieu the director is seeking, this piece more than fills the bill and should raise a few fright hairs on your head in the process. 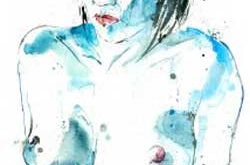 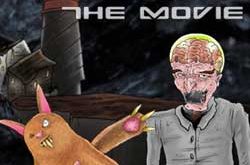