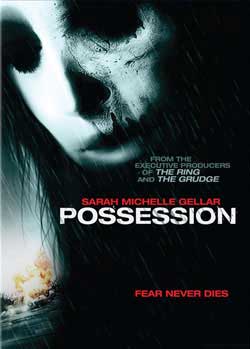 Jess appears to have the perfect life, she is very career driven and her husband Ryan is quite possibly the sweetest man on the entire planet. There is one flaw however in Jess’s perfect life and that is her brother in law Roman. Roman is the exact opposite of Ryan so is it any wonder she is extremely confused after a freak traffic accident has Roman behaving just like Ryan?

Like it or not Sarah Michelle Gellar has become a genre staple over the last fifteen years. Even in conversation where one would not think that her name would come up, it still does. Sarah’s newest DVD release is titled Possession and for starters I am going to state that when one reads the captions on the release they might be lead to believe that they are about to watch yet another “Asian style” spook show. Those who do decide to sit back and enjoy the film will find a movie that has quite a few twists and turns, some really dramatic camera work and some pretty chilling moments.

Possession starts off by introducing the viewer to Jess. Jess is a career driven woman, so driven in fact that she pretty much has left her husband and their love life on the back burner. Jess’s husband is an artist named Ryan. Ryan not only deals with the fact that his wife is so consumed with her work, he also still finds time to be overly sweet to her. The couple are on the verge of their first wedding anniversary and one would think that they would be happy, however there is one thing keeping the young couple from living a bliss filled life. The thorn in the side of their relationship is Ryan’s brother Roman.

Where Ryan comes across as an honest and sweet man Roman is the direct opposite. The two directors have taken many ways to show the viewer this from Roman’s appereance (he has alot of tattoos) to the way Roman and his girlfriend interact with each other. The scenes will show Ryan and Jess kissing sweetly while Roman violently slaps his girlfriend around. If that is not enough Jess is also quite terrified of Roman since she worked on a legal case of his and she in fact knows just how dangerous Roman is. 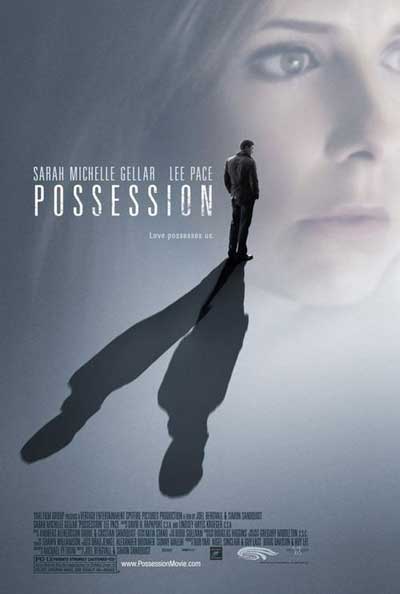 After so long Jess has finally had enough and she explodes to Ryan about how Roman needs to go. While Ryan is out of the house Roman suddenly heads to his car with a few bags packed making sure that Jess sees him leave. It doesnt take long for Jess to get on the phone with Ryan who immediatly rushes out on his way home to stop his brother from doing anything stupid. The next sequence is possibly the best reason to watch Possession. Roman speeds down the road with wreckless abandon while Ryan drives attempting to call Roman’s phone. Eventually the two brothers do end up crashing into each others vehicles sending both brothers out into the street lying in pools of their own blood. The camera work during the entire scene is worth the rental fee alone on this one and luckily for the viewer the directors choose to go back to the scene several times throughout the entire movie.

Jess goes to the hospital to visit the brothers who are both now in matching coma’s. There is a great small sequence during all of this where Roman’s girlfriend comes to the hospital and shares a few words with Jess. There is also a heartbreaking scene where Jess gets her mail and finds a handwritten love letter from Ryan, it is shown later on in the film that he has written her one every week of their relationship. It’s the little things like these scenes that really do sell the film because it is only a matter of minutes later that Roman wakes up. When Roman wakes up though things start to get different, he looks at Jess different, he talks to her different; it is almost as if Ryan’s spirit is inside of Roman’s body.

When Jess first notices this she is of course hostile towards Roman, after all why should he be the one to live and not her husband. Roman eventually wins her heart over however by remembering small details that only the two of them have shared. Jess immediately gets to work with trying to get Roman out of her life for good. She reintroduces Roman to his girlfriend, but he doesnt want anything to do with her, again we are given a wonderful scene where the girlfriend takes Roman to one of their special spots and purposly attempts to make him lash out at her.

A year later Jess has finally started to believe that Roman really is possessed by the soul of her husband through various tests not limited to the family dog who hated Roman now finally loving him and the most memorable a whispered word they shared in the park. Jess goes to visit Ryan who is still in a coma and has become so thin that his wedding ring has fallen onto the floor. Jess keeps Ryan hooked up to the machines because she believes that if she were to shut off Ryan’s body than his soul would leave Roman’s body and once again she would be alone.

Things of course take many turns in this suspensful thriller and eventually Jess does begin to change everything about herself, after about an hour into the film Jess is a completely different character. Directors Joel Bergvall and Simon Sandquist do an excellent job of capturing all of the tension in the scenes where they are required and in the scenes of sweetness they almost proceeded to give me a diabetic fit.

The camera work and score for the film also highlight some of the more dramatic scenes, not limited to the car crash sequence. There really isnt a gore score on this flick, it is more about atmosphere and the terror that can happen to someone who makes another person their entire life. Possession definatly belongs in the library of any of those who enjoy questioning what is real and what is just a hope and dream, fans of the red stuff however will call this one a chick flick. Like it or not Sarah Michelle Gellar is going to be around a lot longer.