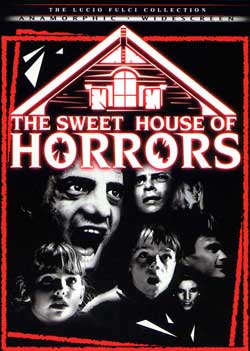 A murdered couple return from the beyond to care for their two young children, as well as seek revenge against their killer, accept their children’s step parents, and try to prevent their house from being sold.

Lucio Fulci’s “The Sweet House of Horrors” was part of a four part Italian cable TV series, that never aired due to their violent nature. Fulci directed two of the pieces, while the other two entries were directed by Umberto Lenzi. This is largely considered to be one of Fulci’s worst films, and for good reason. While trying to balance horror and humor, it fails to reach either at any point in the film. 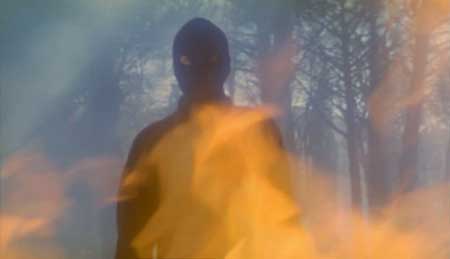 This writer’s viewing of the film was in it’s native Italian, and therefore hard to distinguish some plot elements. Most of it though, as with many of Fulci’s films (take note of “City of the Living Dead” (1980) and “Zombi 2” (1979), is communicated visually. As a wealthy couple (played by Lubka Cibolo and Pascal Persiano) return home one night, and masked robber brutally murders both. He takes their bodies and fakes a car accident to cover his tracks. What is notable about this sequence is how ridiculously it is played. It could have been a rather horrific sequence, but a strong synthesized, poppy, score keeps it almost light-hearted, and bubbly. It doesn’t help that Fulci’s camera style is usually bright, saturated, and reminiscent of 1960’s comedies. 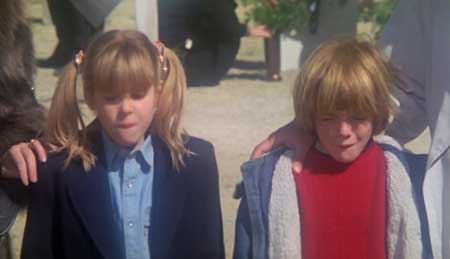 After a rather awkward funeral sequence, including the bubble gum chewing children of the unlucky couple (played by Ilary Blasi and Giuliano Gensini). As their aunt and uncle take them home, to stay in their parents’ old home, to help the children adjust to new life, strange things start to happen. Their aunt (Cinzia Monreale) is terrorized by a toy fly in the attic, which becomes an awkwardly humorous segment, though it probably was not intended to be. An overweight real estate agent has a terrible fall down some stairs and breaks his leg. Finally, the children are visited by two floating flames, which they are comfortable with, seeing that they probably represent the spirits of their deceased parents. The flames leave much to be desired as far as effects go, as does the fall down the stairs, and the “creepy” fly toy. All of the scares so far in the film, fall flat, while the humor is practically lost. 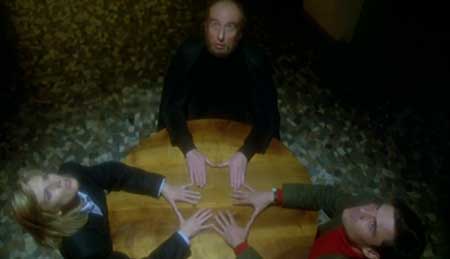 Continuing on, it is revealed that the house gardener (Lino Salemme) is the one who killed the couple in the opening scene. As the gardener is about to take a check from the uncle, he is forced through a flashback of the murder, goes a little crazy, starts screaming in the house, runs outside and is run over by a truck. This effectively kills the main crisis of the story, and the viewer is only half way through! 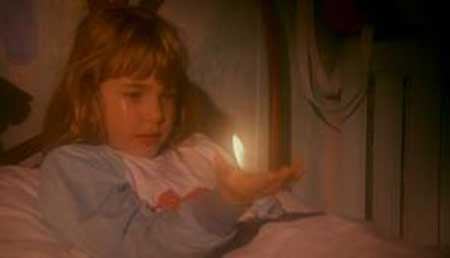 After this giant plot point, the real estate agent comes back to the house, only to be attacked by a windstorm inside, and the flame specters that the children had already encountered. All this happens in front of the aunt and uncle, who still seem rather unsurprised by any of it. Rather than that being some sort of twisted plot point, it really just shows a failure on the acting side of the picture. These guardians of the children bring in a psychic, after the children are seen talking with their parents (who the children can see, but the aunt and uncle cannot). 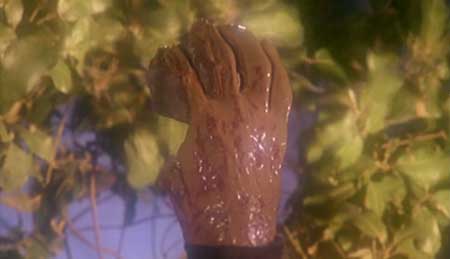 After a failed séance, the psychic comes back with a wrecking crew. The crane goes awry and tries to attack the psychic and the returning real estate agent (this guy is resilient). The flame spirits of the parents seems to possess two nearby rocks that the children take hold of. The psychic steals one, which promptly melts his hand off. That’s it. The end. It’s really one heck of a ride. 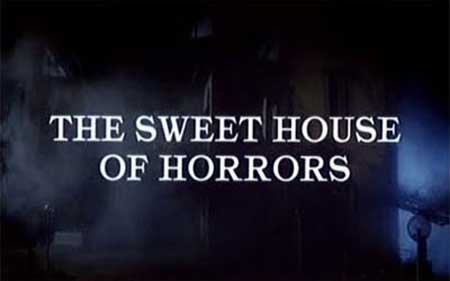 By the end of the film, the audience realizes that this was made to express family ties, and parental love. It lacks any real scares, and the forced humor does not resonate. This is definitely a low point in Fulci’s canon, and perhaps is a movie that could be skipped, even by the most ardent fans.