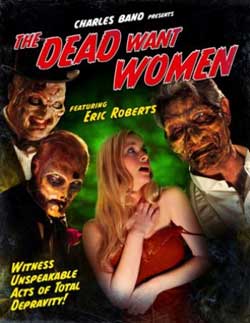 Beginning at a stylish mansion in the roaring 1920’s, a socialite, flappers, and the men who love them come to their ultimate demise. These ghosts continue to haunt the mansion throughout the decade. Now they’ve come back to haunt and chase after a new generation of beautiful girls. 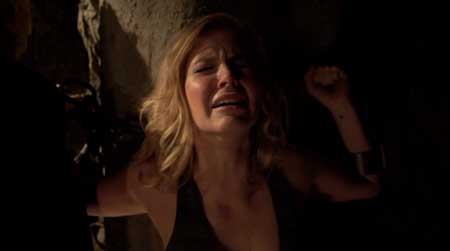 Cut to present day, where realtors Reese (Jessica Morris) and Danni (Ariana Madix) manage to sell the old mansion. No one has owned it since the incident, but it’s far from vacant. As they’re cleaning it up, those people who were killed over 80 years ago start to pop back up – and they’re not happy to find someone in their abode. 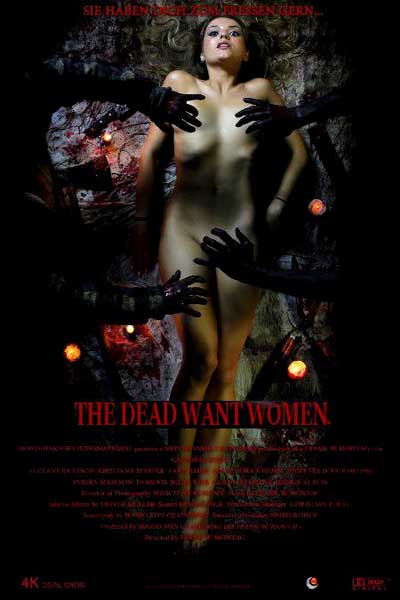 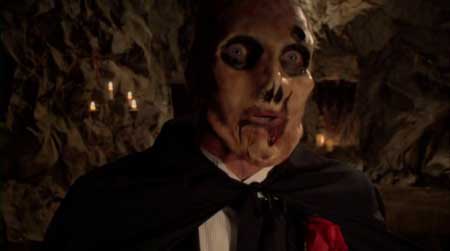 When it comes to low budget movies, it’s a common marketing ploy to get one “name” actor to make a cameo and then plaster him/her all over the advertising. In the case of The Dead Want Women, that honor goes to Eric Roberts of The Dark Knight fame. He plays Sonny Barnes, one of the orgy attendees who also acts like some kind of cowboy. He actually has more screen time than I expected, although that could be attributed to the short run time (which is only 1:07 excluding credits). Some may call it a swift fall from grace for the veteran actor, but his part is a real tour de force; he humps and gropes a naked girl, he appears as a zombie-like creature and he gropes another chick as said zombie. 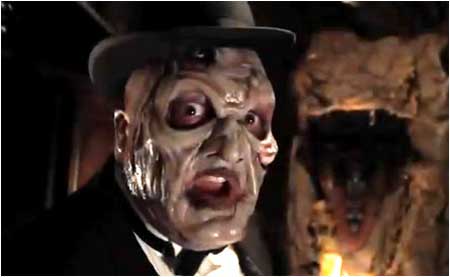 You’ll notice I said “zombie-like creature.” Despite what the title would have you believe, the antagonists are not flesh eaters. Instead, they’re some kind of hybrid that look like zombies but act like ghosts. There’s no real rhyme or reason for this, and only some of them look like walking corpses; others appear just as they dead before dying. 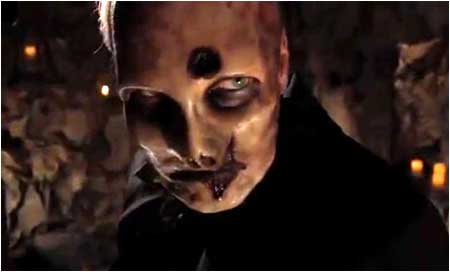 But what more would you expect from Full Moon Features? Like most of their output these days, it’s directed by company head Charles Band (Puppetmaster). The script is written by written by Kent Roudebush (Evil Bong 3D), although the plot is paper-thin. There could have been some cool connections to the film industry that movie fans would appreciate, but it’s hardly explored. Instead, gratuitous nudity and a B-list actor are used to entice viewers.