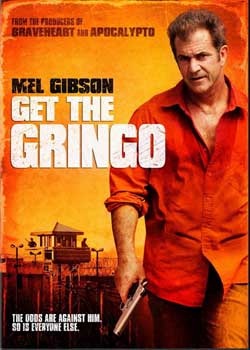 A career criminal (Gibson) nabbed by Mexican authorities is placed in a tough prison where he learns to survive with the help of a 9-year-old boy.

Give it time, I always say…and our favorites will return with a bang. Mel Gibson has had a few bad years with the press, though it’s safe to say that this role is a perfect comeback for a former actor hero gone bad. Gibson plays the role of (no real character name was ever given) who for the sake of this review we’ll just refer to as Mel. A brilliant career criminal, Mel manages to score a loot of $2 million as the show opens. A car chase ensues forcing him to take to the Mexican border which unfortunately gets him imprisoned by the authorities apprehending him in the crossover. So with a title like “Get the Gringo” you’ve probably already guessed that Mel will be spending some time in the Mexican system for awhile. 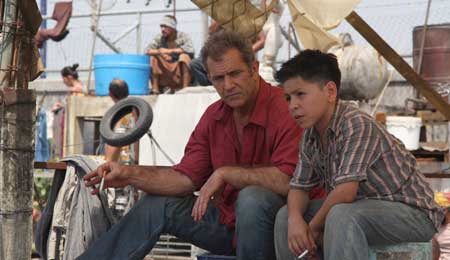 As far as apprehension goes, it turns out to be a sort of break for him with the Mexican prison system set up more as a small village than a small cell with iron bars. It is in his incarceration that begins to study the environment and as he says “do what he does best”. With the Mexican authorities clueless as to his “reason” for acquiring so much money, Mel begins to construct a rather elaborate plot to blend in with the crime leaders within, keep the authorities in the dark and generally turn everyone against everyone. He also makes a the acquaintance of a young boy who he becomes friends with. As the system within begins to get greedy and crumble, Mel takes an interest to the boy’s mother and learns about the kids connection with holding the only liver that is a match for the prisoner leader in charge. 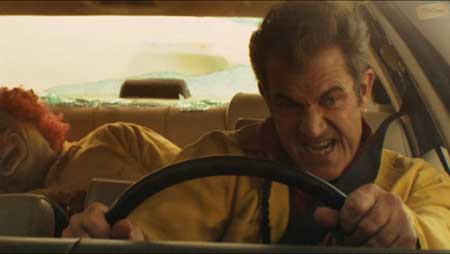 Mel is portrayed as a self-centered master thief which works rather well from one situation to the other always managing to get him just out of harms way. Mel manages to piss off the wrong crime lord who goes by the name of Frank (Peter Stormare) (the one he stole the money from). Frank wages war on Mel and those who now have his 2 million stolen dollars in possession.

We jump from one persona in power right to the next making it more of a American crime boss vs Mexican crime boss scenario. Mel somehow squeaks between the cracks, though always letting the bad men of the deal get due rewards whether by execution of torture. While the exchanges of money and under the table deals somehow get rather complex, it’s Mel’s ability to self survive that keeps the movie moving. And just to make sure its not “all” corruption (with no heart), we walk away from the film rooting for Mel and his clever accomplishments. In one scene he foreshadows a dream about his wife’s lover getting taken down at gunpoint. This also provides a dark sense of irony to the film.

(It’s probably worth noting that Mel mentions in narration that his deeds “do” eventually catch up with him.)

Cinematography is the film is quite compelling with a great set that feels authentic enough to make it all work. Action comes and goes but is nicely executed with a few violent scenes here and there to still keep it adult-focused (while providing some appropriate “Scar-Face” meat) 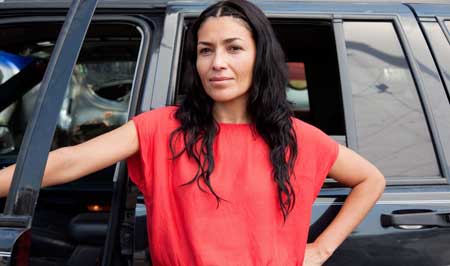 The film is a great crime drama with plenty of twists that cross over seamlessly from one situation to the other It’s also a rather interesting look inside the Mexican system and how life might be portrayed as an inmate. Mel returns to the style of character that really works for him while never taking the bold move of “being” the hero. It’s a great anti-hero role full of corruption, cleverness, and general savvy stylistic moves. Mel also manages to pull it off while being one of the few white Americans in the film in a setting that is unlike previous releases we’ve seen him in.

Whether you have had issues with Mel in the past, there is no denying that he’s an actor that we have to keep coming back to with great films such as these. The film was entertaining from start to finish and even manages to instill a bit of his old “Lethal Weapon” sarcastic-style humor.