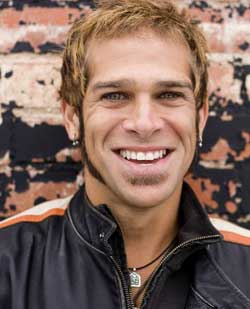 In my opinion Sleepaway Camp is the best slasher flick from the 80’s (hell, I think it is the best movie ever). I recently had the pleasure of getting to meet Felissa Rose and Jonathan Tiersten, who played the parts of Ricky and Angela. Both of them were class acts and some of the nicest, most approachable people I have ever met. I interviewed Felissa for this website a few weeks ago (which was a blast), and I just had the opportunity to interview Jonathan as well. For your viewing pleasure I present to you my interview with Jonathan Tiersten!

Todd Martin: How did you hear about the part of Ricky and how difficult was it to land the role?

Jonathan Tiersten: It was pretty standard. My manager called and said I had an audition for a movie. I was getting a lot of auditions. I guess I took it for granted. The director (Robert Hiltzik) asked me to tell him off. I had a lot of pent up rage. I still do.

TM: What do you think about the character of Ricky? Were you anything like him when you were a kid?

JT: I liked Ricky. He was very self assured. I was somewhat like him. I like to think I didn’t have as much of a hair trigger as he, but that memory may be apocryphal. I was, and am, very head strong.

TM: What was the best part of working on Sleepaway Camp?

JT: It was an extended summer vacation! It was like going to camp but having room service. We stayed at a motel with a pool and a video arcade next door. We water skied on the lake.

Also, I remember writing a letter to my best friend Brian Walsh. I told him I really loved acting. I loved the whole mechanism, when someone says “we’re rolling” and then “scene 27-4 Marker!” and then “speed!” and finally “action!”. It was so romantic and magical to me to be right in the middle of it. 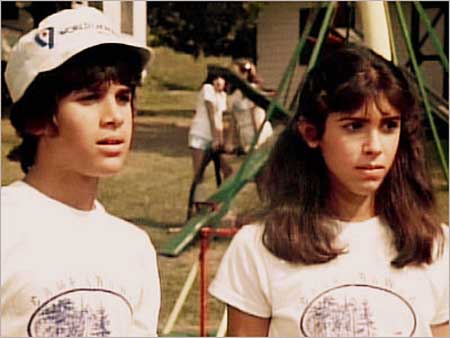 TM: Other than Felissa, have you stayed in touch with any other cast or crew members that you worked with on Sleepaway Camp?

JT: Not really. Chris Collet (who played Paul) and I stayed friends for a number of years but then lost touch. I talk to Desiree (Aunt Martha) online.

JT: I don’t know that I have a favorite genre per-say. My favorite movie is “The Godfather”. I also love “Apocalypse Now”. Is Marlon Brando a genre? “Casablanca”, “Citizen Kane” and “The Exorcist” also come to mind. Oh and “Rocky” and “Jaws”. I almost forgot “Young Frankenstein”. 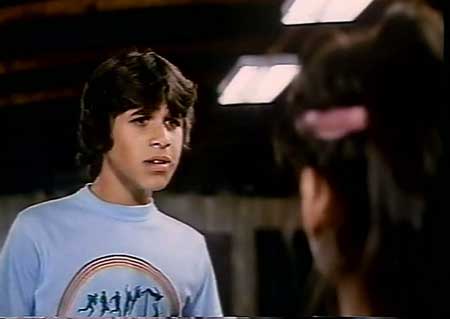 TM: We all know that you have a band called Jonathan Tiersten and the Ten Tiers. What type of music do you guys perform and how long have you been together?

JT: Ten Tiers started off as a band. Then everyone quit except for me. I kept the name because it is a sort of nom de guerre. It is my last name syllabically reversed. I have performed all kinds of Rock and Roll. In the beginning I played lots of other people’s music. I have sung in AC/DC and Black Sabbath cover bands at the same time as doing original solo acoustic music in a coffee house. Many folks say I sound like David Bowie or Cat Stevens. 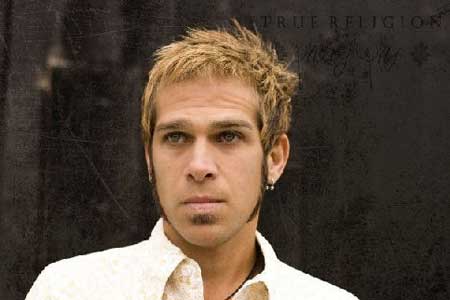 M: Who are some of your musical and acting influences?

JT: In acting I can’t say that I have influences. I am a trained method actor. I went to Circle In The Square Theatre School. I have to draw from within to create a character. Musically, I grew up playing classical French Horn, so classical music has had a great influence on me. I love Pink Floyd and Yes and Queen, but I also love The Cure and Gerry Rafferty (Stealer’s Wheel) and Boz Skaggs and The Blue Nile and Todd Rundgren. I listen to Sufjan Stevens a lot as well. 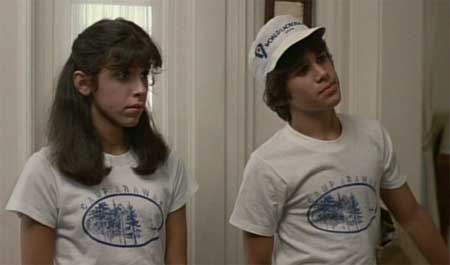 TM: If you had to make the choice, would you pick acting or music?

TM: In your opinion what is the greatest horror movie in the history of film? What is the scariest?

JT: The Exorcist hands down. It still gives me nightmares. The characters are great. The story is great. The cinematography is great. It is the perfect horror movie.

TM: Tell us a little about yourself. What do you like to do in your spare time when you aren’t acting or making music?

JT: I have always been a bit of a fanatic when it comes to exercise. I have run several marathons. I ski and snowboard and ice skate. My boy and I play spy games in the backyard. I love to cook. Summers in Colorado are great because the weather is fantastic so I can grill almost everyday. I love beer! Really good, expensive beer. My wife and I love to go hiking. We have four dogs, a cat and a fish named Nutcracker. Mostly, my favorite thing to do is sit on my front porch and watch my son and neighbors kids play and people doing yard work and chew the fat with whomever passes by. Life here can be pretty paradisiacal. 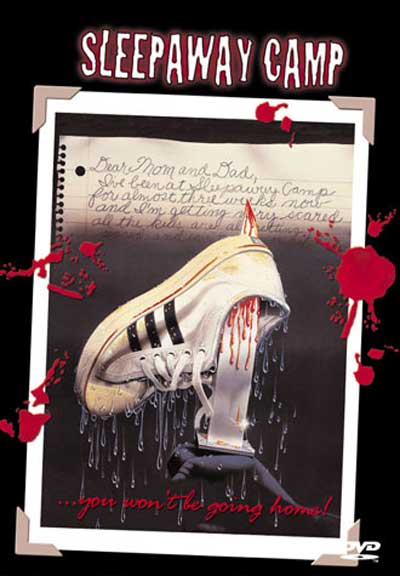 TM: Getting back to the topic of Sleepaway Camp, a lot of people think that Ricky and Angela were working together to kill their fellow campers. Was Ricky assisting her or was she working alone?

JT: I don’t think we will know for sure until the next Sleepaway Camp gets made. My inkling is that Ricky knows more than he is letting on.

TM: Since everything is getting remade these days how would you feel if you found out Sleepaway Camp was being remade? Would you be a part of it if approached to do so?

JT: I would probably be a bit sad because remakes can never capture the essence of the original. I would do it, for the work, but I would understand that that is all it is.

TM: What are some upcoming projects that you are working on (both in music and movies)?

JT: The list is getting pretty long (not that I am complaining). ‘The Perfect House’ should be coming out on DVD shortly. I play a very interesting psychotic killer named John Doesy. Felissa recommended me for the part. The director wasn’t sure I could be menacing and Felissa said, “Try dating him.” I am also going to do the prequel (including the soundtrack album) called ‘John Doesy (Origins)’.

I have another feature coming out (set to debut at The Tribeca Film Festival) called ‘Redemption‘. It co-stars George Loros from The Sopranos.

I am scheduled to be in the upcoming feature ‘Drive In Massacre’ (also starring Debra Lamb).

I am doing a web series with my friend Sean Crouch (Writer/producer for TV’s Numb3rs) that is called ‘Jonathan Tiersten Thinks He Is Ricky Thomas.’ It is a very black comedy in which I think all the actors at the horror conventions are the characters they depicted in their movies. Only problem is I can’t even get that right. I call Adrienne Barbeau ‘The Swamp Thing’. I also live in mortal fear of ‘Angela’. Felissa pops up in every episode and I go running for cover. It turns out I have an inoperable brain tumor and the conventions are the only thing that keeps me going . Vernon Wells (Road Warrior, Commando, Weird Science) is featured in another.

Right now I am reading the script for a new feature called “The Fallen One.” I play a biker named Chuckles. Fred Williamson and Jake The Snake Roberts are also in it.

My friend director Ron Oliver (Prom Night 2 and 3) is writing a film noir peace set in 1950’s Palm Springs for me to star in.

I am working on a new album with Paul Phillips (Puddle of Mudd) set to produce.

I am touring the east coast this summer.

I am going to Germany in November.

My son is graduating kindergarten.

There is another feature I just agreed to star in being shot right here in Colorado.  Phew!

TM: If Sleepaway Camp was ever remade who do you think would be the best choice to play Ricky?

Special thanks to the very friendly and totally awesome Jonathan Tiersten and his great manager Andrea Amanda Albin for this interview!