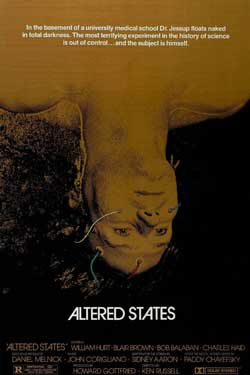 A Harvard scientist conducts experiments on himself with a hallucinatory drug and an isolation chamber that may be causing him to regress genetically.

“Altered States”
“He who makes a beast of himself gets rid of the pain of being a man.”
-Dr. Johnson.

This film is a juggernaut of intellectual and stylistic eye candy, it is apocalyptic in imagery and in its nature this film is a tiny milestone marking the beginning of the end; the end of surrealism in the mainstream studio cinema, the end hippy drug culture and psychedelic influence in major motion picture and the beginning of the end of the commercial success of Ken Russell’s films. Granted I say this as the beginning of the end but in art nothing is ever absolute, there were stragglers, there are still stragglers… But a bulk freak out like “The Wall” or “Altered States” put out by company like Warner Bros is simply out of the question. “Eternal Sunshine of the Spotless Mind” and films of that nature wink at the level of overboard imagery you’ll see in a film like “Altered States.” I write that as in no way to thumb at “Eternal Sunshine” but merely to clarify how much of a freak out we are talking about here… 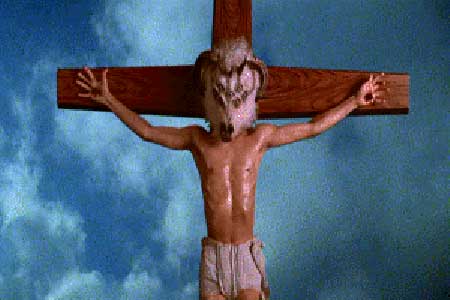 While there are many films/stories that are a metaphor for the horror of drug addiction and the horrible sh*t some people do to themselves such as “Dr. Jekyll and Mr. Hyde” or films that don’t use any metaphor such as “Requiem for a Dream.” “Altered States” follows a weird path with ambiguous message… And ain’t life just ambiguous… And the reality of most situations in life isn’t as simple as being just black or white but complex shades grey… Well, that is if you’ve lived a little…

So the short version of the plot is Dr. Jessup (played by William Hurt “Children of a Lesser God,” “A History of Violence,” “The Village,” “Into the Wild”) an anthologist who travels to Mexico looking for a native hallucinogens. He takes the hooch back to the US and in his lab he experiments with the psychoactive drugs in a sensory deprivation tank and turns himself into one of the monkey men things from the beginning of “2001 a Space Odyssey” not to be confused with Tampa’s strip club “2001 A Nude Odyssey”. He then typical monkey stuff like assault security guards and eat lambs in the zoo –what zoo has lambs? And this is the only part where the film isn’t plausible because as a monkey he doesn’t fling his own poop. Or anyone else’s poop for that matter… Well I guess it’s forgivable because he’s more like a cro-magnon man than a chimp and I’m not sure at what point man was officially man and stopped flinging his poop. Or in the case of G.G. Allin I guess it could be said that the flinging never stopped. 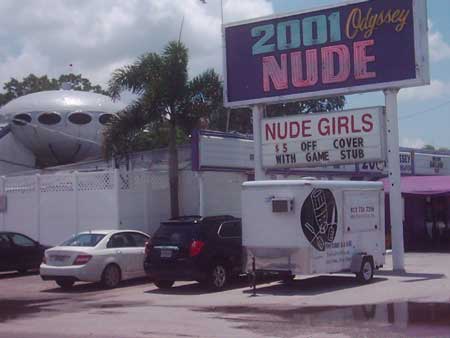 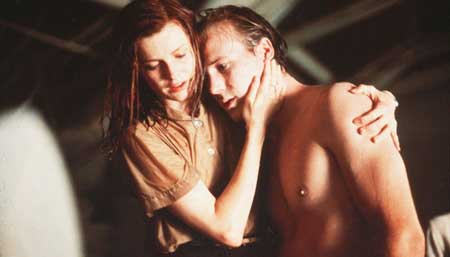 So Dr. Jessup does this all in the name of self-exploration and trying to deal with the pain of religious guilt (a hugely reoccurring them in Ken Russell’s work) and the grief of his fathers death. So he leaves his wife and kids to go do drugs and does it with no care for their suffering or pain he puts them through, which is very keep in the background of the film… That being said I always found it funny when new age types do native “drugs” to hallucinate but never take up their other alternatives to induce hallucinations like starvation, steam lodging, prolonged exposure to pain and sleep deprivation just to name a few, but what fun is that… and it’s awful hard to get your friends to join in a binge of starvation and hanging from bone hooks from a tree branch for 5 days while blow flies circle your dangly parts.

But Dr. Jessup’s quick fix stuff that looks like raw sewage gets right on top of you offering up visions of a crucified 7 eyes goat, hell and some very intense ice cream eating while his wife turns to dust. The best part is the film was made in 1980, so there is no lame CGI to look like plastic particles of computer pixels falling apart… All effects are “practical” and while some fall flat most of them hold up quite well and are stuff that you wouldn’t see today.

The supporting cast in this is also really worth note, Blair Brown (Dogville) starts as William Hurts obsessively in love with his wife.  Also in the cast is Bob Balaban who’s been a character in everything from “Close Encounters of the 3rd Kind” to playing Elian’s boyfriend who joins Greenpeace on “Seinfeld” to playing the dad in “Ghost World” thought my favorite appearance of his is in Christopher Guest’s “Waiting for Guffman.” 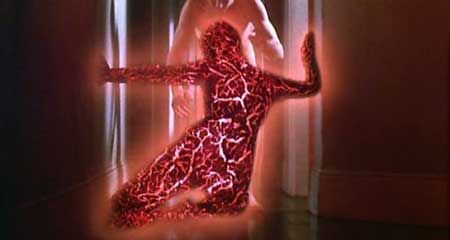 But as far as supporting cast goes another actor that really stands out –and this is for all you Clive Barker fans reading this is Charles Haid… Now if your scratching saying who the hell is that, that is perfectly OKAY, BUT if you’re a huge “Nightbreed” fan as I am, you’ll know Charles Haid as Captain Eigerman.

While “Altered States” sounds like an existential retelling of Jekyll and Hyde and in a way it is, it’s as close to the source material as the film “Splice” is to “Frankenstein” which I feel thematically on the grandest scale the message of all four works is the same on the most basic level: not becoming a d*ck (or monster) while you’re busy trying to better yourself or the world. I know, I know, most sh*tty English Lit 101 teachers will argue that the theme of “Frankenstein” is “Don’t trample on Gods domain” but they are wrong –and thus why they are sh*tty and here is how: It’s is impossible for one piece of fiction “Frankenstein” to intercede on another “God.” And wasn’t Frankenstein’s ultimate goal to save people and to better mankind and in pursuing said ambition the shenanigans with the monster then followed? 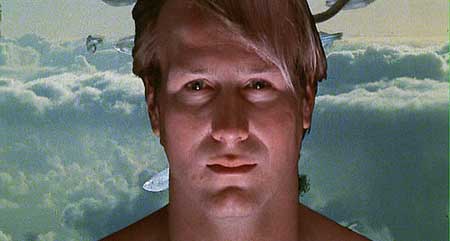 “Altered States” is filled with surreal imagery something that was waning in the films of the 1980’s and is living in almost extinction at this date and time. I’m not saying that surrealism in film is the Tasmanian Tiger but more like the blue whale around 1982 ish-nes… Audiences of today don’t want a freak out, they don’t the surreal or the metaphorical… It’s just the differential of zeitgeists between generations, it’s the way it is neither better nor or worse.

This film is a great journey, I don’t want to use the word trip though, watch the scenery as it gets sicker and darker and primordially stranger… Turn it up real loud and run yourself into ruin…