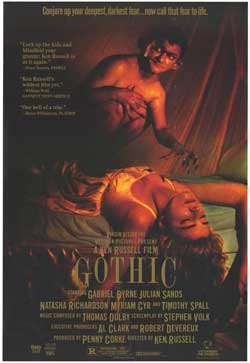 Story of the night that Mary Shelley gave birth to the horror classic “Frankenstein.” Disturbed drug induced games are played and ghost stories are told one rainy night at the mad Lord Byron’s country estate. Personal horrors are revealed and the madness of the evening runs from sexual fantasy to fiercest nightmare. Mary finds herself drawn into the sick world of her lover Shelley and cousin Claire as Byron leads them all down the dark paths of their souls.

There are many movies, and television shows for that matter, which, with great attention to detail, present a specific time period and the characters that inhabit them are conflicted, rich with depth and compelling. 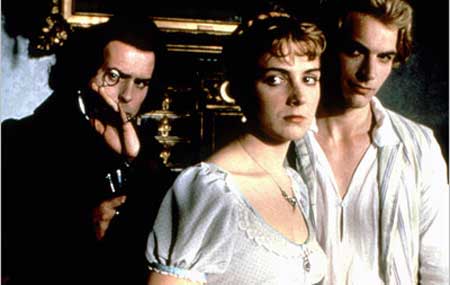 They can also tend to be tedious and heady. “Gothic” is a movie that proves that these characters can also be charged with mania and can exhibit their own special style of gravitas.Centered on the few days Lord Byron, played by Gabriel Byrne (“Usual Suspects”, “Stigmata”) spent with Percy Bysshe Shelley, played by Julian Sands (“The Killing Fields”, “Leaving Las Vegas”) Mary Godwin [Shelley] played by Natasha Richardson (“Nell”, “The White Countess”) Claire Clairmont, played by Myriam Cyr (“Kill by Inches”, “Species 2”) and Dr. Polidori, played by Timothy Spall (Wormtail in the Harry Potter series, “The King’s Speech”) in which they inspired each other to write. Not the least of which being Mary Shelley’s “Frankenstein: or, The Modern Prometheus.” During a storm which keeps them confined to Villia Diodati the five indulge in reading ghost stories, drugs and each other which leads to a challenge as to who can write the better ghost story. 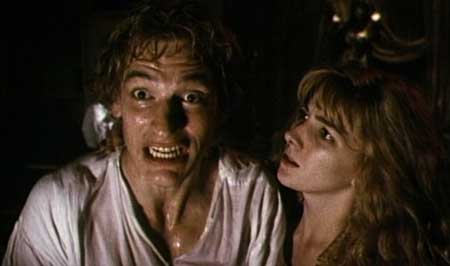 Rather than being a lugubrious period piece, Ken Russell’s (“Tommy”, “Altered States”) “Gothic” is a manic exploration of fear, its cause and effect on fragile minds. The movie starts out playfully enough as Claire, Mary and Percy arrive at the villa and chase each other through the grounds, but the first hint of what is to come is, what at first seems out of place, a brassy and intense musical score that adds more drama than is inherent in the scene. Steeped in a style of scoring that would become indicative of the eighties these initial scenes are incongruous enough to properly foreshadow what lies ahead. While the movie can be a bit obtuse in its randomness, strange and absurd tableaus are peppered throughout and create a fertile atmosphere for its theme to grow. As the friends enjoy food, music and pickle themselves with laudanum laced wine the villa takes on a carnival feel to it with its myriad rooms, passageways, nooks and crannies. 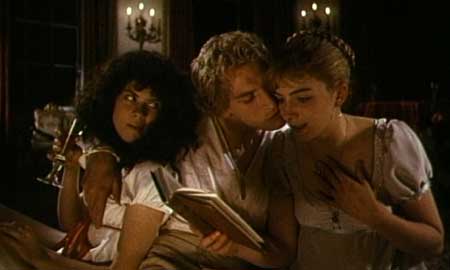 They play with life sized mechanical dolls, read each other stories from “Fantasmagoriana” let loose their eccentricities until a lighting strike sets a tree on fire and frightens them all. They muse on the imaginations ability to create life from nothing and through a séance, attempt the same. He calls for them each to conjure up their greatest fear and call that fear to life. What follows is their decent into the darkest recesses of their own terror and the line between the séance, acts of the devil, drug induced hallucinations and the leering atrocities of each individual’s psyche is blurred like sidewalk chalk in the rain. As they descend deeper and deeper the movie culminates in a montage of horrifying imagery that calls into question both sanity and reality. 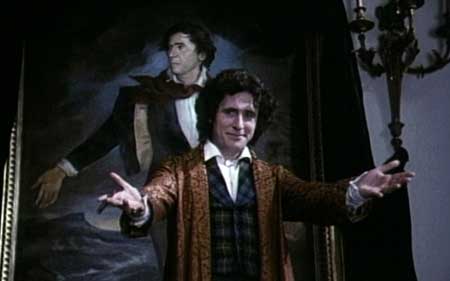 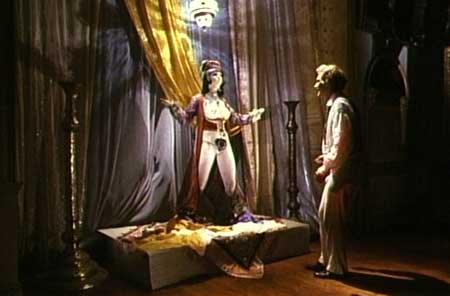 All five of the actors, especially Sands who plays Percy with an infecting, boyish insanity, chew the scenery as if it were made of taffy. However, the saccharine sweetness of this over acting is just the right vessel to carry the bitter and unnerving horror that each character vividly experiences through the night. Byrne’s Byron is varyingly dangerously intense and depressingly aloof which comments well on the bipolar disorder that Byron was rumored to suffer from. This also plays into a sub-theme which hints at Byron may indeed be the devil, tormenting his guests by manipulating their heartfelt fears. All in all everyone does great work in playing to the fear each character has yet remain nuanced and distinct in how each copes their horrors. 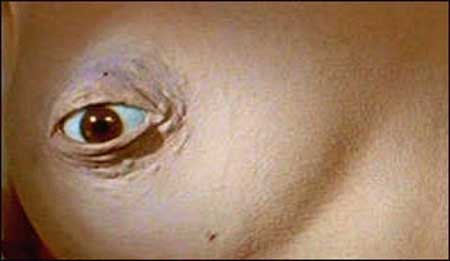 With an extremely capable and accomplished cast and crew “Gothic” is intensely successful at what it sets out to do. Not only does it portray the journey they’re on with frank honesty but vividly conveys the weight of the experience they have.