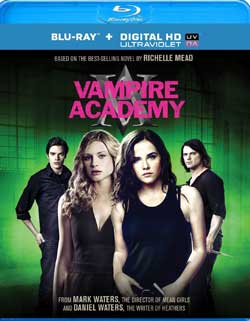 Rose Hathaway is a Dhampir, half human-half vampire, a guardian of the Moroi, peaceful, mortal vampires living discreetly within our world. Her calling is to protect the Moroi from bloodthirsty, immortal Vampires, the Strigo

Assumptions are always going to be made about vampire movies directed towards a teenage audience now, and they’ve got Twilight to thank for that! However, I kept an open mind because the trailer seemed to give the impression that it would be along the lines of St Trinians or even Mean Girls – both films which I have enjoyed. Vampire Academy is a playful and fun movie, and doesn’t pretend to be anything else. Whereas Twilight is almost exclusively a ‘romance’ film, Vampire Academy also throws in comedy and action as well which gives it that edge. 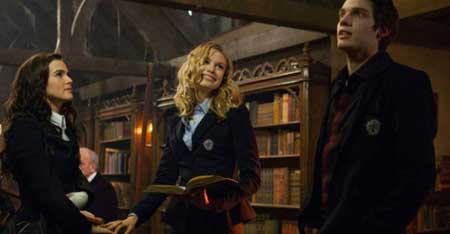 I liked the quirky aspects of Vampire Academy, which was mainly exhibited through the main character and her narration of what’s going on. On the other hand, at times things felt rather erratic and all over the place. There was a lot of background mythology about this vampire ‘culture’ which seemed a tad confusing and probably translated better in the books…That’s right, Vampire Academy is actually the first of six books, written by Richelle Mead. The books were so popular in fact that it not only inspired this film, but also a spin-off series of books and a graphic novel. Whilst a fantastic array of detail and background works well in a novel because the information can be explained over the course of a couple of pages, during the film it didn’t quite work. Within about the first five minutes, the audience views a horrific car crash which we then realise is a dream, are briefly introduced to the two main girls and how they have this special ‘connection’ and see one of them ‘feed’ off the other whilst it is explained that one is a ‘Moroi’ and the other a ‘Dhampir’. Geez, talk about throwing us in at the deep end! 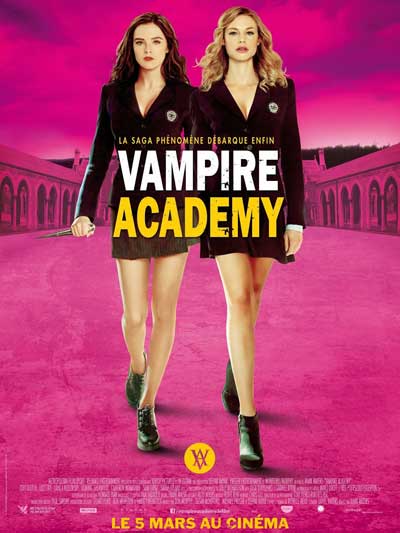 However, a point that I must make here is that Vampire Academy sticks to the very ‘in vogue’ portrayal of vampires – as these beautiful, lustful teenagers who mostly seem to spend most of their time brooding. This movie is not one for those who are fans of the classic stories about Nosferatu or Dracula, with their deathly pale skin and sleek movements in some dingy castle somewhere. It doesn’t try to be all serious and sinister like the Underworld franchise, Daybreakers or Let The Right One In. The teens in Vampire Academy are nowhere near as cheeky and rebellious as The Lost Boys or as tough and no-nonsense as Blade. Though connections could be drawn to things like Buffy the Vampire Slayer (for the obvious reason that it has a girl who kicks ass on it) and even From Dusk Til Dawn (because it’s quite tongue and cheek, but nowhere near as violent). I think the only similar qualities that vampires have retained through the years are the fangs and the thirst for blood. 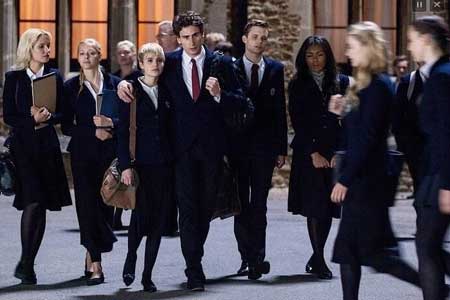 Along these lines, there is never much sense of drama or excitement during the film and most of it is just the students bickering amongst themselves. This is fine, as Vampire Academy (as the title suggests) is supposed to be focussing on the trials and tribulations of the school itself, but it is almost as if more sinister elements are half-heartedly trying to be thrown in with no success. 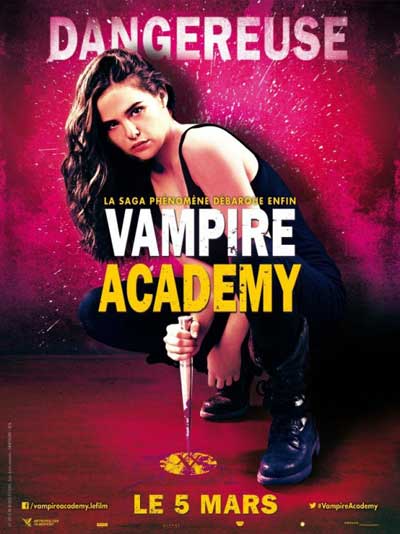 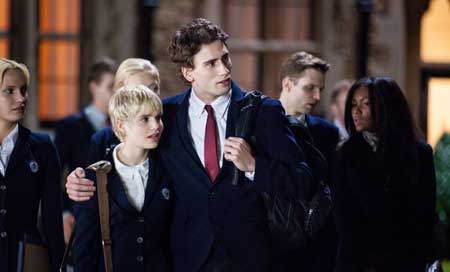 The story starts with Rose and Lissa on the run from their school, but they quickly get caught and brought back. They reluctantly start to adjust back in to Vampire Academy life, what with all of the rumours and bitchiness, but notice that things have changed since they left. Something sinister seems to be going on as messages in blood across the walls and hanging dead animals start appearing – a warning sign that Lissa (who is of royal descent) should leave school. This also unnerves Rose (who is training to become Lissa’s guardian) and they try to figure out who exactly is behind this plan, with almost everyone becoming a suspect. They are not even entirely sure whether it is just a petty student rivalry revolving around jealousy or something more serious concerning Lissa and her being in line for the throne. There’s numerous love interests thrown in along the way for both of the main girls, as well as a rather clichéd climax where everything kicks off on the night of the prom. 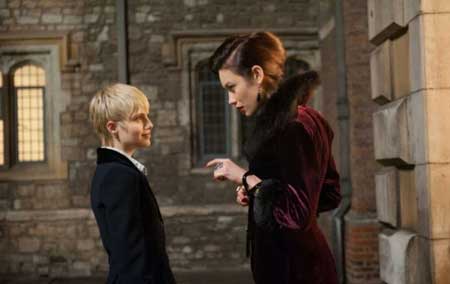 Whilst Vampire Academy is aimed at teenagers, and specifically teenage girls, others might enjoy it simply because it is just a bit of light-hearted relief at the end of the day. There’s nothing scary in it, nothing shocking in it, but who doesn’t like a bit of tame fluff every now and then.