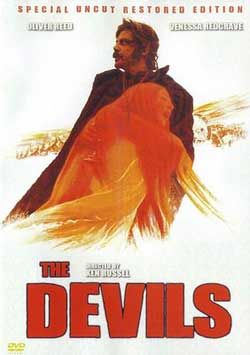 This film focuses on an outspoken priest and a group of sexually repressed nuns in 17th-century France.

I have this immense feeling of wanting to write about his film yet simultaneously I am at a loss for words merely because the landscape and the grandiose nature of what could be said about such an incredible cinematic achievement is simply so vast in its nature that the only upside to writing on such a film is how forgotten and in some circles obscure it is. 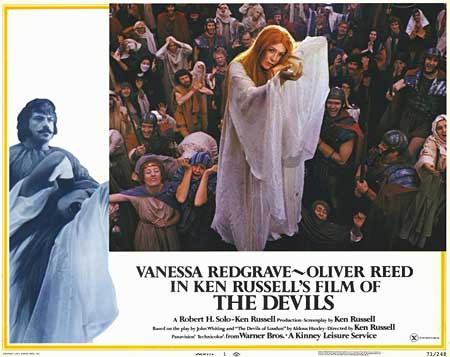 If I were to write about a film like say “Night of the Living Dead” well what do I have to offer you the reader that you haven’t heard already a thousand times before? Well, “The Devils” is a film that exists in a weird place, due to it’s censorship issues never got the fair shake it deserved and became a film for strictly the art house audience. “The Devils” should have seen a bigger audience but in the US, UK and other places in Europe it suffered due to content.… It defies genera and between that limited showings I think the film has lost out on have a broad audience calling it a classic. 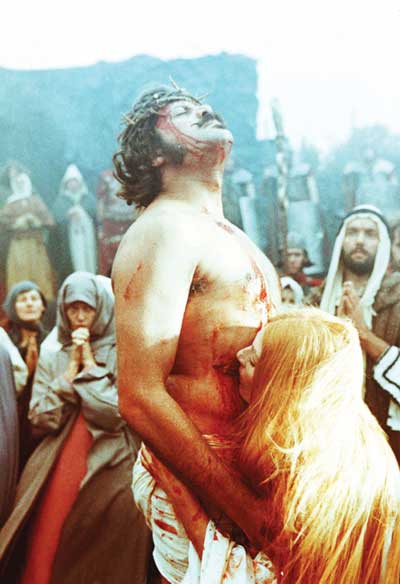 The film opens with the whole shtick about how it’s based on true events… Which makes my mind kind of jump the standard crap idiots say about the “good old days” you know moronic stuff about days past like “those were better days” or “people were more moral in the past” or better yet “it was a simpler time.” Yeah, you don’t see to many people dying of the black plague at your local Renaissance Fair so I guess we might have slightly off perception of days past … That being said…

As far as it being a more “moral” time –whatever the f*ck the word “moral” means anyway… Well the film is set in 17th century France under the rule of Louis the 13th –he’s son is the one who was killed by his people for starving them. So the main group of “moral” people in the film are a corrupt priest and a cloister of nuns who suffer from mass hysteria and some serious sexual repression issues. 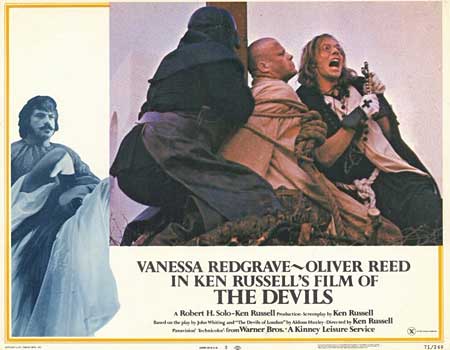 Now for the simpler time bit; the plot of the film is about a town that is slated for destruction due to allowing protesants to stay in the town after France is finally coming out of civil war between Protestants and Catholics. The King of France is perfectly fine with the town being left the way it is but the Catholic Church is not and its cardinal wants the town destroyed. The presiding arch bishop of the town has also taken over duties of as the town’s mayor and realizes that his redemption as human being is to save his town against the will of the church. SO the church gets an inquisitor to use intimidation, torture and boiling enemas to drum up mass hysteria against said priest to remove him from power… yeah… simpler… 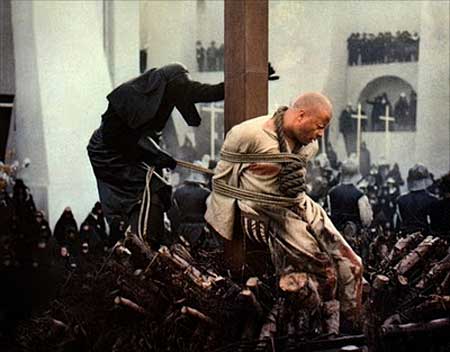 And the “better days” well, I guess the fact that witch trials were expeditious because they lacked the burden of evidence and had to go quickly if you witnesses had plague way a good thing… So stuff happened faster. Then again the whole “based on a true” store is about as accurate with most films as is the idea the world was created 5000 years ago. I don’t really want to research 17th Century French history but if you care about this stuff and have free time GO CRAZY….

Oliver Reed stars in the lead as a corrupt almost rock star of a bishop who is screwing (literally) some of his flock while he is wildly lusted after by the wives of Jesus up at the local cloister. Reed himself thought of his performance in in the film as one of his best and that is coming from a master actor. 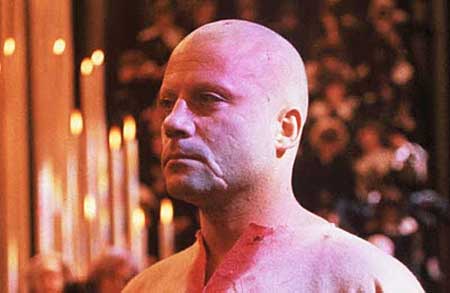 Reed is one of those actors who I think is madly under rated right up there with Peter Lorre… And I think had Peter not had to flee Germany and there was no WWII he would have had the fame he really deserved… But I’m digressing, Oliver Reed I think should be regarded in the same way as Peter Cushing or Christopher Lee is but instead I feel he gets more of a Herbert Lom treatment… Oliver Reed did very solid work up until his death while working on “Gladiator” personally I blame Russell Crow… I don’t know how yet but I know he’s tied into Reed’s death somehow… But I have to agree with him in his opinion of acting in the “The Devils” but the whole film is outstanding, strange and revolting on human level. Not an “ew gross” revolting, but more the things the characters do is revolting… Kind of like the way at times the book “Lolita” might make you fell revolting. It flawlessly ties strange characters into bizarre sets and then brings it altogether in the sordid carnival that is the witch hunt. 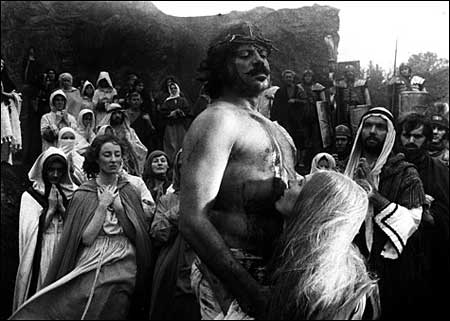 Playing against Reed is Vanessa Redgrave who was pretty hot in 1971… Despite the nuns outfit… and the fact that she plays a hunch back that has sexual visions of Reed as Jesus and her getting it on with the holy ghost… What’s really nice is the groupie on the verge of a nervous breakdown/”bitch I cut you” delivery she has throughout the entire film… Between her and Reed –who barely share any scenes, it’s no surprise that this film was a career maker for both of them. 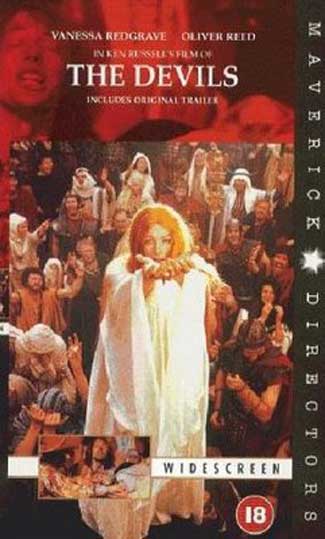 The film itself has had a bumpy road mostly because some counties saw it as a “tad” offensive… For instance Italy threated Oliver Reed or Vanessa Redgrave with 3 years of jail if they set foot in the county after the film opened, which makes doing any kind of publicity for said film a tad hard…. In both America and the UK the film received an “x” rating which of course might have hurt its box office potential just a smidgen… Nuns grinding on a crucifix apparently are a “no, no” for the MPAA, epically if they are naked and its in the name of art… 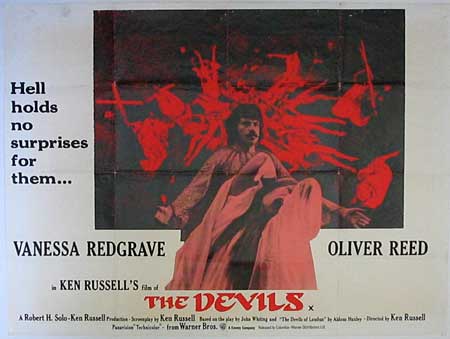 The film isn’t your typical run of the mill horror film or drama or art film… It connects you to the characters and then pulls you into this weird atmosphere a parade of inquisitors, mass hysteria and torture. Most of the “The Devils” feels like you are sitting next to a smiling psychopath and you don’t know what he’s going to do next… It might be something violent… or it might be just run off into darkness… but you know he’s crazy and you know it will all end poorly. The film itself however is simply just a colossus powerhouse of writing, directing and acting that’s result is a smooth sickening feeling. “The Devils” elements come together and forge a terrifying piece of art that was –and in some ways still is, way before its time.