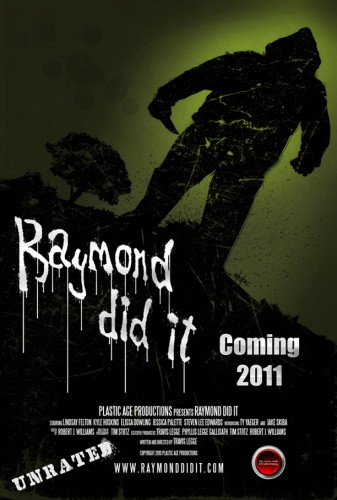 I’m not sure how or why but for some reason I keep getting these e-mail updates from someone named Travis Legge. They seem to come pretty frequently and they kind of annoy me. I never pay them attention nor do I read any of them. I actually thought it was some sort of spam. So when I received the film “Raymond Did It”, I researched the film only to find out that the film was directed by Travis Legge. So my interests were immediately peaked since it clicked in my head that this was the same Travis Legge I had been getting these e-mails from. I don’t think I will ever figure out how or why I have been getting sent his updates but his film, which is part horror part revenge, is flawed, still manages to be a very solid effort.

Bryce (Trent Harr) and his brother Raymond (Kyle Hoskins), spend much of their time together. Their family is on the verge of having some very good news when tragedy strikes. Bryce is killed by their friend Paige. Though it was an accident, this group of kids decide to cover it up the only way they know how: to blame it on Raymond, who is mentally impaired. Time passes and they are on their verge of graduation. Tammy (Lindsay Felton) has grown apart from the rest of them. She is the only one that feels remorse and was more or less threatened to go along with the story in the first place. She still finds the time to visit Bryce’s grave on a regular basis. Paige (Elissa Dowling) on the other hand, is the biggest bitch she can possibly be. She still keeps the rest of the kids under her rule and the secret is never spoken of. That is, until the day that Raymond escapes from the mental hospital. He only has one thing on his mind: revenge. . 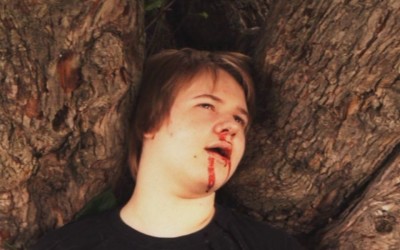 We may have seen this type of film done many times before, there is something that stands out and sets it apart from the rest. I’m still not sure what it was but the film was good. My main issue with was that there are way too many shaky camera shots. How I was sitting, along with the shaky camera, contributed to my growing nausea. I found this to be a serious issue for me and had to bring it to your attention.

The strongest aspect of the film is the relationship between Raymond and Tammy. There is some genuine feeling here. She was the only one who ever stuck up for him, so their dynamic together makes for the most interesting part of the story. Will Raymond go after her? Will she help him? This relationship makes the film work. I wish there would have been more scenes with the two of them. The acting by the cast was terrific. The leads were amazing and an extra special shout out to Elissa Dowling for being such a despicable character. In fact, none of the characters are really that likable so we all are rooting for Raymond to exact his bloody revenge. And bloody it is. There are some pretty nifty gore effects, one involving a washing machine that made me giggle but looked creepy as hell. Listening to the potty mouths on the children during the first ten minutes is somewhat of a shocker. Who would let their kids talk like that? Either way, it works for the better of the film.

Apart from a few slow moments and that damn nausea inducing shaky cam, “Raymond Did It” is a success for the mysterious Travis Legge who has somehow found his way into my mailbox. Shot on a tiny budget, the film succeeds in telling a bloody revenge tale. There is more to this story and it will be interesting to see where it goes if there is ever a sequel. *** (out of 5) This is a solid first effort and worth taking the time to watch. 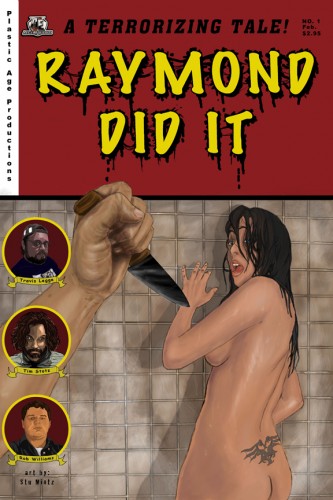