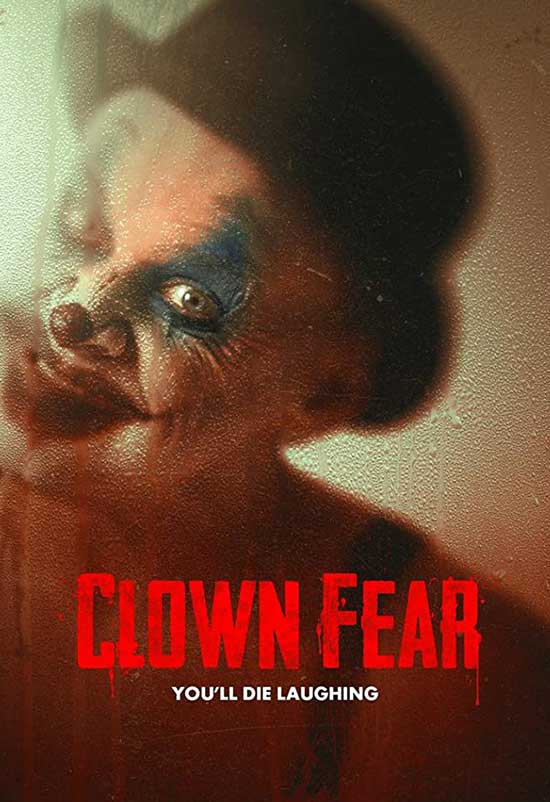 A runaway bride and her bridesmaids are stranded in a city run by clowns. Everything seemed normal at first but this clown cult has their own set of rules. It’s a carnival ride as our girls tries to stay alive to escape Clown City.

The humble clown has quite a storied history in cinema, particularly in the horror genre; something about these pasty-faced weirdos with their off-kilter chuckles and make-up obscured faces really seems to strike a nerve in a lot of horror fans. The sinister clown has been cropping up regularly in movies from as far back as 1988’s Killer Klowns From Outer Space, right up to more recent efforts such as 2016’s (surprisingly good) Terrifier; even Rob Zombie’s given them some love in his 31 from 2016, and the Firefly family from House Of 1000 Corpses/The Devil’s Rejects have their very own clown in residence in the shape of Captain Spaulding. And of course not forgetting the daddy of them all, Stephen King’s Pennywise from the TV miniseries and the recent smash hit movie versions of IT. 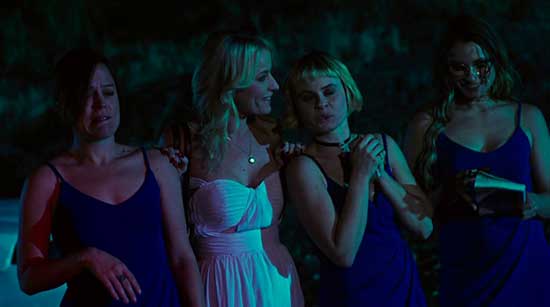 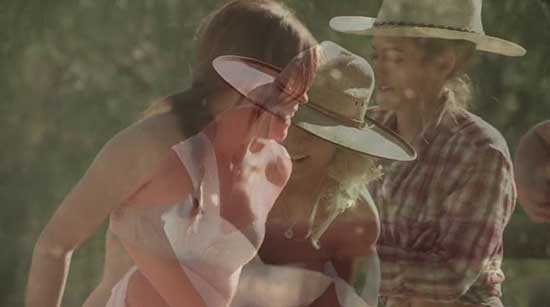 For the most part a lot of these clowns in movies tend to be, shall we say, a little more biased towards the comedy side of things than the pure horror; Pennywise perhaps being the exception as while the recent IT movies have their share of laughs derived from the other characters, he himself is not really a clown you’d want to mess with. And more often than not (again, Pennywise excepted) the horror clown is more likely to be seen pedalling his little car at the lower end of the budget scale.

Speaking of budget, as many horror films tend to have less cash to spend than their mainstream counterparts, it’s often crucial that they make the absolute most out of the funds they do have; some low-budget horrors thrive with this, and produce outstanding end products with limited resources. Others however end up producing what look like – well, low-budget movies in all regards. We’ll wait until a little further in this review to see which of these two camps Clown Fear falls into. 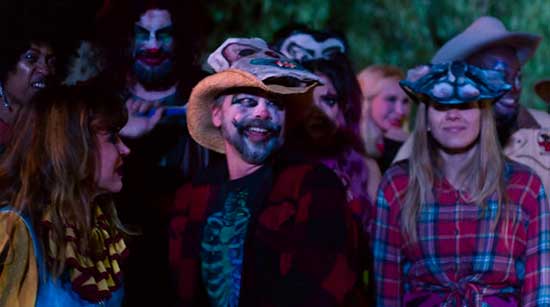 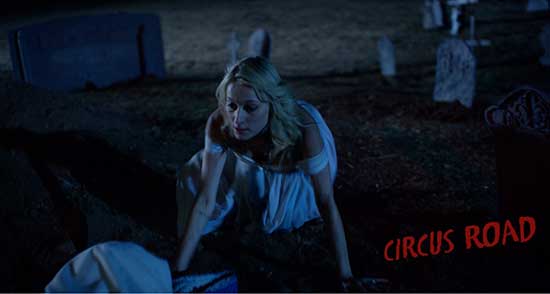 This 2020 American production was directed and co-written by Minh Collins. It follows the exploits of bride-to-be Carlee (played by Collins’ co-writer Sadie Katz) and her three bridesmaids Mia, Amber and Britney. After being ditched at the (sleazy Las Vegas-in-a-hurry) altar by boyfriend Tom, the four pals decide the best cure for heartbreak is a spontaneous road trip. Wouldn’t you know it, Carlee’s Mustang (which it clearly is even though all the car logos are covered with tape every time it makes an appearance; no licensing fees for you Mr Ford!) decides to break down in the middle of nowhere – right outside the mysterious “Clown Inn”, a kitschy motel dedicated to all things clownish.

The girls meet the odd receptionist Kat – and her even odder mother, Myrtle – and once they have rooms booked for the night immediately engage in what we soon discover is their favourite pastime; indulging in copious amounts of utterly gratuitous nudity! (There are several scenes scattered throughout the movie which involve one or more of the girls being partially or fully naked, for no real reason other than BOOBS). 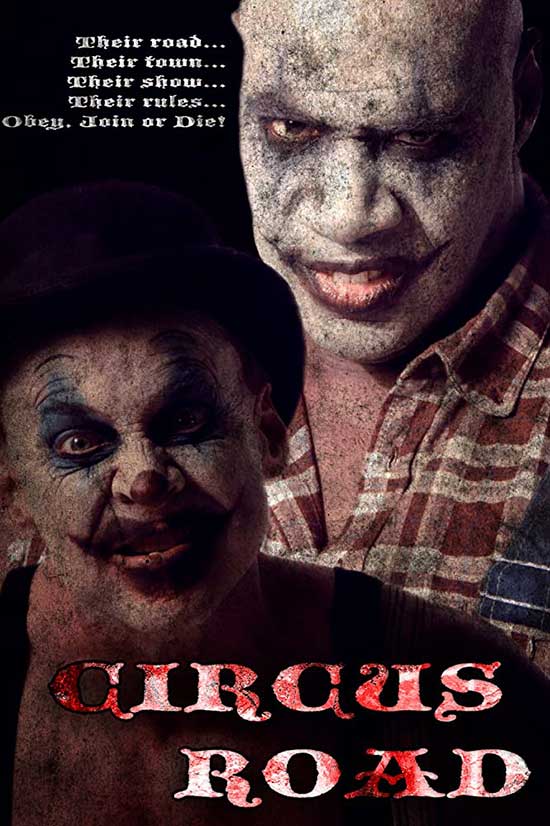 Meanwhile, groom Tom (played by Scottish actor Gianni Capaldi, whose accent seems to do a tour of Brooklyn via the Outer Hebrides) has decided he was hasty in jilting Carlee following her night of pre-marital fun with someone else the night before the wedding (his logic being, as it was a WOMAN she cheated on him with it’s all good); so he sets out in hot pursuit to woo her back. It’s not long before he and his best man are acting out many of the main chapters from the idiot’s guide of what not to do in horror movies (Creepy clown the size of a barn door pulling the head off a rabbit in front of you? Feel free to get out of the car and investigate when he disappears). 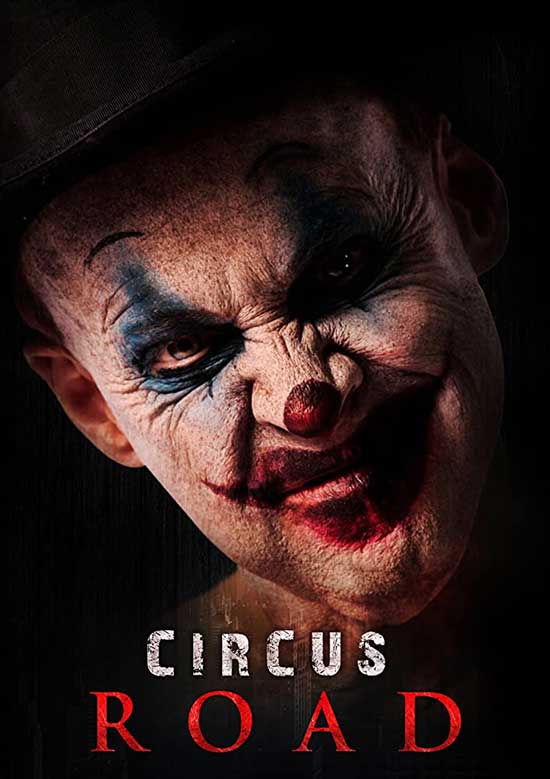 You may well have realised by now that Clown Fear is definitely in the low-low budget category. The “acting” can be most generously described as workmanlike at best (and absolutely terrible at worst; it’s performances like those on show here that go to prove just how easy the professionals make it look), and the special effects are both minimal and not particularly special, consisting mainly of a few squirts of fake blood and some clown make-up. The aforementioned gratuitous nudity gives the film an exploitation feel, and the midway-through attempt to give proceedings a lame supernatural back-story doesn’t really land; the characters are paper-thin and irritating as hell. 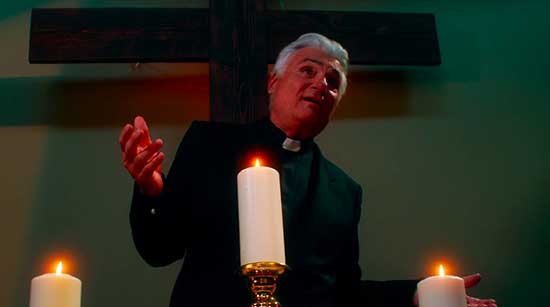 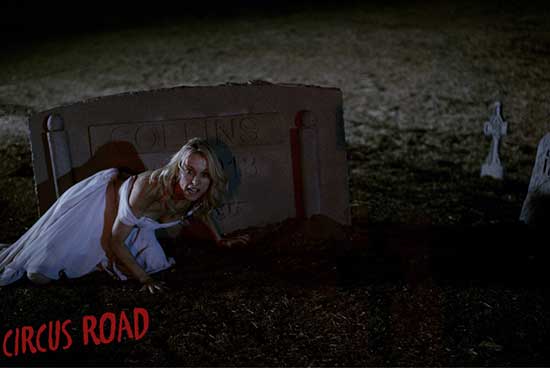 Combine all that with an unfathomably long runtime (an hour and forty-nine minutes) and it’s difficult to recommend Clown Fear unless you’re really stuck for movies to watch. On the plus side, the story makes so little sense that it is at least unpredictable, and it does play itself mainly for laughs. Coulrophobes shouldn’t have too much to worry about here.