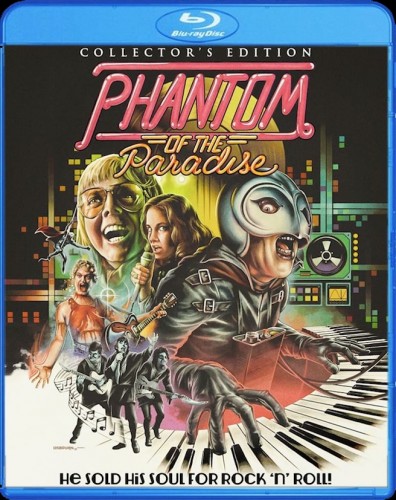 Composer Winslow Leach (William Finley) is determined to seek revenge on Swan (Williams), an evil record tycoon who steals his pop cantana of the Faust legend to launch his enemy’s palace as the mysterious Phantom of the Paradise and continues to plan his gruesome retaliation.

With this review I think I will be straying a bit from my usual format since the film I will be reviewing is one of my all time favorites. Say what you will about Brian De Palma, but the man has made many great films, most during the early part of his career, the only major misstep I saw was the fact he directed “Mission Impossible”.

I will go on record saying that every film he did from 1973 to 1993 were either great or really damn good. For me, that one film that encompasses everything I love about a De Palma film, also stands out as his most unique and fun, “Phantom of the Paradise”. This is a film I have watched MANY times and could stand to watch it MANY more. “Phantom” defies classification, it’s a comedy, a bit of horror, a dash of romance, and just to keep things rolling, it’s a rock opera.

Winslow Leach (William Finley) is a composer whose music catches the ear of Swan (Paul Williams), a producer who feels that Leach’s music would be perfect to open his new concert hall, The Paradise. Swan’s lackey Philbin (George Memmoli) takes the music, cutting Leach out. He makes several attempts at contacting them only to be brushed off. Leach makes his way into Swan’s mansion, only to find that there are open auditions and it’s his music they are using.

While there, he meets Phoenix (Jessica Harper), who he finds to be the only real talented one and perfect for singing his music. Swan eventually frames Leach and has him thrown in prison. He escapes only to go and ransack Swan’s operation, including a record press that ends up disfiguring him and crushing his vocal cords. He escapes into the river and disappears. The time comes for The Paradise to open and Swan has to deal with a Phantom that sabotages everything involved with the show. Swan realizes that it’s Leach and offers him a deal with the devil. He wants Phoenix and Swan wants a success. Can they work together or will Winslow Leach bring the walls of the Paradise crashing down? 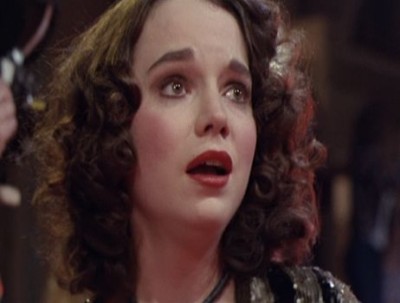 The story is mostly a mashing of elements from the classic story of “Faust” and of course “Phantom of the Opera”. The film is filled with witty dialogue and social commentary. To bring the story into a contemporary (at least it was when released in 1974) setting, Paul Williams crafted an incredible score and soundtrack. Some songs are silly (“Upholstery”) others are haunting and beautiful (“Faust” and “Old Souls”). The way they fit into the film, they all work and a major part as to why this film is such a classic. De Palma has always had a distinct style of directing and many of the tricks that would later become his trademark, make appearances here as well. Most notably his use of split screen which works incredibly here.

William Finley is superb as Winslow Leach. He is able to pull of the sympathetic hero who almost becomes a monster, with absolute ease. He has spent the majority of his career as a character actor, though he seriously deserved more turns as a lead. Oh Jessica Harper, how we love thee. During this time in her career, she could do no wrong. From “Suspira” to “Shock Treatment” to this film, she has earned her place in my heart and will always be Phoenix. Her song “Old Souls” is just plain beautiful. Paul Williams, though working double duty as actor and composer, hits one out of the park. He is just a real sleazy bastard and so much fun to watch. The supporting cast is just as much fun and Gerrit Graham as Beef is a scene stealer. He is so incredibly funny and I laugh just thinking about his line delivery. 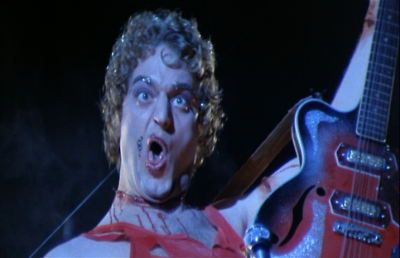 This review could just go on and on. I have a replica of the Phantom’s mask displayed in my home, I memorized the soundtrack, I have shirts. I love “Phantom of the Paradise” and you should too. That’s why “My music is for Phoenix. Only she can sing it. Anyone else who tries………DIES!!!”

Phantom of Paradise is now available on bluray per Shout Factory