Home | A new poster and a trailer for DARK SHADOWS

A new poster and a trailer for DARK SHADOWS

Been a strange day for this trailer. It has been posted and removed from just about every horror news site on the net several times. I was at work all day so I didn’t get to partake in the “post it, take it down” fun but tonight, finally, the trailer has been OFFICIALLY released and you know what?

it was worth all the BS.

The trailer is great and the film looks amazing. Along with the trailer came a new one sheet: 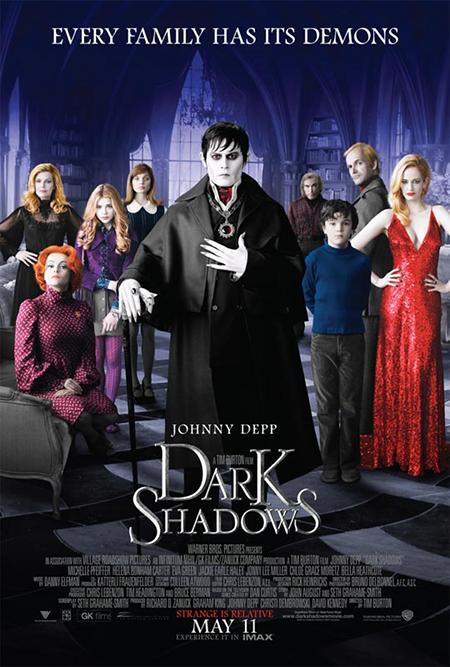 In the year 1752, Joshua and Naomi Collins, with young son Barnabas, set sail from Liverpool, England to start a new life in America. But even an ocean was not enough to escape the mysterious curse that has plagued their family. Two decades pass and Barnabas (Johnny Depp) has the world at his feet–or at least the town of Collinsport, Maine. The master of Collinwood Manor, Barnabas is rich, powerful and an inveterate playboy…until he makes the grave mistake of breaking the heart of Angelique Bouchard (Eva Green). A witch, in every sense of the word, Angelique dooms him to a fate worse than death: turning him into a vampire, and then burying him alive.