Ahab, a man obsessed with exacting a brutal, violent revenge on the man who murdered his dad, joins John, an eager priest, and Twink, a hot-headed street hustler, on an epic quest to find and defeat this mythical monster known as Chris Fuchman AKA The Father’s Day Killer.

It’s almost impossible to classify “Father’s Day” (and I’m not talking about that ridiculous film from 1997). This film is the brainchild of Astron-6, who I had just recently been turned on to by this films’ producer Lloyd Kaufman, when he gave me a 2-disc set of their short films. Some of you may have read that review but the short films on that disc will not prepare you for the lunacy that is “Father’s Day”. This film is going to explode, I can feel it now. At least it should. Astron-6 takes an 80’s VHS era approach to a grindhouse revenge film then just kind of goes batsh*t crazy. It partly recreates, partly parodies, and still manages to have an aesthetic all its own. Yes, this is a Troma film so all of the staples are there, but Astron-6 have a voice all that just keeps screaming through.

To try and summarize “Father’s Day” isn’t exactly an easy task, I will try to keep it short and as spoiler free as possible. Ahab (Adam Brooks) is a man driven by revenge over the rape and murder of his father by the serial killer known as the Father’s Day Killer, also known as Chris Fuchman (Mackenzie Murdock). Ahab isn’t alone on his quest, joining him is Father John Sullivan (Matthew Kennedy) and male hustler Twink (Conor Sweeney). Ahab’s sister Chelsea (Amy Groenig) is captured by Fuchman and the three men will go to any lengths to save her. 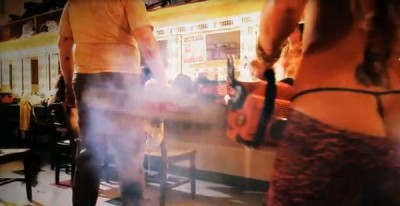 I’m happy to report that “Father’s Day” is a perfect exploitation film. Every possible element you can think of is thrown into the mix and by some miracle it all works. The film is disgustingly nasty with plenty of practical gore effects to repulse (and excite) the most jaded of gorehounds. No real CGI here but Astron-6’s own Steve Kostanski had a hand in some stellar stop-motion animation work. The titillation factor is also present. Ahab’s sister Chelsea is a stripper so there is plenty of the bouncy on display since several sequences play out within the strip club. We are even introduced to a half-naked stripper with a very large chainsaw. Not all the nudity puts a smile on your face either (you may want to keep that in mind). The story was nothing like I had imagined it to be. It follows the main summary for a portion of the film then goes way over the top and it becomes impossible to predict anything that will happen next. It keeps you on your toes.

This is not only a tribute to the early 80’s VHS era but the grindhouse as well. The look and the sound are spot on recreations of the genre. Even their acting is done in that ridiculous style. One of my favorite moments in the film happens when Ahab first meets the stripper with the chainsaw. It’s just a tiny gag but it’s just one of those tiny moments that made me laugh out loud. These guys have been working together for so long they seem to just know each other’s timing. All five guys in Astron-6 had a hand in creating almost every aspect of this film and that really does go to show you just much of a well-oiled machine they are. My favorite type of humor is when everything is played completely straight and the delivery is deadpan. Adam Brooks may just be a master of it. 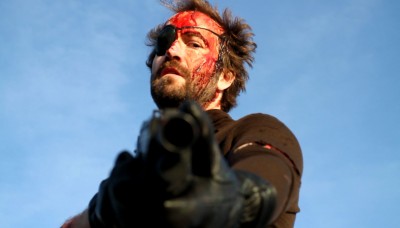 Lloyd Kaufman needs to be given some credit for giving these guys such a push. Not only does “Father’s Day” manage to lampoon and pay respect to an era many of us miss, but Lloyd was a pioneer in that era and with Astron-6 joining forces with Troma, it is a match made in Heaven (or Hell). Destined to become a cult classic, “Father’s Day” is receiving a much deserved ***** (out of 5) from me. Get to it as soon as you can. 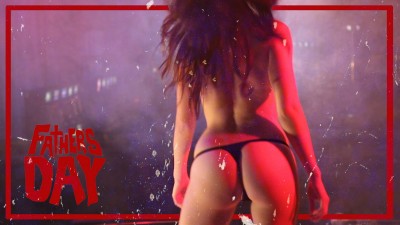