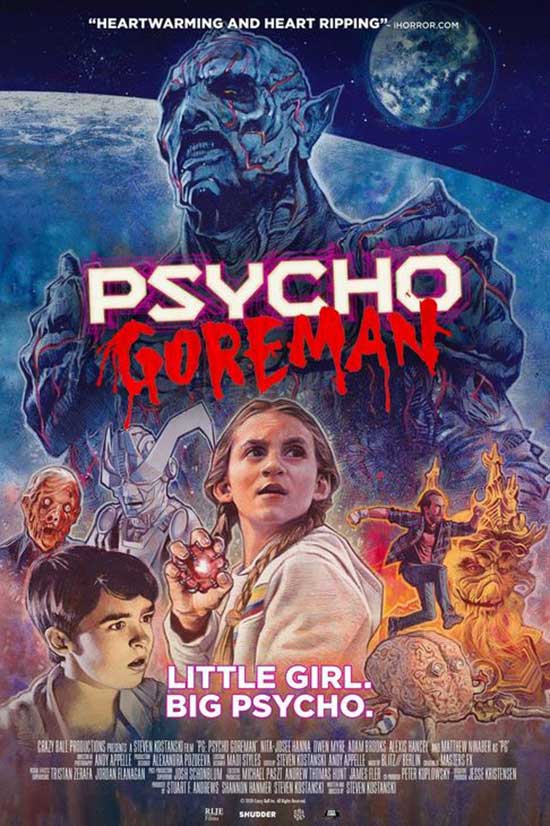 Two siblings unearth an ancient alien overlord and all hell breaks loose on earth as those from his home planet try to stop him from destroying the universe.

Psycho Goreman, written and directed by Steven Kostanski, was a wild ride from start to finish. Although I didn’t know what to expect, this science-fiction horror-comedy exceeded my expectations.

After a spirited game of what siblings Mimi and Luke call “crazy ball”, they uncover a vessel with a glowing gem that holds something strange, but Mimi decides to take the gem and bury it back up and go to bed. When they’re asleep, the creature within the cell breaks out and violently kills some lowly criminals in the old shoe factory. At this point, we know that this strange being is not from earth and that he can do some serious damage to humans.

The next morning, the whole family wakes up to find a giant hole in their backyard. Mimi and Luke automatically become curious and later they go to look for what came out of the ground. They find him and one of the victims from the previous night in eternal pain, and Mimi is not afraid of him. She starts cracking jokes as he threatens to kill her and Luke, and he eventually gives up when he finds out that Mimi has the alien gem that has the ability to control him. He also tells the kids about his home planet of Gigax and how he came to be a violent force as a result of his mistreatment, as well as his banishment. Afterwards, Mimi and Luke try to decide on a name for him and they come up with Psycho Goreman. For the rest of the film, Mimi is in control and the chaos ensues as she uses him for her benefit and introduces him to their friends. One thing that I equally enjoyed and hated was Mimi. At times she carried the comedic spirit of this film, and at others, she was an annoying presence that took away from all of the other characters’ unique personalities and offerings.

As Mimi’s antics of practical jokes and silliness ensue, we find out that the rulers of his home planet have learned of his escape and one of their most prestigious, Pandora, comes to Earth to kill him once and for all. Mimi and Luke’s parents eventually find out about him and are scared and mad at first, but they come to grow comfortable in his presence. The genius part about this film is how well horror and comedy marry, as well as how every wild and absurd thing that happens, such as Psycho Goreman turning their friend into a brain, feels organic and possible. 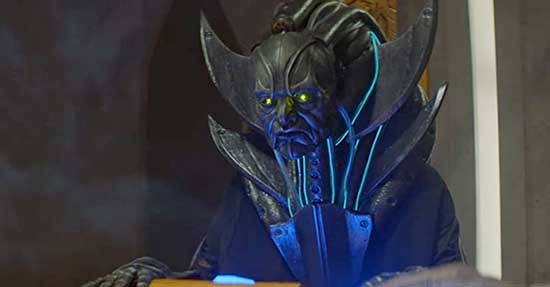 As the film progresses, the family seems to fall apart and Mimi grows even hungrier for the power that she holds, leaving both Luke and Psycho Goreman feeling helpless. When Pandora arrives, Luke and their mom side with her while Mimi and dad try to help Psycho Goreman. We find out that Luke steals the gem from Mimi because of her cruel actions and words towards him which leads to a giant crazy ball face-off between the teams in order to either spare or kill Psycho Goreman. The film closes when the whole family comes together and turns on Pandora, and they all help kill her and help Psycho Goreman live. Mimi and Luke, as well as the whole family, make up and Psycho Goreman spares their lives and leaves to wreak havoc on the rest of the planet. 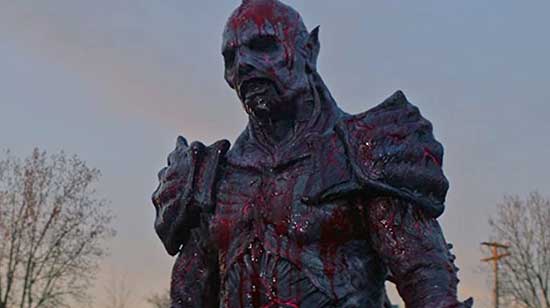 Overall, Psycho Goreman was an insane delight from start to finish. The relationship between Mimi and Psycho Goreman was oddly sweet and the bizarreness of the subject matter made it the perfect setting for a horror-comedy. The mix of gore and laughs was a perfect one and I grew invested in the strange pairings. The performances by Nita-Josee Hanna and Owen Myre as the siblings and Matthew Ninaber as Psycho Goreman were stellar and made it even more memorable. Another thing I loved was how quickly accustomed the family became to a murderous alien who wanted to kill them the whole time. This oddity just added to the story. I will definitely be watching Psycho Goreman over and over again.

I give Psycho Goreman an A.