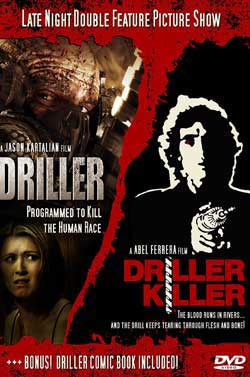 Reno is a struggling artist who lives with his girlfriend and her lesbian lover. He is not the most stable guy in the world to begin with, but his sanity really starts to slip away even more as he tries to finish a painting; he is really stressing over the painting as it is. Add to that the fact that he is having drama with his girlfriend and her lover as well as having trouble sleeping due to a the band next door practicing as loud as possible all hours of the night. All these stressors cause him to eventually snap and he goes on a killing spree using a portable drill as his weapon.

I remember seeing this movie when I was a kid and I remember that I didn’t really like it. I watched it again in college with my friend Jay and we spent most of the time making fun of it as neither one of us was really into the plot. I just watched it again, thinking that the third time would be the charm and I would end up loving it, I was wrong. I still just couldn’t get into it and no matter how much I wanted to like it I really didn’t. 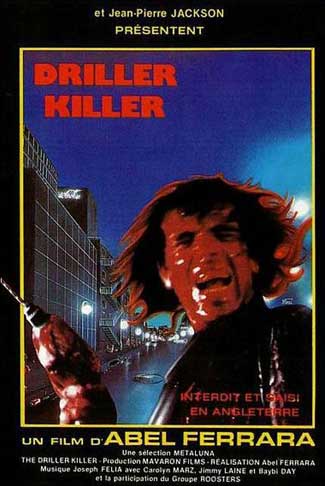 You would think that I would dig this movie, just for the fact that it’s a slasher flick about a guy going around killing people with a drill. There’s blood and guts and violence even! It has everything needed to make it a great slasher flick but it fails miserably. Why didn’t I care for it since I am such a big slasher film fan? There are several reasons but I think for the most part I didn’t enjoy it because it’s just really boring. 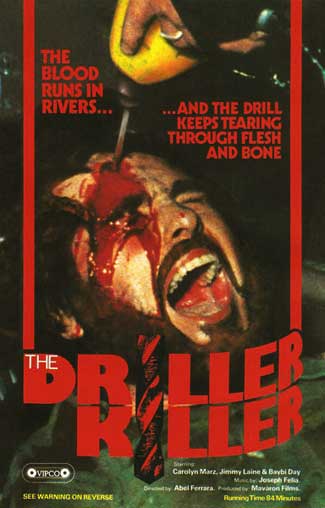 I honestly, almost fell asleep a couple of times while I was watching it due to the fact that nothing ever seemed to happen. We get to see Reno slowly go insane, see him paint, watch him interact with his roommates, argue with the band next door, and talk to his asshole landlord. It seemed like too much time passed before anything worth mentioning happened, and with a title like “The Driller Killer” you’d expect there to be loads of bloody death scenes and an ungodly amount of gore. Sadly, that just isn’t the case with this film. Instead we are forced to endure many boring scenes until Reno finally starts killing people somewhere near the end of the film. To be honest by the time he did start drilling into his victims I really didn’t care anymore.

I think that another problem this movie has is that it tries a little too hard at times. I get that Reno is slowly going nuts but the film tries to be artsy with the way he descends into madness. Instead of spending so much time beating us over the head with unnecessary scenes that establish that Reno is going crazy, there could have been more scenes where he was actually killing people. If I’m going to watch a movie about a killer with a drill I want to see him actually drilling holes into people, not just sit and watch him carry on the mundane tasks of his everyday life. 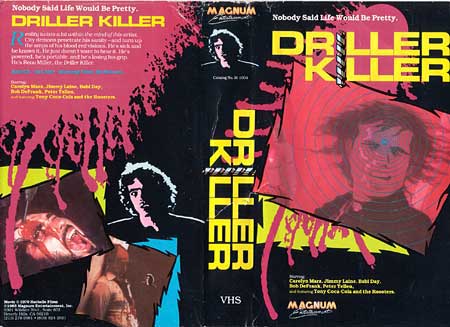 There were some things I liked about it, it wasn’t all bad. It did have some redeeming values that saved it from being too terrible. I liked the character of Reno and thought that Abel Ferrara (who also directed it) did a pretty good job bringing the character to life. I think he is an identifiable character that has problems that most people can relate to (money issues, dealing with annoying neighbors, etc.) I know I sure can (and have wanted to drill holes in them as well, just kidding, or am I?) I also dug the late 70s vibe overall and enjoyed the little bit of gore we did see. 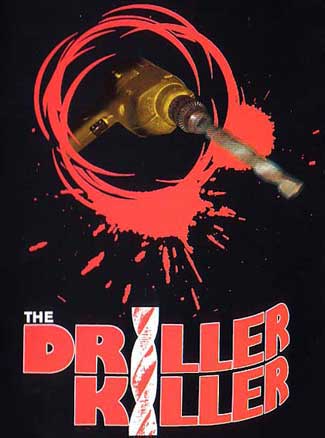 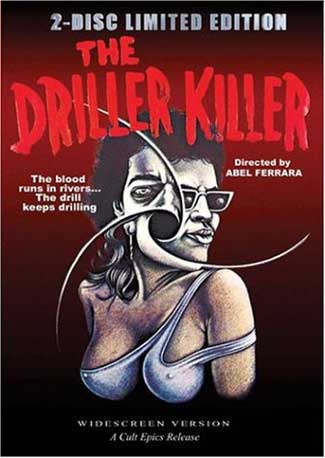 “The Driller Killer” should have been an excellent film but I really found it lacking. If you look up the film online you will see a ton of information about the controversy that surrounded it back then but I found it to be quite tame by today’s standards. I really liken the film more to a character drama with a few elements of horror thrown in for good measure (I think the title is a bit misleading). I think that it is a film every horror fan should see and I would leave it up to each of those people to decide whether it is good or not. Unfortunately, I was really let down by the movie but I suppose someone out there might think otherwise.