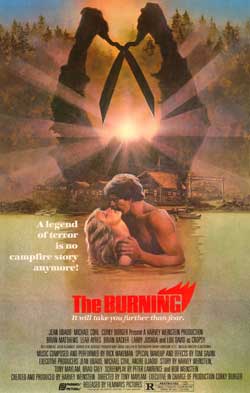 A former summer camp caretaker, horribly burned from a prank gone wrong, lurks around an upstate New York summer camp bent on killing the teenagers responsible for his disfigurement.

1981’s “The Burning” was something of a “Missing” movie for a long time. Although it did get a small theatrical release back in the day, it was not a commercial success though strangely enough it was a minor critical one. It’s reputation as a film to see slowly grew over the years after it’s release & subsequent disappearance from both large & small screens. Today it’s hailed as something of a masterpiece of the slasher genre although it’s still not the first movie someone would mention when asked “What is your favorite slasher movie”? As a matter of fact it’s still a movie that a lot of so called “Fans” have yet to see. Maybe this review will get them interested…

Directed by Brit helmer Tony Maylam (“Split Second”), “The Burning” tells the story of Cropsey (Lou David), a caretaker at Camp Blackfoot who has run afoul of a few of the campers & is marked for a bit of pranking by them. The prank is relatively harmless sounding on paper but due to an unforeseen reaction from Crowley, his cabin is set ablaze & he is horribly burned from head to toe. Five years later, he is released from the hospital. Dressed in black from head to toe, we listen to some warnings/advice from doctors & psychiatrists (Through voice over) that include “I know you might still resent those kids but it was an accident. Purely an accident” & “The skin grafts just didn’t take” among others. Of course, the first thing Cropsey does is find a prostitute & slaughter her in a most graphic manner. Why? We’re never told but I figure he’s just practicing his slice n’ dice technique before he heads on over to visit the camp to visit the kids. 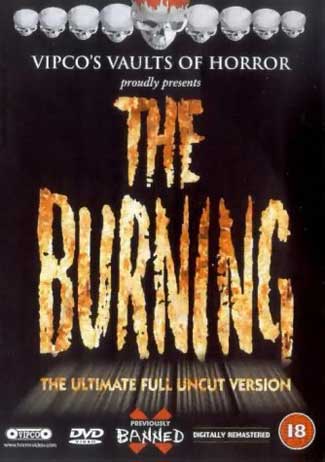 At this point we’re taken to Camp Blackfoot (Which by the way, is not attended by the boys who scarred him for life any longer) where we are introduced to a new set of teenagers ripe for the slaughter & their camp counselors. One of the reasons the film is infamous is because of some of it’s cast members who went on to much bigger success. Jason Alexander (Seinfeld), Fisher Stevens (Short Circuit) & Oscar winner Holly Hunter all made appearances in the film & while they’re all too old to be playing teens, it is fun to see them pretending to be something they’re not. The following 35-40 minutes of the film takes it’s time to let us familiarize ourselves with all of the characters which in & of itself is something of a novelty for a slasher movie & helps to make following scenes that much more terrifying to us as we’ve grown to like more than a few them. 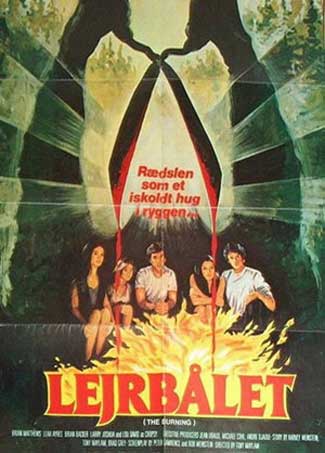 But rest assured, Cropsey is lurking about in the woods surrounding the campsite and when he decides to make his presence felt he does so in a very violent manner. “The Burning” was one of the first films banned as a “Video Nasty” by the BBFC in the 80’s & was heavily cut on it’s original domestic release as well. Gore master Tom Savini was responsible for the SFX makeup & it is rumored that he wanted to top his work on “Friday The 13th”, which he had just completed. If the rumors are true then while they aren’t as plentiful as in “FT13” the effects are far more brutal & uncompromising here. The famed “Raft” sequence is a standout for it’s utter, sudden violence & for the fact that it takes place in total daylight. Something that NEVER occurs in a slasher film. And while it might not shock as much now as it did then, it still stands out as something you just aren’t ready for.

The plot to “The Burning” is really not that special otherwise. It does what it needs to do to set up it’s premise but coming as it did on the heels of “Friday The 13th” that wasn’t too original. In fact, but for a few tweaks, the plots are virtually indistinguishable. But there is something about the kills in “The Burning” that sets it above other slasher films. They seem more visceral, more unforgiving than we expected to see. We also don’t see much of Cropsey at all throughout the film. We get a lot of POV shots but he only makes a few quick appearances in the film (Including the finale). But this is a good thing! I can only look at Jason, Micheal or Freddy so many times before they become boring. Every appearance Cropsey makes is special because there aren’t too many of them & he makes every single one of them count. 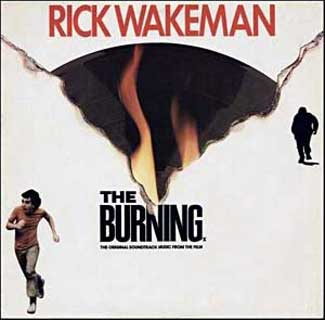 There are other ways that “The Burning” sets itself apart from other slasher films of the era that help it to stand out as well. It doesn’t rely on the standard “Final Girl vs. Slasher” trope that was so popular at the time. Well, it sorta does in the sense that there is one girl (Leah Ayres) left at the end looking for Cropsey but he’s actually stalking a counselor & one of the campers (Both male). Now whether or not this was done on purpose I couldn’t say but it is a fairly brilliant conceit & one I can’t recall if I ever saw again so much respect to screenwriters Peter Lawrence & Bob Weinstein (From a story by Harvey Weinstein & Brad Grey). The whole sequence takes a bit too long & the payoff is a little stilted but it’s still pretty special. There also seems to be a bit more nudity here than in other films of the genre which is never a bad thing (For The Black Saint anyway)! 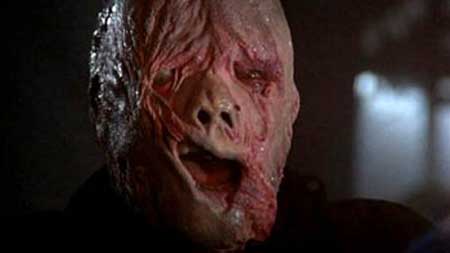 It all ends pretty much the way one would expect though & while it doesn’t break any new ground there, it’s hardly dissatisfying. Throw in the better than competent script, awesome soundtrack (By Rick Wakefield), decent acting & some (still) incredible violence, “The Burning” stands out as a picture you need to see if you’re any kind of horror fan at all. It was the first film produced by Harvey Weinstein who went on to create MIRAMAX & The Weinstein company & while I’m not too sure he mentions it too much, Harvey has nothing to be ashamed of here as he produced one of the more entertaining entries of the slasher genre. It’s currently streaming on Netflix & it’s in HD as well (It looks AMAZING by the way)! See it now & don’t just go up and try to jump in any unattended canoes in the future. Ya never know who might be waiting inside…