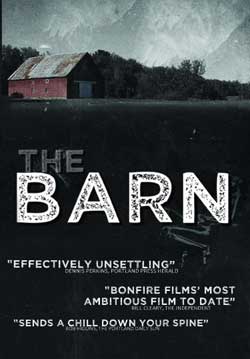 A small town is rocked by a supernatural force that has been claiming lives for the past twenty years. Bobby senses something unsettling about the old barn he passes every day that is home to Skip, the town recluse. When he enters the barn one fateful day, his venture into the unknown begins to unleash secrets from the past. An unlikely hero is found in Jake, who scrambles to discover the truth behind missing children, ghosts, and his hometown. A coming of age story, THE BARN chronicles a young boy uncovering the shadow cast over the town and its inhabitants as he witnesses unexplainable phenomena. What he finds is that some things – and people – aren’t always what they seem.

The film that simply asks “What is the Barn?”, continues with that notion thru this 30-minute short chiller of a film. Directed by Corey Norman, “The Barn” brings you into the small town life of an even smaller community in rural Maine. 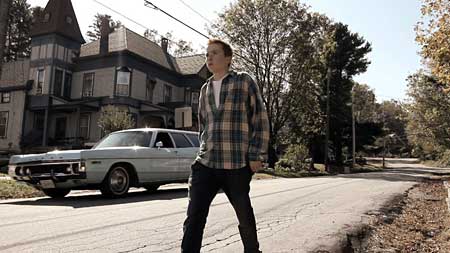 The locals are a church going bunch who have seemed to have lived with forms of tragedy over the last 20 years. As the preacher gives his sermon, we are taken to a funeral in progress that claimed yet “another” life. As this small population begins to shrink even smaller, it’s a young boy by the name of Bobby (Erik Stevens) that we are focus in on. His quiet nature provides just the target for 2 classmates to taunt on a daily basis. Bobby keeps to himself but yet suspects something is not quite right with the eerie barn that stands still in the distance. 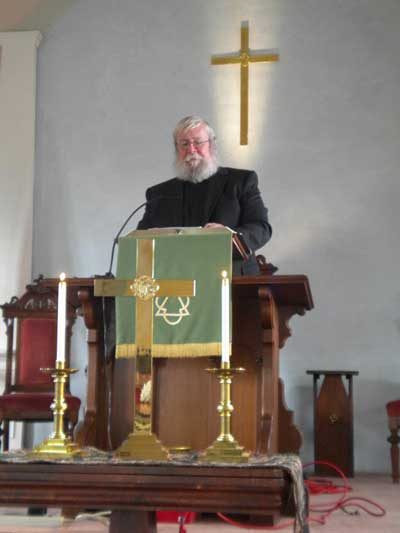 Skip, the town whack job, makes the occasional plea that “something is coming”, while others wonder why he stands within the river with hands held high.

Jake and Seth, classmates to Bobby, seem to have too much time on their hands as they taunt the kid who’d rather lay his head low. They somehow feel the need to antagonize and poke fun in order to feel superior, even though there taunts fall on death ears. 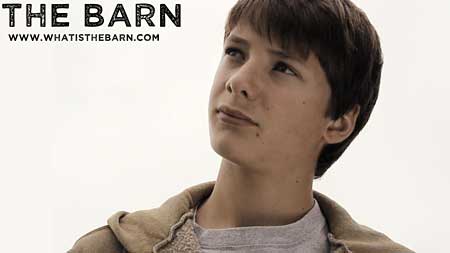 All these elements in “The Barn” play parts to a bigger reveal underway. The dead spirits of past residents begin to appear to some of the locals. First this begins with Bobby and then with Jake the school bully. While much of this short is never truly spelled to entirety, we get the message that the dead need to tell us “something”. This is done thru spiritual interaction and flashback recalls designed to show us what the true nature of this town is.

“The Barn” is a well shot piece that attacks its framing with a careful eye. Director Norman details how he raised the funds to film this thru a donation account. This idea and service has probably fueled more projects these days than would have ever seen the light, although it also gives those with a vision a chance to make it real. “The Barn” arrives out of this source……to tell its sorrid, gloomy story. 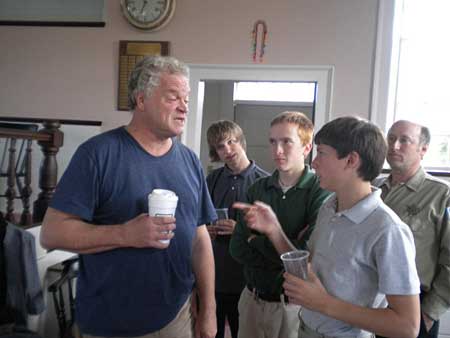 “The Barn” uses a few digital enhancement but also keep very much to a traditional story telling approach. Often these stories which drop us in the middle of a tale-in-motion require a second viewing for note comparison. I felt that “The Barn” could also fall into this category more for the simple aspect of paying more attention to details 2nd time around. Whether you feel this is a requirement or not, “The Barn” accomplishes what you came for. Eerie and methodical.

Sometimes dark things exist around us whether we want them or not. 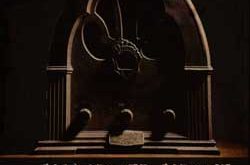 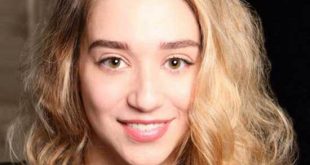 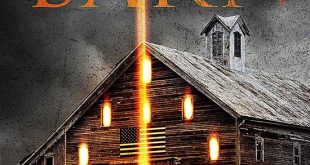