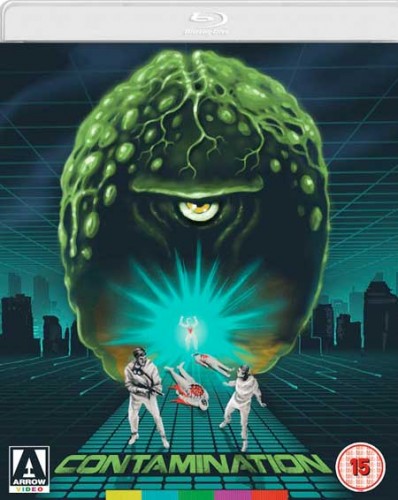 This is a type of movie we’ve all seen before and considering the remakes that Hollywood has recently been selecting to redo, coupled with the tremendous strides made in today’s special effects, Contamination could very well become a candidate. For it has The Blob’s gooiness, the gruesomeness of Outbreak and the gore of a Scanners’ exploding head, all rolled into one film. 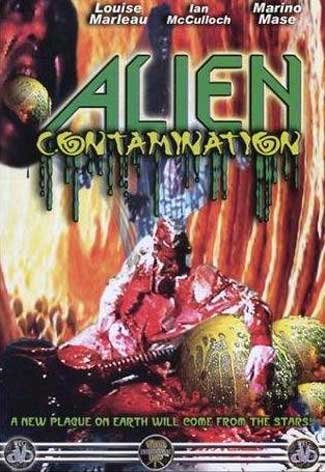 When the Caribbean Lady, a large freighter, comes sailing faster than it should have been into New York Harbor, sky patrol takes notice and swoops down for a peek. When no one appears to be onboard, their interest peaks and the boat is placed in quarantine.

Along with a doctor (Carlo Monni), a group boards only to find bodies appearing to have exploded from the inside out. Upon further exploration into the bowels of the ship, the group finds a cargo of Café coffee. While searching around the shipment they notice that one of the cases has fallen over and its contents, which is not coffee but football sized green eggs resembling large unripe avocados has spilled out with one becoming nestled underneath a warm steam pipe where it throbs as it glows, seemingly ripening. Questions ensue and the egg, amidst protests, is picked up by a unfazed member. The egg explodes, sending acidic yolk like innards spraying across all but one of the members, NYPD Lt Tony Aris (Marino Mase), causing each to subsequently suffer internal hemorrhage before expelling intestines in a nicely choreographed gore fest. 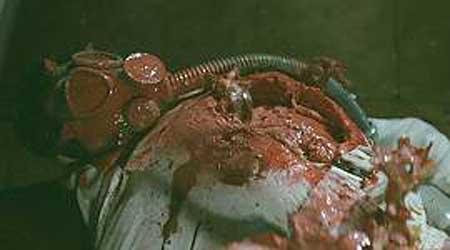 Enter Colonel Stella Holmes (Louise Marleau), a government official who hypothesizes that the eggs might have been spores carried back by astronauts and are now bound for the New York sewer system since it is a prime location for hatching due to it being warm and damp. She is familiar with the secrets of what happened during a Mars polar mission, having interrogated and subsequently discredited astronaut Commander Ian Hubbard (Ian McCulloch) when he attempted to explain what occurred with him and fellow astronaut Hamilton on the red planet, even describing the similar looking eggs found in an ice cave. Holmes, now having seen them herself, finally believes and along with Aris, enlists a bitter Hubbard to track down the eggs source. They consider recruiting Hamilton, but he has since been killed in a flying accident. 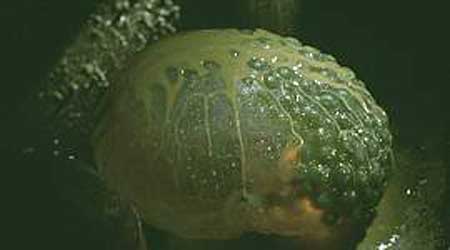 They trace the source to the Café coffee plantation in South America, where immediately they are recognized as outsiders. While freshening up, an unknown person places an egg in the bathroom of Holmes while she is showering and locks her in. She is terrified when she notices the throbbing and glowing egg amidst a sonic array of very ill sounding whale songs and frantically attempts to get the door open. This was quite a suspenseful scene leaving the audience on the edge of their seats simply awaiting the egg to spew its acid juice onto her. However, it never does since Hubbard breaks the door down and rescues her. This is when the film lets the audience in on the big secret; that Hamilton is still alive, harboring the feelings of an as of yet unseen alien called the Cyclops.

Aris and Holmes head to the plantation offices while Hubbard takes to the sky in a Cessna to explore the overhead. Aris and Holmes are captured by Hamilton and his crony assistant Perla De La Cruz (Gisela Hahn) and taken to the forbidden room. Meanwhile, Hubbard has plane trouble and ditches it in the fields. 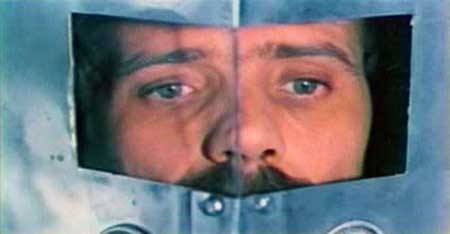 After climbing from the wreckage, taking with him a map and a flare gun, (something tells us that the flare gun will play an intricate part in this movie later on), he stumbles across where the eggs are being grown just as a group of protective suit covered harvesters start to gather them. Overtaking the last lingering harvester, he dons the suit and joins the group unnoticed for the ride back to where Aris and Holmes are being held. 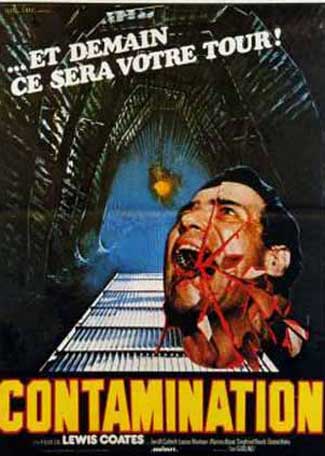 Taking Perla captive along the way, he makes his way to the room, but not before Aris is eaten by the Cyclops (ahead of its time in the special effects category), in a deliciously crunchy scene. A struggle between Hamilton and Hubbard ensues and one can easily guess where and on whom he uses the flare gun. 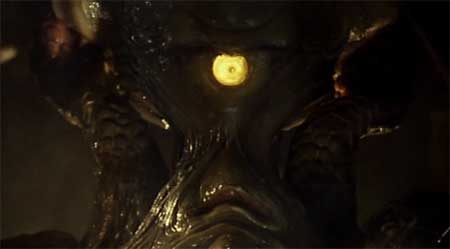 Overall, this film may be campy and quirky, but it isn’t what one would call bad, reminiscent of the Saturday night monster theater movies, prevalent across America in the 1970’s. But, it does have some downfalls. Scenes quickly cutting into the next, dialogue that is sometimes laughable and a soundtrack that is probably better suited for one of its fellow era’s detective shows. Regardless, the premise of the movie is good, and as mentioned earlier, by utilizing a better script, today’s special effects technology and a few popular actors, a remake could be a viable thought.