Two young missionaries from Texas head to Scotland to educate the Scottish heathens in the way of Christ. They are initially charmed by the locals in the town of Tressock, and agree to become the local Queen of the May and Laddie for the annual town festival. But the couple is not prepared for the frightening consequences of their decision, and the very disturbing secrets they are about to discover about Tressock’s seemingly friendly townspeople.

The Wicker Tree has been a long time coming. The story begins in 1973, when a British filmmaker by the name of Robin Hardy made his directorial debut with The Wicker Man. It was a low budget, rushed production that was cut and released as the B picture of a double billing. It seemed that the movie would fall into obscurity as quickly as it had come to be, but over the years it found an audience and has become a bona fide classic.

The success eventually lead to a god-awful remake in 2006, but we horror fans try to ignore that association. More importantly, 2006 brought Hardy’s novel, Cowboys for Christ. The book was not quite a sequel to The Wicker Man (which Hardy did not write); rather, it serves as a companion piece that explores similar themes. Nearly 40 years after helming The Wicker Man, Hardy returned to the director’s chair to adapt his novel into a film under the title The Wicker Tree.

Beth (Brittania Nicol) and Steve (Henry Garrett) are a “born again” couple from Texas, but they are having trouble adapting to the Christian lifestyle. Beth wants to clean up her image as a singer, but her trashy pop past continues to haunt her. Steve, meanwhile, wears his chastity ring but can’t seem to get used to the idea of abstinence. Nonetheless, the Bible bumpers head to Scotland to spread the word of God. Needless to say, they need more than the grace of God to get the Tressock locals to let Jesus into their lives. 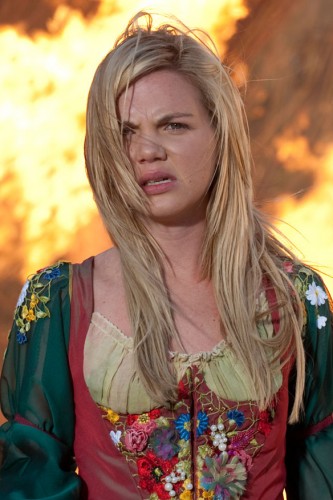 If you are familiar with The Wicker Man, there is no need to go any further into the plot. And that is the inherent flaw of The Wicker Tree: it doesn’t just recycle the themes of its predecessor, but it echoes the plot structure as well. While the original film had an air of mystery before its shocking conclusion, it’s safe to say that the vast majority of viewers will be familiar with that twist and therefore know exactly what is in store this time around.

Plenty of changes are made, sure, but they are not for the better. Case in point: in the original film, the disappearance of a local girl serves as a way to keep the viewers engaged while the tension builds. The Wicker Tree, on the other hand, loosely strings together scenes with little concern for plot. Furthermore, the audience has no one to root for; the protagonists are unlikeable for their religious zealotry, while the villains are, of course, part of a pagan cult looking to make sacrifices to the ancient goddess Sulis in celebration of May Day. 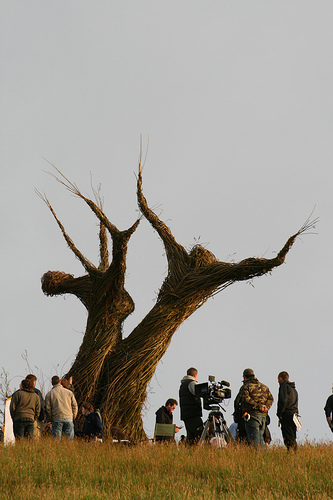 There is a bit of character development, but it merely gives the viewer additional reasons to dislike the characters. The rest of the film is merely filler that fails to maintain interest, and as a result the conclusion is bland. In lieu of the detective plot, the film meanders between sex, songs and humor. These aspects played important roles in the original, no doubt, but the subtlety is lost. The humor, ranging from dark to over the top, falls particularly flat. A portion of the movie feels like one of those direct-to-video American Pie sequels.

The great Christopher Lee, who starred in The Wicker Man, is wasted in a minute-long cameo as part of a useless flashback. He was originally supposed to play cult leader Lachlan Morrison, send-up of his original character, but an injury prevented him from doing so. It’s nice to see him included, but Lee’s part was clearly tacked on for the sole purpose of having him involved. The role intended for Lee ended up going to Graham McTavish (Rambo), who manages to fill Lee’s big shoes fairly well. Garrett and Nicol provide fine performances, the latter particularly impressive as this is her first role. Honeysuckle Weeks provides ample nudity as the promiscuous Lolly. 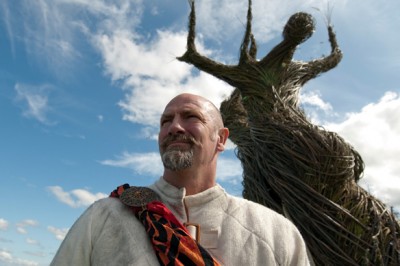 The Wicker Man name cannot be sullied more than it was by the remake, but The Wicker Tree does little to reclaim it. It’s nowhere near the remake’s level of awfulness, but it’s not particularly good either. One would think that, with the original filmmaker having all of this time to refine the follow-up, it would be more likely to deliver and please fans – but, alas, The Wicker Tree merely proves that the spirit of The Wicker Man cannot be replicated.