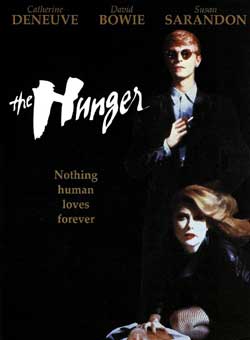 A vampire woman named Miriam who’s immortality is based in ancient Egypt feeds on the unsuspecting. Miriam shares her immortality with her companions who later find out that immortality is anything but an everlasting life of pleasure and fun.

The hunger is a film that was made and takes place in 1983. David Bowie portrays “John”, the lover of Miriam Blaylock played by Catherine Deneuve (Repulsion, Dancer in the dark). David Bowie is best known for being a world renowned rock star, dabbling in films such as the labyrinth and the prestige. 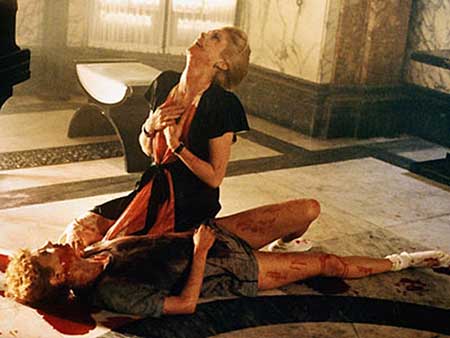 The dark and flamboyant mansion like home of Miriam and John is the main setting for the film. The mansion is of course spacious, laden with antiques and many canopies and drapes usually used in the bedroom scenes and at times used to film thru, giving the film a unique aristocracy about it and slightly obscuring the nudity. The style is not quite gothic, and not quite modern, but something in between. 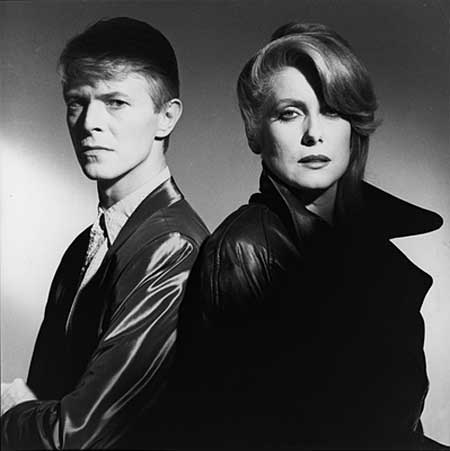 Miriam is of course the original Egyptian Vampire woman who we find out has taken many lovers over the centuries. These lovers consist of many men, and some women. The ankh, an ancient Egyptian symbol of everlasting life, is worn around the vampire couples neck and becomes a miniature dagger used to pierce the neck of their victims. No fangs, nails, or contact lenses for these vampires. When the film begins, John is the current lover of Miriam, but soon begins to have unusual symptoms of aging.

Susan Sarandon (The Rocky Horror Picture Show, Dead Man Walking) portrays Dr. Sarah Roberts, an author and doctor who is researching the effects of sleep, rejuvenation and extreme aging in primates. John seeks Sarah’s expertise in the hopes that he might reverse the aging process. Sarah leaves Bowie in the waiting room believing him to be a fraud or mentally unstable person. John ages years in just 2 hours and then leaves the clinic after snapping at Sarah. Sarah after seeing John’s appearance becomes intrigued with the human subject John, however when Sarah track down the Blaylock residence, she finds only Miriam at home.

Sarah slowly begins to become infatuated with Miriam, and seems to forget about john and her interest in him as a case study. Miriam has also become intrigued with Sarah, and now wishes to make Sarah her next companion. Sarah is torn between her life as a researcher and doctor and forbidden love and everlasting life. The true protagonist in this film is of course Miriam, who with deep sorrow at the loss of her former lovers, moves seamlessly from one companion to another as if she fears being alone. The film moves at an even pace, not giving any real sense of suspense or tension. The characters fit well together and all continue along until the inevitable conclusion. 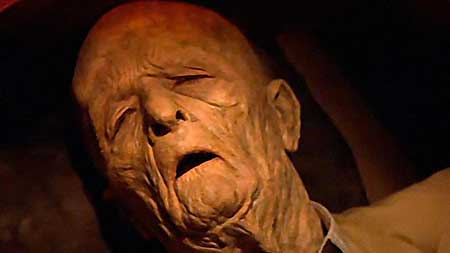 The film is masterfully directed by Tony Scott ( True Romance, Crimson Tide, The Last Boy Scout, Top Gun) giving the film an eerie and charged feel to it. Many love scenes that do not attempt to conceal nudity are found in this film, and very stylishly done. There are a few little gems in this film, most notably a youthful Willem Defoe (Spiderman, Antichrist) who plays a street tough waiting for the phone booth to be available. Another gem is the police detective Lieutenant Allegrezza played by Dan Hedaya (The Usual Suspects, Mulholland Drive). The police detective has a limited role as he questions Miriam about a missing neighborhood girl who was last known to visit the Blaylock home. 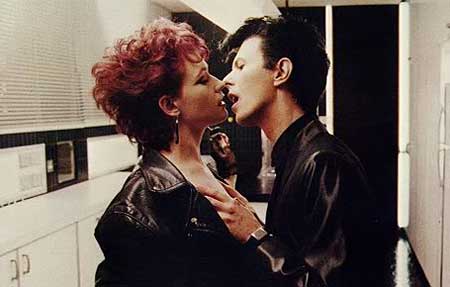 The acting, directing and makeup effects are all top notch, and would stand up to scrutiny from filmgoers of today. All of the blood and prosthetics look real especially the David Bowie aging process. This film has become a cult classic, and is mostly known for the steamy lesbian love scene between Susan Sarandon and Catherine Deneuve. This film is a great 1980’s horror that made a strong impact when it opened in 1983 and is still a strong standing cult classic favorite today. 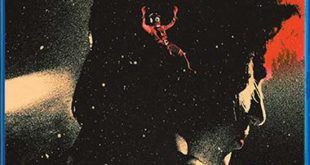