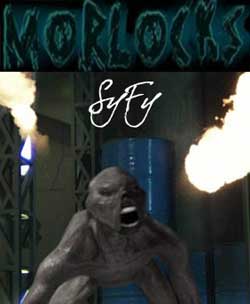 An experimental time machine opens a window into the future and mutated monsters (the Morlocks) use it to come back to the present and go on a murderous rampage.

Best Line Runner up:
“Let me see if I got this straight. You want me to travel through a rip in time, find and repair a device you lost and broke, all the while trying to avoid rampaging creatures from the future. That about sum it up?”

Morlocks is another offering from the SyFy Channel. As such, it is everything you expect from their productions: just like a stuffed crust pizza, it’s good and cheesy. The folks over at the SyFy Channel know how to throw together a movie that is just guilty pleasure entertainment. What’s even cooler about Morlocks is that it really isn’t a bad movie at all. 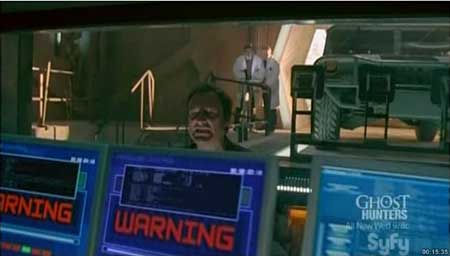 It is chock full of sci-babble and tech-jargon that might be expected in a movie about time travel. There are UBEs (Unknown Biological Entities), a name used to describe all the life forms that come through the time rip, or exist on the other side of it, including what I would call the velocichickens. Those were my favorite. It delves into the whole time paradox anomaly stuff without totally confusing the audience. There’s just enough there to validate that it is a movie about the dangers of time travel. The higher ups must have been reading my previous reviews (yeah, sure they did…) because they have stepped up their CGI game. It’s still not up to Weta standards, but it’s above Voyager standards, and that’s a good thing. 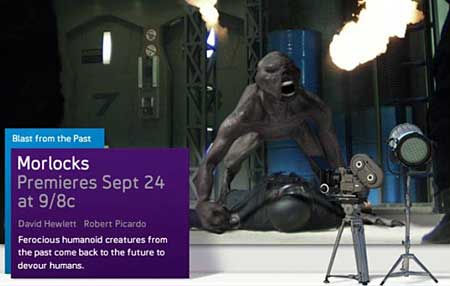 Speaking of Voyager, Robert Picardo, the actor who played the holo-doctor on that show, is in this movie. I haven’t seen him in a while, and I’ve liked him ever since I saw him in Innerspace with Martin Short and Dennis Quaid way back in 1987. He convincingly plays Sgt. Wichita (great name), a desperate father and the OIC (that’s Officer in Charge to those of you without a military background) of the time travel project. This project is similar in scope and design to anything you’ve ever seen in a Stargate episode.

And, speaking of Stargate, David Hewlett, the actor who has been in three television incarnations of Stargate as Dr. Rodney McKay, shows up in Morlocks as well. He plays the scientist who has invented the Latch; a devise for travelling through time. His character has a weak constitution but strong moral fiber to it that makes him fun to watch.

Both of these actors were well cast and helped to round out a cast that worked well together with no weak links.

As mentioned before, the CGI has been ramped up considerably. The morlocks themselves actually looked kind of creepy. Think Gollum meets the Cave Troll in Fellowship of the Ring. I swear I’m not intentionally referring to only Peter Jackson projects on purpose, but, when it comes to top-of-the-line special effects it doesn’t get much better than Weta Workshop. 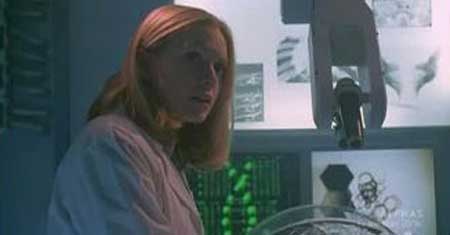 Morlocks is a movie that can be enjoyed by all. That is to say that if by “all” I mean people who like movies about time travel that contain a fair share of guts and gore and star actors from guilty pleasure television shows. Those people will love this movie. Even if you don’t love those movies, give this one a shot. It most assuredly is better than a lot of things I’ve seen recently.