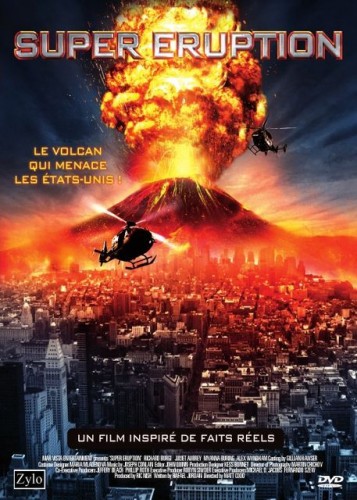 A “super volcano” lying dormant for thousands of years under Yellowstone National Park is threatening to erupt and wipe out much of North America. As lava explodes through the park, Yellowstone’s top scientist and a fearless park ranger work frantically together on a plan to save not only the park, but the entire world.

Before seeing a single frame of the film, it’s easy to surmise that Super Eruption is reminiscent of 1997’s Volcano. It’s incomparable on a technical level, but any disaster movie centered around a volcano will bring to mind the most well-known example. Rather than a city, Super Eruption takes place in the wilderness, which is a logical choice – not only to avoid a complete rehash, but also for budgetary constraints. 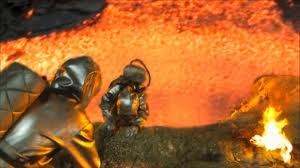 Super Eruption centers on a volcano located beneath Yellowstone National Park. Although it has laid dormant for some 640,000 years (that’s right – a historically accurate fact in a Syfy movie!), activity is imminent. An eruption of its magnitude has the power to destroy North America and cover the entire planet in ash. Park ranger Charlie Young (Richard Burgi, The Sentinel) and British scientist Kate (Juliet Aubrey, Primeval) must set aside their differences (and sexual tensions) to protect the world from impending disaster, while saving Charlie’s daughter, Claire (MyAnna Buring, The Descent), along the way. 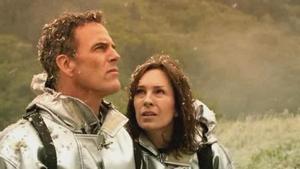 The most entertaining aspect of the movie is the subplot involving Kate speaking with a future version of herself via a video transmission, which is made possible by disturbance in the space-time continuum. Frankly, the film would have been much more interesting had this been the focal point while the volcano provided the backdrop. It’s undeniably silly – in an effort to build suspense, Kate’s future self is unrealistically apprehensive about divulging life-saving information – but it’s a much-needed morsel of originality amongst tired disaster movie tropes.

Other than that, Super Eruption follows the tried-and-true Syfy movie formula: get a script that takes itself seriously despite its inherent campiness, add couple of D-list actors, throw some cheesy CGI at it and see what sticks. The film premiered on Syfy back in 2011, but only now is it hitting DVD. This version seems to be identical to the cut that aired on television. Unfortunately, the disc offers no special features outside of the trailer. 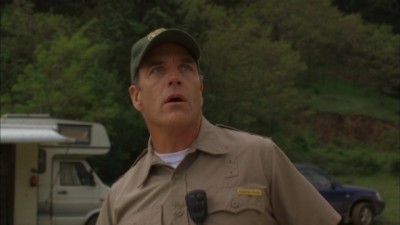 Super Eruption is directed by accomplished illustrator and concept artist Matt Codd. You’d think someone with a resume that boasts such blockbusters as Men In Black, Saving Private Ryan, Man of Steel and The Hunger Games would set his sights higher. The script is written by regular Syfy movie scribe Rafael Jordan, who previously collaborated with Codd on Lost Colony: The Legend of Roanoke. 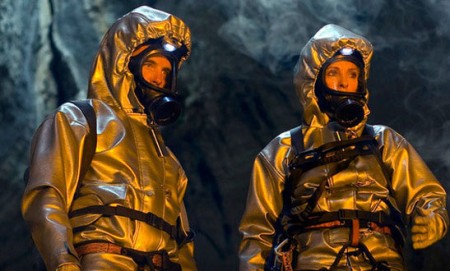 Super Eruption is an average picture, as far as Syfy movies go. Interestingly, what makes the film stand out are its most realistic (its basis on an real volcano that has the potential to pose a similar threat) and most unrealistic (the time travel nonsense) aspects. It’s not as dull or tedious as many Syfy efforts, thanks to the space-time subplot, but it’s neither so-bad-it’s-good nor absurd enough to develop a cult following a la Sharknado.