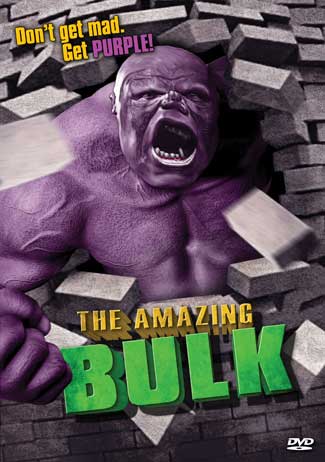 Henry “Hank” Howard, an ambitious but frustrated young scientist, struggles to develop a super human serum designed to improve muscle mass and prolong life expectancy. His boss, the grumpy General Darwin, will not allow Hank to marry his daughter, Hannah, until the experiment is a success. Against Darwin’s wishes, Hank attempts to propose to Hannah, but his life is shattered by a mugger who steals his engagement ring.

Feeling dejected, Hank injects himself with the experimental serum and is transformed into his alter ego, “The Amazing Bulk.” The Bulk goes on a rampage through the city destroying everything in his path.

Hank is caught by a relentless detective, imprisoned by Darwin and forced to battle the sadistic Dr. Kantlove, who threatens to blow up the moon with his arsenal of nuclear weapons. 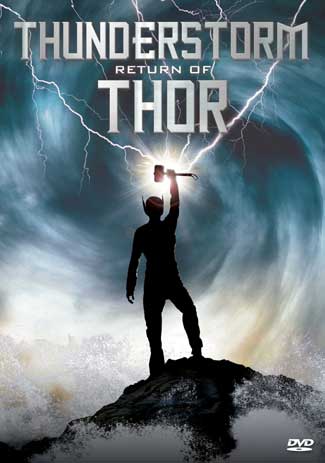 A group of religious zealots known as The Death Risers have an evil plot to destroy the world by bringing to Earth the Norse God they worship: The Goddess of the Undead, known as Hel! In Asgard, however, Thor the Norse God of Thunder has gotten wind of the evil scheme and forms a plan of his own to stop it.

Thor bequeaths a portion of his lightning-wielding powers to his Earthbound descendant, a military scientist named Grant Farrel. Now known as Thunderstorm, Grant puts his powers to use in the name of justice! But is it too late to stop Hel and her acolytes from raising the Midgard Dragon and ruling the Earth…? 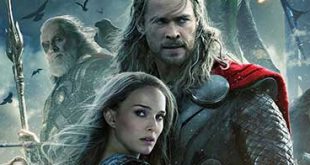