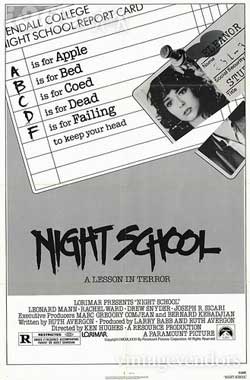 Someone is killing off the female students who are taking night classes at a local college. Each victim is decapitated and has her head thrown into the nearest body of water for some unknown reason. The detectives working the case discover a connection between the victims and a certain professor at the college, which makes him their prime suspect in the slayings. Is the professor really responsible for the murders or is someone else to blame?

I personally hold this film in pretty high regards. Along with Final Exam, Madman, The Initiation, and Pieces, Night School is probably one of the most overlooked slasher from the ’80s. I have always been a fan of this movie (I first saw it when I was in the sixth grade) and think that you are missing out if you haven’t seen it. Yes, it is your typical slasher movie that may not bring anything new or remarkable to the genre, but I really don’t mind (and I am sure that my fellow slasher fanatics feel the same way). 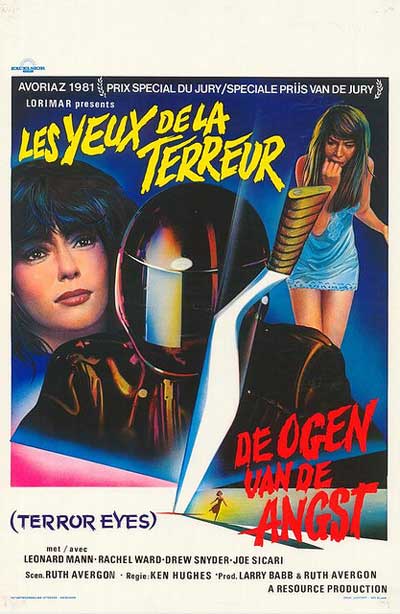 I have always really loved horror films that keep the identity of the killer a secret until the end (with the exception of the Scream movies or any of the sh*tty mainstream, teeny-bopper copycats they inspired that made the slasher genre look like a joke) and that is exactly what goes on in Night School. We have some lunatic running around in a leather outfit and a motorcycle helmet (pretty much the exact same thing the killer in the much underappreciated Welcome to Spring Break wore years later) so we can’t see the person’s face at all. It is fun trying to deduce the identity of the killer at first, but I’ll admit that it really isn’t that hard to figure out as the movie progresses (and if you watch it again you realize how painfully obvious it is that a certain person is the culprit pretty early on). Still, I like the fact that the filmmakers at least attempted to include a little mystery in the mix to make you think a little bit (which is something some people in this day and age really need to do).

I also dig the fact that there is a pretty impressive body count by the time the final credits roll as well. There aren’t as many dead bodies to be found here as is in your standard Friday the 13th movie, but there are enough violent death scenes to satisfy anyone’s bloodlust. The killer is pretty damn hardcore and doesn’t play around, so if you are looking for some sort of fancy murder with the killer spouting off some sort of smart ass comment afterward you will probably want to look elsewhere. While some people may bitch that the death scenes are redundant and lack variety I still enjoy them and the purist in me is happy. I love a big, elaborate, creative death scene as much as the next guy but come on now, who doesn’t enjoy the simplicity of a good old fashioned decapitation with a sharp instrument every once in a while? 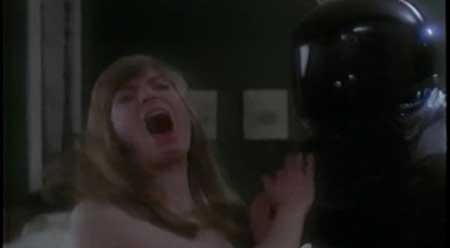 There are only a couple of problems that I have with the movie (and they aren’t really problems, more just like small personal annoyances that probably won’t bother anyone else), and one of them is that the killer’s motive is cliché as Hell and is just plain childish (and goofy). Seriously guys, this is why the killer feels the need to kill others?!? I also think that the whole thing about putting the victim’s head in a body of water is cheesy and the explanation for it is pretty lame. I think that the filmmakers decided to go this route because they wanted a good excuse for the killer to cut people’s heads off, but I think that they could have come up with something a little better if they tried hard enough. As it is the killer just sort of mentions it in passing and the reason for doing so has pretty much no impact on anything at all. 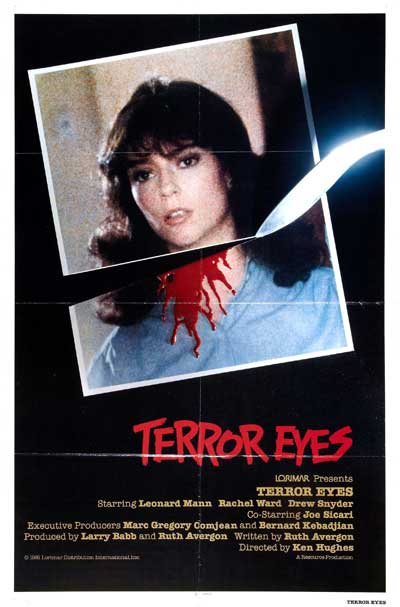 I think that Night School is an awesome movie. It is entertaining, has a great premise, good suspense (the bit with the guys in the diner eating beef stew and what happens after one of them finds hair in his meal comes to mind), and more decapitated heads than you can shake a stick at (though I do feel bad for the turtle in the aquarium that gets accidentally hit for real with the fake head in the one scene). I have always been a fan of this movie and I think that if you haven’t seen it that you need to do so ASAP just so you can see an unsung (and pretty much forgotten) classic from the Golden Age of the slasher flick. 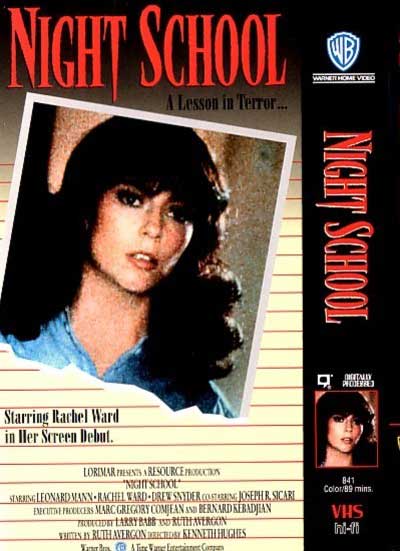