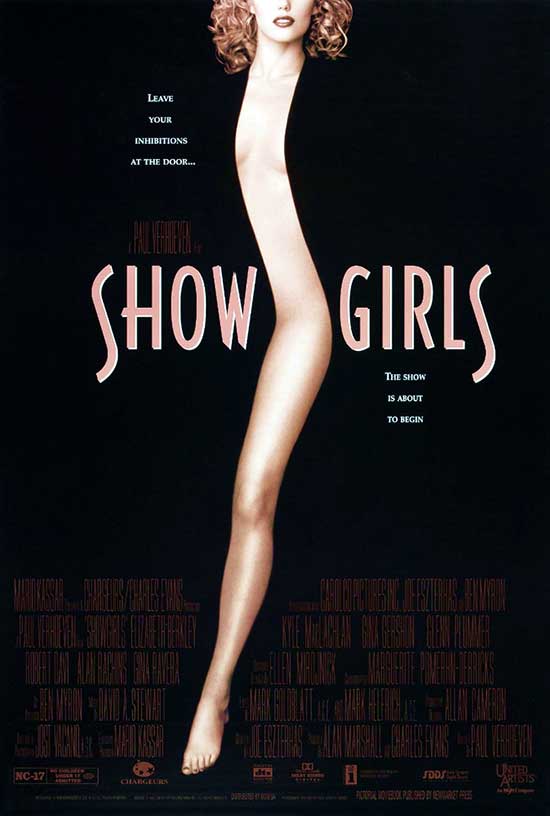 Nomi, a young drifter, arrives in Las Vegas to become a dancer and soon sets about clawing and pushing her way to become the top of the Vegas showgirls.

When Showgirls came out in 1995, it was easy to see why the United Artists thought it had a hit on their hands. You had Paul Verhoeven directing, a man who had provided quite a few hits with Robocop, Total Recall, and Basic Instinct. The script was written by Joe Eszterhas, who was riding of the high of the successes of Basic Instinct and Sliver. They had Elizabeth Berkley, a young actress trying to break out of the shadow of the family oriented show she had started in for several years. Add actors like Kyle MacLachlan and Gina Gershon to round out the cast, and it looked like the pieces for a hit were there.

However, the studio was very, very, wrong. The movie tanked hard in theaters. Verhoeven own standing as a hit maker was tarnished (despite his belief to this day that the movie was one of his best works), and I’m still not sure if he ever recovered. Eszterhas was pretty much laughed out of Hollywood (not before penning the script to another movie that managed to fail even harder), and Elizabeth Berkley found her acting career ruined. So, one may ask, what happened?

Showgirls centers on Nomi Malone (Berkley), a young woman with a shady past who wants to become a Vegas showgirl. She ends up working at a seedy strip club until she gets an audition to be part of a major Vegas show called Goddess. She soon finds herself in a cutthroat world filled with sleazy show producers, vindictive dancers willing to do anything to become a star, and a vampish headliner that soon works at both seducing and sabotage Nomi’s career.

Like when a ship hits an iceberg and sinks, a lot of the blame falls on the shoulders of the captain (or in this case, director). However, screenwriter Joe Eszterhas shares some of the blame too, and it’s really hard to tell who’s at fault for what. The stink bomb of a movie they gave us is filled with unlikeable characters, unresolved subplots, and no reason to care about anyone. The story’s reliance on coincidences to push the story along and have certain characters keeping popping in and out of Nomi’s life smacked of lazy storytelling. The dialogue sounds like it was written by someone who’s never listed to how real women talk and seen how they act around each other. There’s a sex scene that unfolds in such a way that makes me believe that neither Verhoeven nor Eszterhas ever had sex with a woman who didn’t ask for the money up front. Or never actually had sex at all. Granted, said scene manages to be one of the most unintentionally hilarious things I’ve ever seen in a film.

When I said that most of the characters aren’t likable, this includes our “hero”. Nomi Malone comes across at times as bratty, volatile, selfish, and confrontational. We never get to see her do anything that warrants our sympathy or explain why some of the people that befriend her would ever want anything to do with her. I’m not saying that she has to be a perfect angel, but she has to have something to balance the more negative aspects of her character. The movie never provides that. The closest we get is when she beats up a famous singer for sexually assaulting her friend, but that one decent act is quickly undermined by her leaving Las Vegas practically the day after. Kind of crappy thing to do when her friend most likely needs her support the most.

Elizabeth Berkley’s performance only made things worse. Desperate to break free from the good girl image her role from the Saved By the Bell series garnered her, she followed a similar path that Alyssa Milano took. That is, she took a movie where she gets nude a lot to prove how grown up she is. However, Berkley’s acting is so terrible that it’s almost embarrassing to watch. Nothing she does ever seems natural, amplified by her penchant for overacting. Some of that may be Verhoeven’s fault the direction he gave her while filming, but hoestly, she was never a good actress to begin with. Having all of her shortcomings displayed on the big screen pretty much killed any chance she had of being a big star in Hollywood. However, if there’s one positive thing I could say, is that her performance is freaking hilarious and is part of what makes Showgirls so strangely captivating. 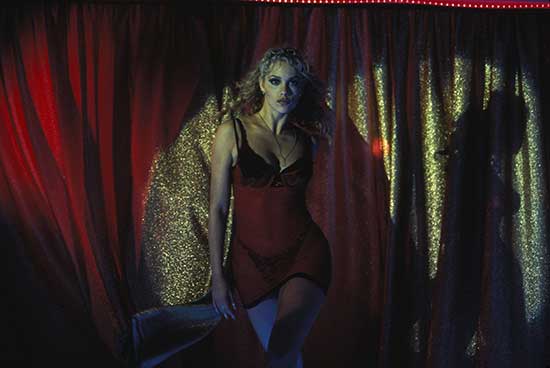 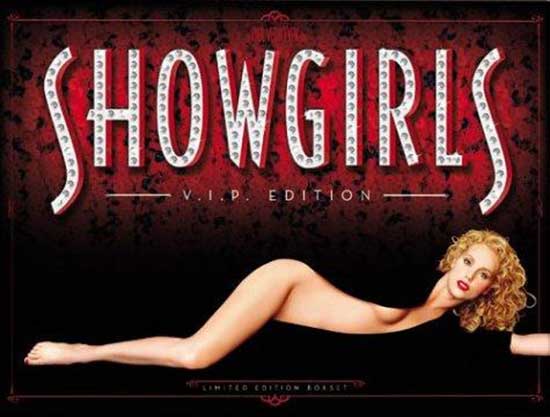 Not all is bad, however. Kyle MacLachlan gave a solid and perfectly sleazy performance as the guy running the Vegas show. Gina Gershon, however, really was the high point. It felt like she caught on pretty quick that the movie was going to bomb hard, so she decided to add some campiness to her character. Ironically, it worked perfectly for her role and made her one of the most entertaining aspects of the movie. Despite Showgirls getting critically panned and failing at the box office, it actually made her a star while hurting the careers of almost everyone else involved. Gershon was the pearl found at the top of a pile of crap, and it’s sad that she never capitalized on the attention it got her into being a bigger Hollywood star. 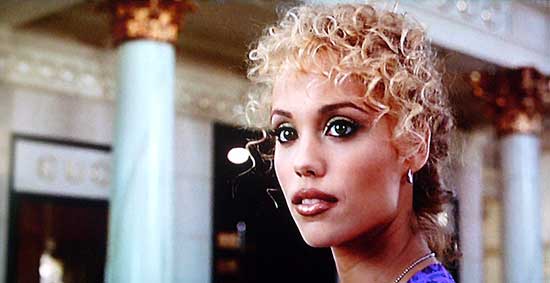 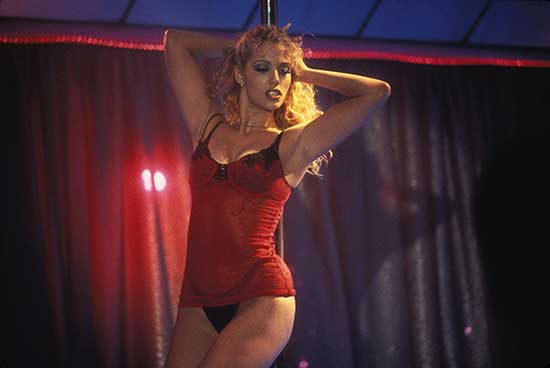 Showgirls is a perfect storm of awfulness that it manages to be strangely entertaining. There’s an earnestness in the message that Verhoeven and Eszterhas were trying to say: that the entertainment industry is an awful place filled with awful people. There is a rape scene, but it’s not played up for exploitation as much as it’s used to say that the industry, and Las Vegas as well, will use up and abuse everyone equally no matter how good a person is. I’ve found that some of the best bad movies are sometimes the ones that are made with the same earnestness as this one, but it’s the campiness and flaws that tear down the director’s efforts is what makes them so danged fun. Showgirls is such an unintentionally funny movie that it’s hard not enjoy watching it. Check it out if you’re in the mood for a chuckle.