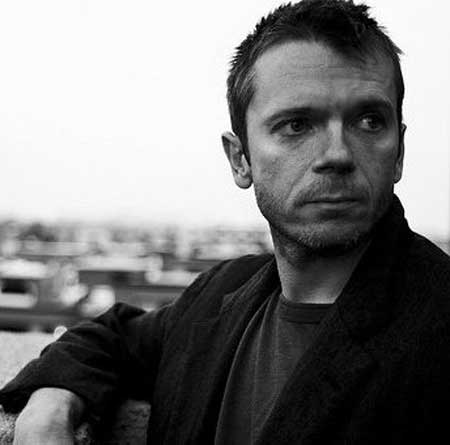 Jason Horton is an up and coming writer/director with several movies to his credit. I was able to speak to him recently about movies and other things and he is without a doubt a talented guy with a great sense of humor who knows what he wants when it comes to filmmaking.

Todd Martin: So what movies have you written and/or directed?

TM: When did you get into the film industry and how were you able to break into it?

JH: After a three interview process, I was finally hired at Blockbuster Video. I can’t take credit for deciding to alphabetize their selection, but I was the best at putting the returns back in perfect alphabetical order. Also I studied communications at the University of New Orleans and took a few of their film classes. I got my BA and started work on “Rise of the Undead”. Then I moved to LA! Even though I had a feature under my belt, I had trouble getting work, but I finally landed an assistant editing gig on the feature film “Butcher House.” And when you’re on one job, you hear about another, and on that job you hear about another, and another. Once you start working you’ll keep working. Just never stop, because as soon as you stop, it’s like you haven’t done anything at all, and you got to start from the bottom again.

TM: Of all of the films that you have worked on which one was your favorite and why?

JH: Probably “Trap.” It met with the least amount of outside interference. I maintained creative control throughout the whole process. Outside of “Rise of the Undead” “Trap” is the lowest budgeted feature I’ve ever shot. Yet it maintains a quality level, both creatively and technically that rivals any of my subsequent pictures. But “Should’ve Put a Ring on it” had the tastiest food, just saying.

TM: What would be your dream project when it comes to filmmaking and is there anyone in the industry you would most like to work with?

JH: My dream project, at this moment, is a flick I wrote called “Exit”. A group of heroin addicts suffering from withdrawal are besieged by a mysterious group… Dom, Dom Dom! It’s not a huge budget project, but its a few steps higher then where I’m working now. As far as who I would like to work with, I have been extremely lucky when it come to actors. I am constantly impressed with how people deliver the lines and the transform into the characters that I have wrote. I would love to hear Morgan Freeman read my script out loud. 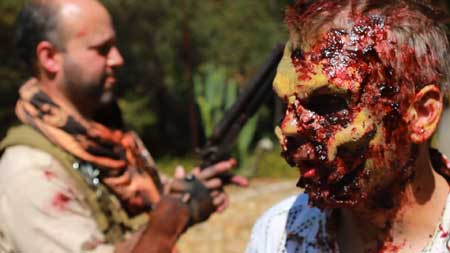 TM: Tell us a little about yourself. What do you like to do when you aren’t writing or directing?

JH: Movies are my life. I watch them, and imagine what I would have done if I made that flick… Usually I would just have added more zombies, and less of all that kissing stuff. Of course there is always time for family and friends, but after that, it’s all about getting back to movies. Writing, directing, planning, and raising money for the next movie that I am blessed to make… and being the Burbank Bachelor!

TM: What have been your biggest challenges so far since you have been working in the film business?

JH: The creative stuff comes a little more naturally, but raising bigger budgets and maintaining finances, while working on my own stuff, has always been my struggle. If I was rich, the answer to this question would be, “Deciding if I would prefer quail or pheasant for breakfast.” That’s how I picture rich people start their day.

TM: What is personally your favorite movie of all time and why?

TM: In your opinion what is the scariest movie of all time? What is the most disturbing one you have ever seen?

JH: “The Exorcist” scared the crap out of me. It just seemed so real at the time I first watched it. The most disturbing flick I ever watched was “Mr. Accident” starring Australia’s Mr. Yahoo Serious. My buddy brought the DVD over and made me watch it. It was just wrong in so many ways, and there is a small part of my soul that died that day.

TM: Who would you say were your biggest influences?

JH: When thinking of influences, Tarantino, Cameron, and Kubrick are a few names that quickly come to mind. Once again I am a huge lover of films and there have been too many directors that have captured different parts of my heart, to name them all.

TM: What advice would you give to any aspiring filmmakers out there?

JH: Just make your movie. You won’t ever learn as much as when you just “DO”. If it turns out crap, make a better one. It sounds hokey, but the only thing stopping you is you. If you have no budget, have the same actors play multiple parts and post it online when you’re done. Unless you want to be a director to become rich and famous, then I have no advice, because that’s not why I make films.

TM: Who would play you in the movie about your life?

TM: Any upcoming projects you’d like to talk about?

JH: My next project is EAT: A Zombie Movie and things have been falling into place easier than ever. Wonderful actors have been signing on. Fans are already showing excitement online through our Face book, twitter, blog, website and other pages. Of course funding will be our biggest challenge, but with programs like KickStarter we are open to a whole new world of funding. Instead of walking into a dark office, trying to pitch our movie to a Suit, we can now turn to the fans, and create the movie we set out to film, instead of the movie some secretary thinks my script should be.

TM: Would you like to give a shout out to anyone or is there anything that you’d like to add that we haven’t talked about?

JH: There have been so many people that have been doing so much, that I can’t name them all, but mainly the Actors that have been in my projects, and the Fans that have kept them alive… or brought them back from the dead… Did you see what I did there? A Zombie reference!

Thanks to Jason for taking the time to let me interview him!