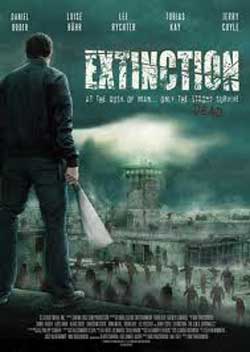 After a mysterious illness starts to spread across the world turning people into zombie-like creatures a group of survivors (who have an immunity to the virus for some reason that is never quite explained) take refuge in an old abandoned military base. Our heroes struggle to stay alive, find other survivors, and find a cure for the virus so everything can get back to the way things were before the outbreak occurred. Unfortunately, the virus has mutated and as a result the creatures are starting to change into even more dangerous beings that are intent on ripping anyone they come across to pieces.

Will the group of survivors (which is dwindling down more and more each day) figure out a way to stop the zombies and save what remains of humankind or are they just lining up to be the creatures’ next meal?

I for one will be glad when the whole zombie thing runs its course. Don’t get me wrong, I like zombies (and some zombie movies), but I am not as into them as much as some people are. I think that zombies have been done to death in the last couple of years, and as a result there really isn’t anything new or original that can be done with them that hasn’t already been done before by someone else. With that being said, I think that is probably the biggest problem with Extinction: The G.M.O. Chronicles. It isn’t really a bad movie, but I have more or less already seen it countless times before in the form of all of the zombie flicks that have flooded the horror market in the last couple of years. Seriously, if you have seen any zombie movie since around 2003 or so then you have essentially already seen this film as it brings pretty much nothing new to the table and as I was watching it I couldn’t help but feel a sense of déjà vu during most of it. 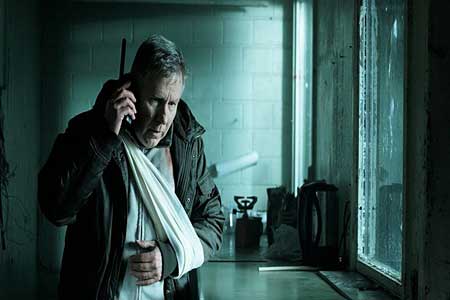 In its defense though, it is one of the better zombie movies that I’ve seen recently (such as The Devil’s Playground and the absolutely horrible Zone of the Dead which should be avoided at all costs). I am not even sure that I would call them zombies as they are a little more like the “Infected” from 28 Days Later. They sleep during the night and are more human-like than zombie-like in the beginning before they start mutating and turning into other things. I really liked the characters too (except for the whiny ass guy who is for some unknown reason with the hot chick) and thought that for the most part that they were well-done and more realistic than most characters from your average zombie flick. I even liked the explanation as to why people were turning into zombies( as it showed that the filmmakers were at least attempting to be original) and thought that the creatures looked better here than they have in most zombie films that I’ve seen lately. While there are many things to like about the movie they are all overshadowed by the simple fact that it is just so damn painfully unoriginal. How unoriginal is it? Read on, my friends. 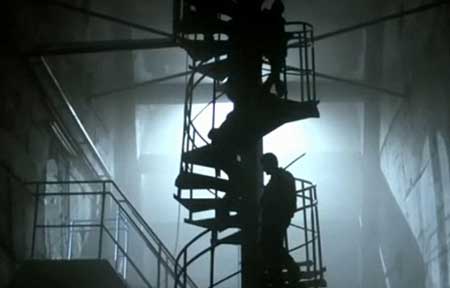 The first ten minutes or so are basically the first ten minutes or so of the remake of Dawn of the Dead as we have a man driving down the road while all hell is breaking out around him as the zombies are attacking everything that moves. From there it becomes 28 Days Later as there are a lot of shots of deserted streets and even a scene where some characters go shopping at an empty grocery store. Hell, we even have a touch of the Resident Evil games as the zombies start to mutate into other creatures and there is a big bald zombie guy wearing pretty much the same leather outfit as Nemesis stalking our heroes at one point (and he is almost unstoppable, just like Nemesis as well). Hell, to be honest I expected a friendly zombie named Bub ala Day of the Dead to eventually make an appearance but it didn’t happen. 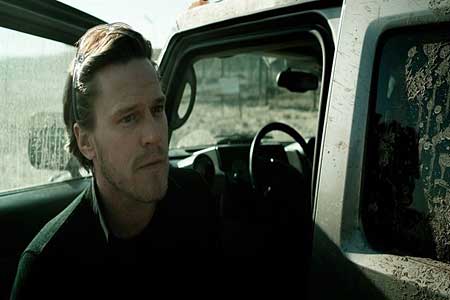 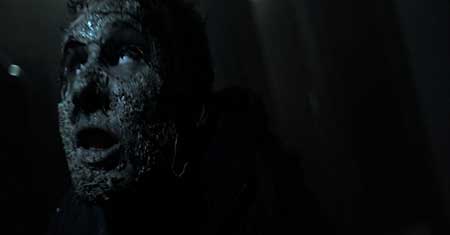 As I said earlier, Extinction: The G.M.O. Chronicles isn’t a bad movie; it has just been done a million times before. It’s unfortunate because it is obvious that the cast and crew are talented, and it just seems a waste to me that they all worked on a movie like this together when they could have done something better and more original. Check it out if you are a fan of zombie movies, but just don’t expect to see anything new or original.