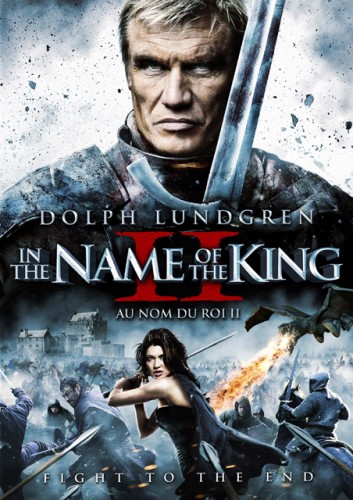 An ex-Special Forces soldier gets thrown back to medieval times to fulfill an ancient prophecy and ends up finding redemption for his own battlefield experiences.

I’m going to come right out and say it. I have no shame in saying that I enjoy watching Uwe Boll films. I think that the label he has received of being the world’s worst filmmaker is unfair. The man comes off as intelligent and passionate about film in interviews and obviously enjoys what he is doing. You could do much worse, you could watch a Michael Bay film. I haven’t seen all of his films, though I have watched most. I enjoyed “BloodRayne”, “In the Name of the King”, “Rampage, and of course “Postal”. The man has a sense of humor about his films and about himself, earning my respect. I also have no shame when saying that I am a Dolph Lundgren fan. When I heard that these to forces had teamed up to bring us “In the Name of the King 2: Two Worlds”, my curiosity peaked. While the film does have its faults, it does manage to do what Boll had set out to do….entertain.

Granger (Dolph Lundgren) is an ex-special forces soldier who spends his time teaching self-defense to under privileged children. After he gets home and has a drink, he ends up being attacked by ninjas. During the fight, he is aided by a young woman (remember they are in his living room) who ends up opening a portal that whisks them off into medieval times. The woman is killed during the fight but speaks of him as being a chosen one. There he meets the King (Lochlyn Monroe) who talks of how a plague is taking out the villages and needs him to go on a mission to kill the evil witch that is responsible. He reluctantly agrees and is assigned a Doctor (Natassia Malthe) to make sure that he completes it. Of course things are never what they seem, betrayals, alliances, and Lundgren battling a dragon all come into play. Oh, and there is a prophecy… 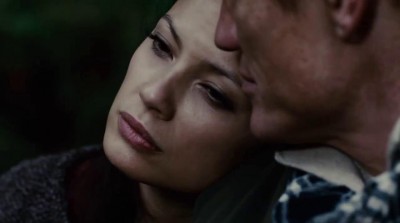 This isn’t one of the better entries in Boll’s resume but it isn’t that bad either. I did however have some problems with it. One of them being that Lochlyn Monroe was horribly miscast. Not only was he wearing a ridiculous dollar store wig, his crown made him look more like the Burger King than anything else. The story itself was interesting enough but I felt the whole prophecy thing was never fully realized and that there is more story to be told. One of Boll’s weak points as a director is how he shoots a fight scene and this film is no different. I read that Lundgren originally turned down the film but reluctantly agreed. The film was rushed into production in order to accommodate his schedule and it shows.

Lundgren was kind of perfect for the film and he is the main reason I enjoyed it. With the time travel aspect, the fish out of water story, who can you think of that’s more out of place in medieval times than Dolph Lundgren. He makes a few wise cracks and kicks a few asses. Money in the bank. I also enjoy watching Natassia Malthe who really does need to be in more films. 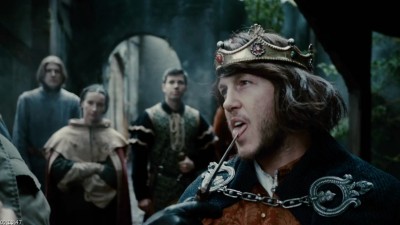 This film falls somewhere in the middle the middle for me. With a budget in the area of $7.5 million, I find it hard to believe that he can’t turn a profit here, and much more entertaining than some of his larger budgeted films. Lundgren fans will enjoy seeing him out of his element and watching him fight a dragon. I am going to give “In the Name of the King 2: Two Worlds” *** out of five stars. If you don’t like Boll or Lundgren, just keep your money and walk right past it. If you’re like me or have similar tastes, you will enjoy the silliness and have fun with it. Besides, we all have “The Expendables 2” coming next year!! 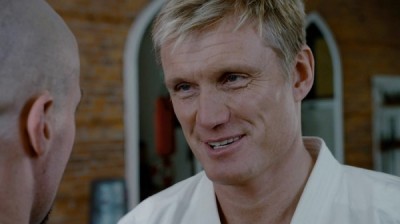