Top 10 Horror Films from the 90’s Worth a Viewing

Of course, we all remember the Scream films and maybe include The Blair Witch Project on a list of non-sucky 90’s horror flicks, but as a young one coming up in that decade, I remember the theaters containing a whole lot of awful horror.

Granted, I enjoyed the film greatly, but I remember at one time that Wes Craven’s New Nightmare was the best horror film I’d seen in a theater. If that doesn’t indicate a lackluster decade, what does?

So, while it might not have been a decade of cinematic horror magic, I thought it’d be nice to try and pop on the rose-tinted glasses for a second and remember the good over the bad.

Sure, the theaters might not have offered much, but there was a lot to be had in good 90s horror. What follows will be 10 selections from that list. There are more, sure, but I’ll try and focus on stuff that many might not have seen…and by that, I mean that I won’t be including Dead Alive on this list.

10) Vampire Journals
– This film was an off-shoot of the Subspecies series, a series of Full Moon Pictures vampire flicks that I absolutely loved and would include on this list in a second if other films that I liked more didn’t exist. Those films followed the exploits of a vampire named Radu, a ruthless monster who lived for nothing but blood and dominance. 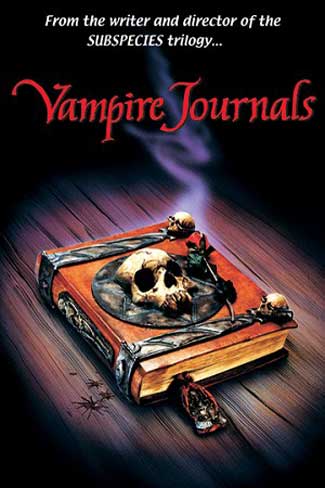 Vampire Journals deviates from that format greatly, giving us something more akin to what one might find in an Anne Rice novel…but with more intrigue? For a tiny, independent film, the beautifully-shot and hauntingly-paced Vampire Journals had a very strong undercurrent of politics and, yes, intrigue that I wouldn’t have imagined in an effort coming forth from a B-film studio whose other great claims to fame are Puppet Master and Demonic Toys. Our hero is tortured, our villain tortures, and the politics between their battles are absolutely riveting.

Oh, and did I mention that the movie is absolutely gorgeous? It’s one worth watching just ’cause it’s purty.

9) Stephen King’s The Night Flier
– I don’t want to go off on a vampire trip with this list, but this was an HBO exclusive film, if I remember correctly, and it was another absolutely amazing 90s vampire flick. Miguel Ferrer, in his 2nd fantastic Stephen King role of the 90s (after his performance in The Stand), plays a tabloid journalist who sinks his teeth far too deeply into one particular story, to the degree that it ruins his whole life…or was his life ruined from the start? Was it fate or a monster? Watching the whole thing unfold is a great ride, for sure, and I’ve probably seen The Night Flier a dozen times. And I might watch it again tonight. 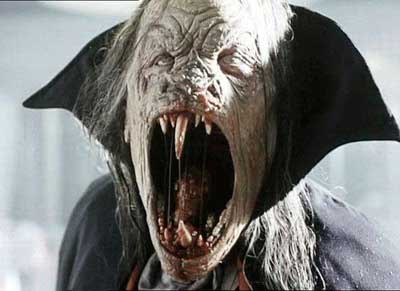 8) Children of the Night
– Heh. Yeah, it’s another vampire flick from the 90s, and it kicks ass. It’s funny, gory, slimy, has Karen Black and takes the concept of Salem’s Lot and makes it enjoyable in film format. One of the few productions of Fangoria Films, it’s definitely one worth catching, and is just a lot of fun. Gross fun. 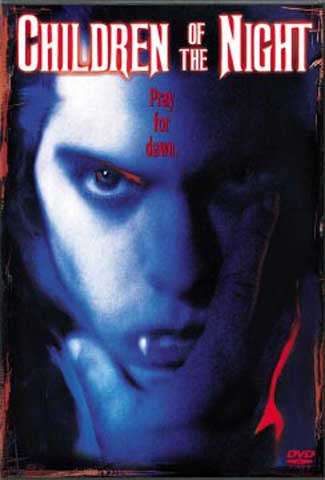 7) Maniac Cop II
– Oh man, the scene in the precinct! I liked the first in this series and was okay with the 3rd, but the 2nd was just a powerfully mean ride that really got the idea of a stampeding, unstoppable maniac zombie cop right…not that so many movies tried! Thankfully, one did, and this was it! Great cameos, stars, Robert Z’Dar in makeup and violence puts this movie over the edge as sheer catharsis in a sense and violent voyeurism in another. It’s reckless and powerful…and entertaining at the same time as it’s relentless. 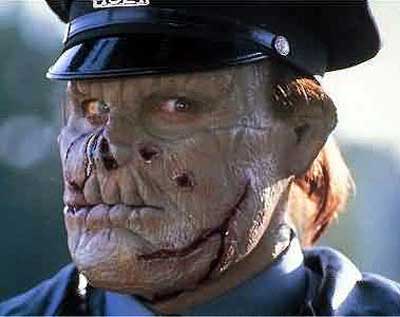 6) Wishmaster 2
– What? A sequel and not the original? Yes, and the reason why I prefer Wishmaster 2 to the original film is that it’s exactly the same, except that the inane backstory has already been told, which leaves us with nothing but watching the players play their games. And they’re great! Andrew Divoff plays the Djinn character with such evil glee that he becomes a study in a way, a vision of menacing fun that just a blast to watch. Otherwise, it’s just Wishmaster again, which was a passable film that was improved by just letting the main player run amok. 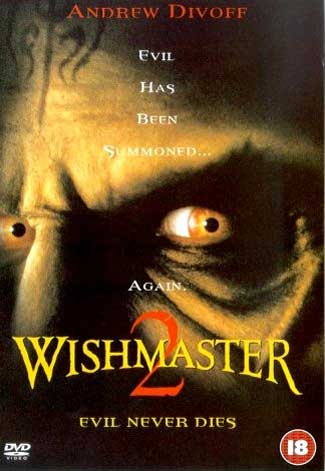 5) Tesis
– This, as far as I know, was Alejandro Amenabar’s (The Others, Abre los Ojos) first film, and it isn’t slick at all. It’s a raw, indie film that came about in the same timeframe as Se7en, but all it shares in common with that classic is that it’s a murder mystery. This movie is a tale told with class and style, taking some typical horror film stereotypes and playing them against type, making for a really refreshing spin on what could’ve been just another mystery flick. There isn’t a weak performance in the bunch, and it has just enough brutality to serve as a payoff for the strict mystery of the 1st 1/2 or so. 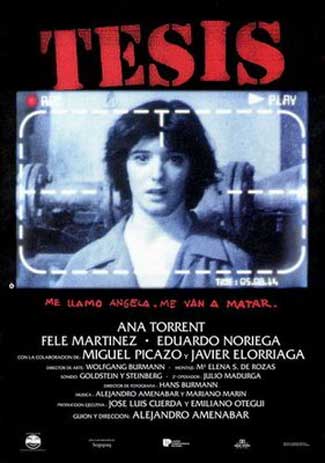 4) Night of the Living Dead (1990)
– When the movie came out, I distinctly remember the reviews of it giving it a healthy sh*t. Left and right, the movie was panned for…well, whatever reason…and didn’t get a fair shake for years. Now, I think it serves as one of the best examples of a remake done right that one can find. Tony Todd, Patricia Tallman and Tom Towles all owned that movie with performances that blew the roof off of the original, and the twist on the original’s ending put a solid stamp on it that proved that the remake could stand on its own. The updates in gore were certainly welcome, and the movie, however unnecessary it was in being a remake to such a classic, turned out to be one of the best horror flicks of the 90s, period. 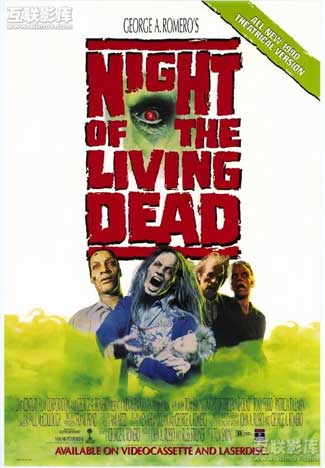 3) Candyman
– Another Tony Todd classic here, and this is one that just has to appear on any list of “best horror of the 90s.” Whether overexposed within the genre community or not, it is impossible to ignore, for its visceral nature, haunting tone, amazingly adapted story, and creation of the only real horror character of the 90s who mattered. We might have had Ghostface from the Scream franchise, but such a character pales in comparison to the combination of turmoil and malice present in Todd’s portrayal of Candyman. Any movie that has people afraid to say a word five times into a mirror has done its job well, and Candyman is definitely such a film. 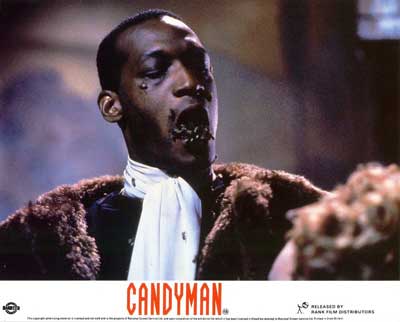 2) The People Under the Stairs
– This movie, to this day, has me on the edge of my seat every time I see it. Everything about that movie was scary and tense, and the simple fact that the titular characters under the stairs weren’t the scariest thing in the film is an amazing feat. The dog was scary, the dynamic between Mommy and Daddy was disgusting, and the danger never ceased. The feeling of absolute confinement never let up, and 90 minutes of pure tension makes for one Hell of a movie. Give me 10 more of that, Hollywood! 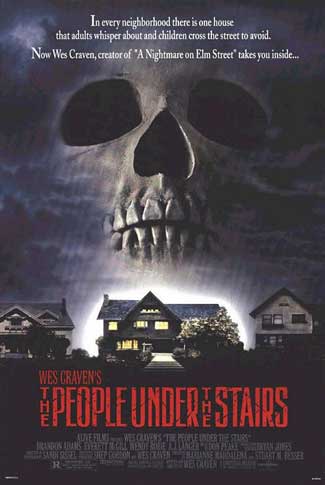 1) In the Mouth of Madness
– This is my favorite horror flick of the 90s by a country mile. The Lovecraft influence, mixed in with the widespread paranoia, sheer “what the f*ck?!?” factor and wild-eyed acting throughout the film made for a really enjoyable horror experience. Add that to amazing locations, a killer story and an interesting philosophical question, as well as enough gore to balance out every fear-collecting avenue the film could have chosen, one is left with what is pretty much a perfect horror film. It might have been a bit underrated in its time, and might even be a bit forgotten in the present day, but in my opinion, it is John Carpenter’s absolute best movie, bar none. Forget Halloween, The Thing or Escape from New York. If you want to see the best that Mr. Carpenter has to offer, you might be well-served by Big Trouble in Little China, but In the Mouth of Madness is the horror fix you’d demand from a horror film legend. 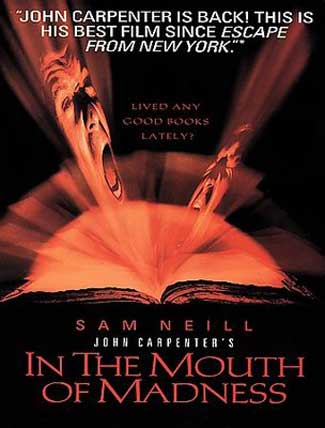