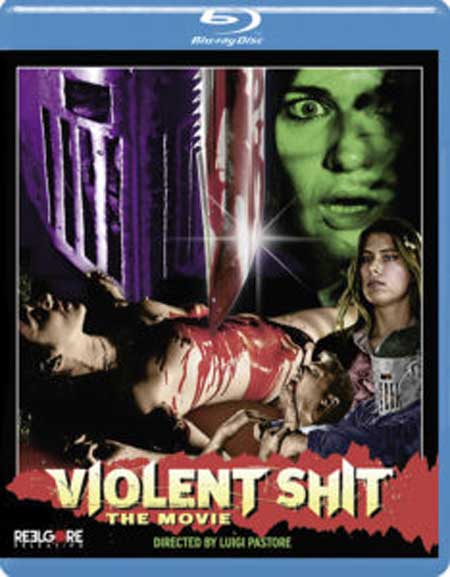 Rome is shattered by a series of gruesome murders that paint the Eternal City deep red. The suspicion grows that these atrocious crimes are connected with the return of one of the most heinous serial killers of our time – Karl the Butcher.

And now, for a new entry into the “I did not see that coming” category of extreme cinema reviews… I was fairly surprised when I heard that Marcel Walz was remaking Blood Feast, and similarly surprised when I heard that Timo Rose was taking on The Corpse Grinders. Don’t get me wrong, I wasn’t upset in the least, it was actually nice to see some of our lesser known favorites getting some new attention. But it was nearly a shock to the system when I heard that Andreas Schnaas’ 1989 debut, Violent Sh*t, was getting new life breathed into it. The fact that someone out there was a big enough fan of Karl the Butcher to re-tell his tale was not only surprising, but very exciting. But don’t expect a shot-for-shot remake here – remember, the original has very little plot to it aside from the various killing. No, this new one delves into very different territory.

Italian director Luigi Pastore (director/co-writer; see also his debut feature, Come una Crisalde/Symphony in Blood Red) is the brave person who decided to take on the return of our friend Karl the Butcher, along with co-writers Lucio Massa (Hippocampus M 21th) and Emanuele Barbera. As the film opens, we see where remakes can often improve the source material – as with the original, Violent Sh*t: The Movie opens with the origin story of young Karl being abused and then meeting a shadowy figure that sends him in a decidedly Michael Myers direction, but now everything looks much better. This movie was not made with the help of a few friends over a handful of weekends, and it was not shot on video. The picture is crisp, the blood and effects look a ton better, there’s a budget here, and we’ve even got actors this time around. And that is pretty much where the similarities end. 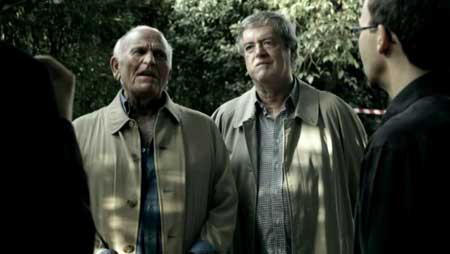 Where the plot of the original Violent Sh*t was very thin, just a slasher film with a guy killing random people and not much else to it, the remake (or maybe reboot is the more appropriate word here) goes in a million directions at once and ends up making very little sense at times. We’re not in Germany anymore, but rather Rome. Two detectives, Aristide D’Amato (Vincenzo Pezzopane) and Hans Ebert (Steve Aquilina, who has not only worked on a handful of Andreas Schnaas films, including the original Violent Sh*t, but also runs the new horror label, Reel Gore Releasing, with Cult Epics founder Nico B), are on the trail of a serial killer, and they’re starting to believe it might just be Karl the Butcher. Meanwhile, Senator Vinci (Antonio Zequila) is a corrupt politician who seems to have a thing for torturing girls. Professor Vassago (Giovanni Lombardo Radice: Cannibal Ferox, Cannibal Apocalypse, and Ricky from House on the Edge of the Park) and his assistant Liliana (Erika Kamese) have been working on an experiment related in some way to Attila the Hun, and are throwing a party to show off their results. And somehow all of these storylines converge in a haphazard way to bring us the confusing climax of the film. 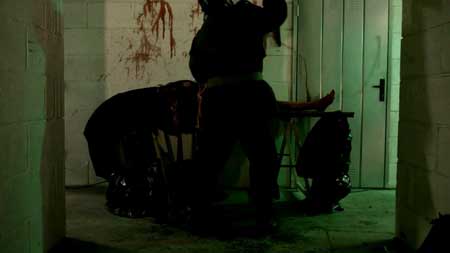 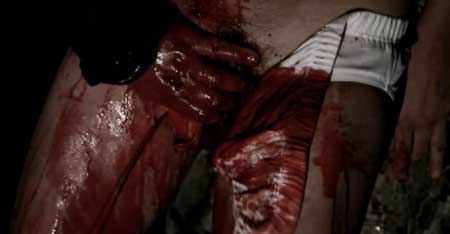 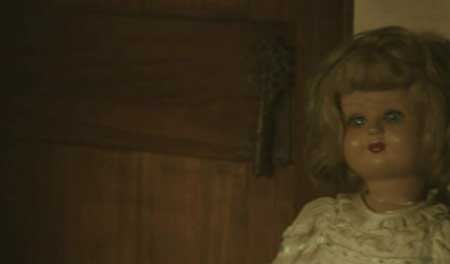 Violent Sh*t: The Movie seems to go in a lot of different directions all at once and leaves a lot of loose ends within the storyline. At the same time, it does deliver the goods in other areas. If you’re a fan of Andreas Schnaas’ films, you’ll be happy to know this one is, indeed, full of blood and boobs and references to some of his other movies. You’ll also be happy to know that Schnaas himself makes a cameo appearance, as do many others. While the detectives hunt down the killer, they are inexplicably taunted at the crime scenes by a couple of medical examiners (?) played by Luigi Cozzi (director of Contamination and Hercules) and Enzo G. Castellari (director of The Inglorious Bastards, 1990: The Bronx Warriors, and many others). Barbara Magnolfi (Olga from Suspiria) plays a murder victim, and if you look real close you’ll catch Antonio Tentori in there as well (screenwriters for films by Dario Argento, Lucio Fulci, Bruno Mattei, and others). And to round out the list, the soundtrack is performed by none other than Claudio Simonetti’s Goblin. 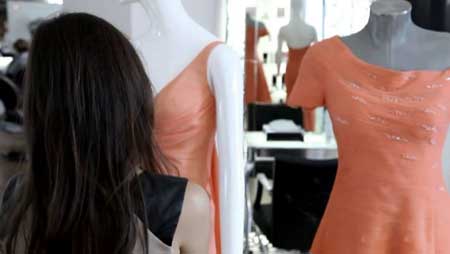 Violent Sh*t: The Movie has lots of cameos by our favorites of Italian cinema, it has lots of blood and gratuitous nudity (combined with cannibalism, if that’s your thing), and it has lots of nods to both the giallo tradition and Schnaas’ films (he even gets to say “Don’t wake the dead”). What it doesn’t have a lot of is Karl the Butcher and the dark humor found in the German splatter films, which is unfortunate as those are probably the two main things audiences wanted most out of this reboot. On the other hand, the gore is higher quality, the acting is better, and the overall look of the film is leaps and bounds better than the shot-on-video original. As with any remake, then, there is both good and bad here. Bottom line, Violent Sh*t: The Movie is fun and entertaining, and to see a German horror “classic” translated over to an Italian style is kind of exciting. 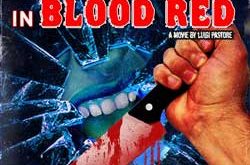