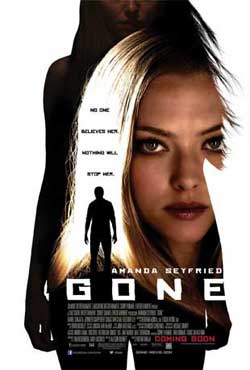 When her sister disappears, Jill is convinced the serial killer who kidnapped her two years ago has returned, and she sets out to once again face her abductor.

I like surprises. I like finding ten bucks in a jacket, an old friend who calls out of the blue or a sunny day when they told you it would rain. I especially like it when movies surprise me and “Gone” has certainly done that. I’ll be honest, when I put it in I wasn’t thinking that hard about what my expectations were. If I had I might have put in a category of film where someone, whether the director, writer or actors, are simply trying too hard and fall short of the mark. Regardless, what I ended up watching was pretty far from what I expected. 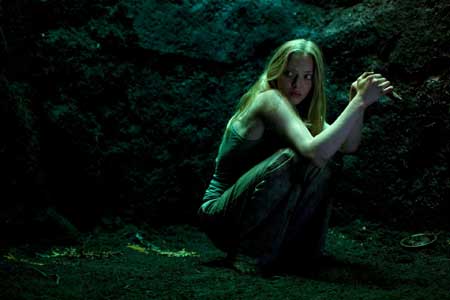 When Jill’s sister Molly disappears she is certain that a man who kidnapped her a year ago is back and going to kill Molly. She goes to the police but since they never discovered any truth to her original abduction they don’t believe that her sister has been taken. Jill decides to take matters into her own hands and tries to find Molly herself, but after she brandishes a gun she must also elude the same police who wouldn’t help her in the first place.
“Gone” starts out slow. The opening sequence is nothing more than a traipse through the woods, literally. 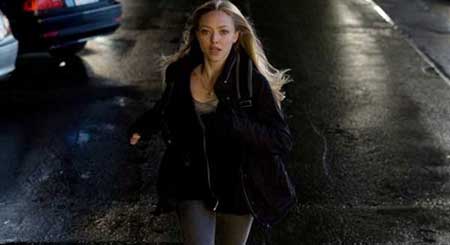 However, this pace in the beginning is just the fuse that once lit, fires the story at a speed that threatens to overtake itself. Jill is played by Amanda Seyfried (“In Time”, “Jennifer’s Body”) with such wide-eyed freneticism that the mental instability that everyone thinks she suffers from begins to feel as if it might actually be true. She plays her decisions with eagerness and conviction so that even the risky and rash actions become moments to cheer. Written by Allison Burnett (“Underworld: Awakening”, “Untraceable”), the story takes sharp turns in unexpected directions yet never veers off course. Decisions are made with purpose and push everyone inexorably forward. One of the first people Jill questions is described by a neighbor as ‘squirrely’ and becomes a theme with most everyone she meets; this adds an unstable unease throughout the film as she searches for her sister. Brazilian director Heitor Dhalia does a great job keeping pace with the story and its shifting moods and captures the lush verdant side of the pacific north-west. 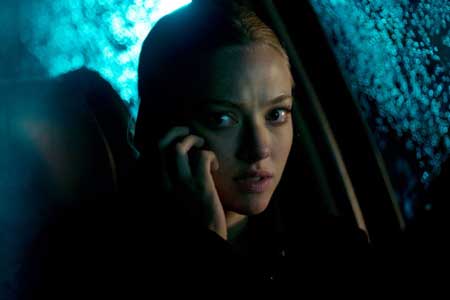 Another surprise is the casting that becomes a parade of familiar faces. Jennifer Carpenter (“Dexter”, “Quarantine”) plays her friend and coworker Sharon, Joel David Moore (“Avatar”, “Hatchet”) as one of the squirrely types Nick Massey, Wes Bently is Detective Hood (“American Beauty”), Sebastian Stan (“Captain America: The First Avenger”) plays Molly’s boyfriend and there’s even a small part for Hunter Parish (“Weeds”.) All the parts are well played and bolster Seyfried’s unnerving portrayal of Jill. The cast help keep this afloat as it rushes head long so fast that it seems it may tip forward and fall flat on its face but if one were to say it does then it wouldn’t be until the end. 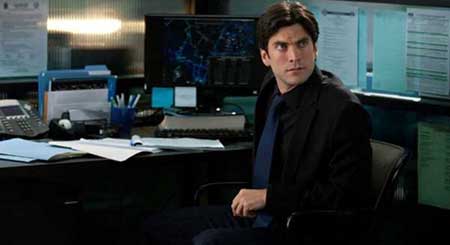 The ending, while not bad, lacked an emotional punch that might have made a more lasting impression. Early on the movie does do a good job of giving misleading forays into who the killer might be but many of these turn into empty red herrings that simply disappear into the narrative. These loose ends detract from the ending and make it easy to disregard the passion in Jill’s journey. Red herrings may service a purpose but will be of little use if they don’t have meaning that they lack in “Gone.”

The problems that do exist here have certainly prevented this from being a must see movie but it’s also a case of a movie, generally panned by the critics with little budget for advertising that’s still a decent film. The ending may be lackluster and even seem a bit abrupt but the ride to get there is screaming rollercoaster with suspect safety bars.